are you still around or have you fallen prey to your latest creation? ^^

It’s a tough fight, but I’m still alive and kicking :)

Since the kraken is a creature of the sea a maritime design would have been natural.

Actually our Kraken has a bit of a different backstory and is an inhabitant of swamps, rather than the sea. In our latest Blog Post there’s some more info on it if you are interested: Kraken Blog

Considering our Krakens habitat it would’nt really make sense to use any maritime symbolism.
In the case our our Banner the use of the kraken is just a symbol of strength, like a lion for example. I focussed on making it look like an intimidating banner a mercenary company would actually field. That’s why it is a lot darker than most of the earlier banners.
Up until now no mercenary banner uses any “makeshift” materials. This is important to disntinguish the banners of different factions and underline their character. The bandits for example only use makeshift materials for their standards: 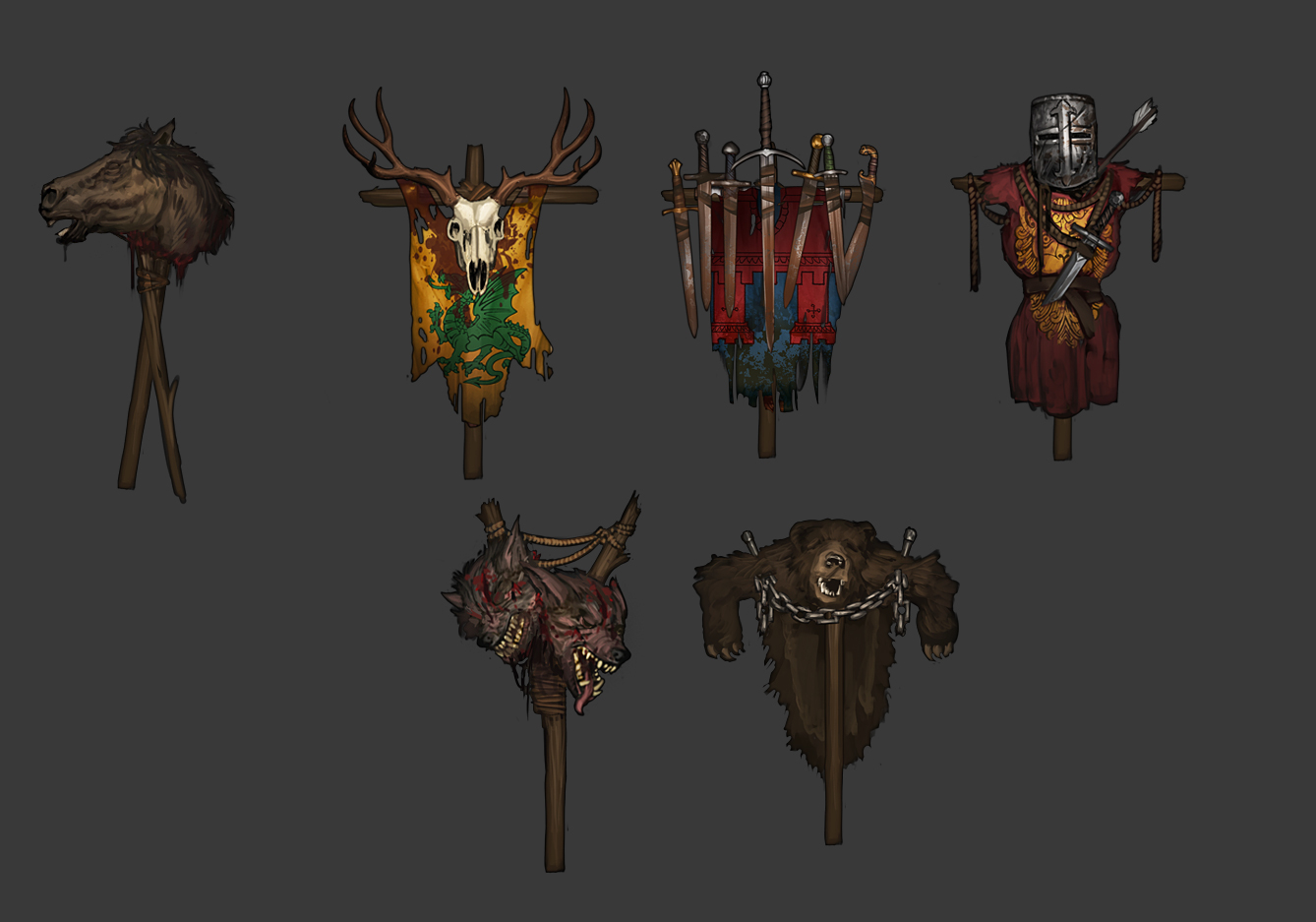 I hope this explains a bit why the banner looks the way it looks.