Here we go with a dev blog many of you have been waiting for. After ambitions and retirement, late game crises, also known as the ‘Greater Evil’, are the third aspect of adding more purpose and challenge to the game that we’re going to introduce with the upcoming update. Let’s find out what it’s all about!

Older players may remember that when Battle Brothers first entered Early Access, enemy factions would keep on growing and eventually overpower the world of man, if not kept in check by the player. For all the many balancing issues this raised, it certainly had a cool thing about it: the world was changing around you, and what you did had a tangible impact on the world. As we’re nearing the point now where all of the game mechanics are done, we’re going to re-introduce the ability of enemy factions to start an invasion and overrun the world. Only this time, it will be part of one of three different late game crises, and it will be supported by unique contracts, events and gameplay mechanics.

So, where to start? A late game crisis happening is not optional, but you do have some options on customizing them for your campaign. As you start a new campaign, you’ll be able to choose between a random late game crisis (the default), a war between noble houses, a greenskin invasion or the undead arising. A random crisis is probably slightly harder, because you can’t prepare for a specific enemy right from the start, but if you prefer fighting any particular enemy, or just want to see them in action, you can determine the flavor of your future challenge here. 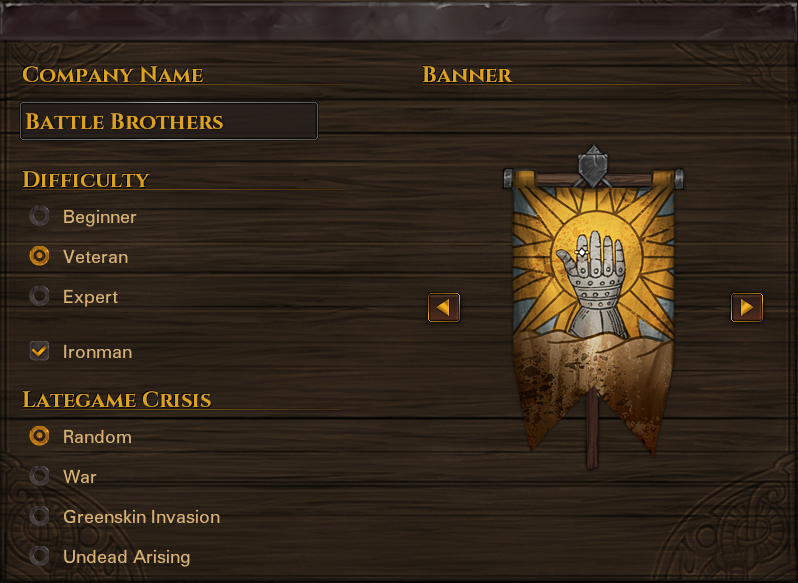 As the name implies, a late game crisis only really kicks in until after some time into your campaign, allowing you to build up your company to a respectable level first. Once the crisis starts, it occurs in two phases.

The first phase is the buildup where you’ll encounter warning signs – like events about more greenskin sightings, greenskin camps creeping up closer to settlements, and more contracts that deal with their presence – and can choose to prepare accordingly. Not that long after the first phase, the second phase will start, and this is where the crisis really begins. What happens exactly depends on the type of crisis;

In the event of a greenskin invasion, orcs and goblins will combine forces and no longer fight each other, even sometimes attack in mixed units, which will challenge even experienced companies. They will aggressively expand into human territory with new camps, send raiding parties to pillage any attached locations (e.g. wheat farms, mines, watchtowers) and ultimately burn settlements to the ground. Attached locations act as hitpoints for settlements – only after every single such location has been destroyed, can the settlement itself be destroyed. Burned-down locations will eventually be rebuilt, if you defend a settlement for long enough, but settlements destroyed entirely will remain so permanently. Contracts against greenskins will be more frequent, and there’ll be several new contracts in the game specifically for the greenskin invasion, as well as around a dozen new events. 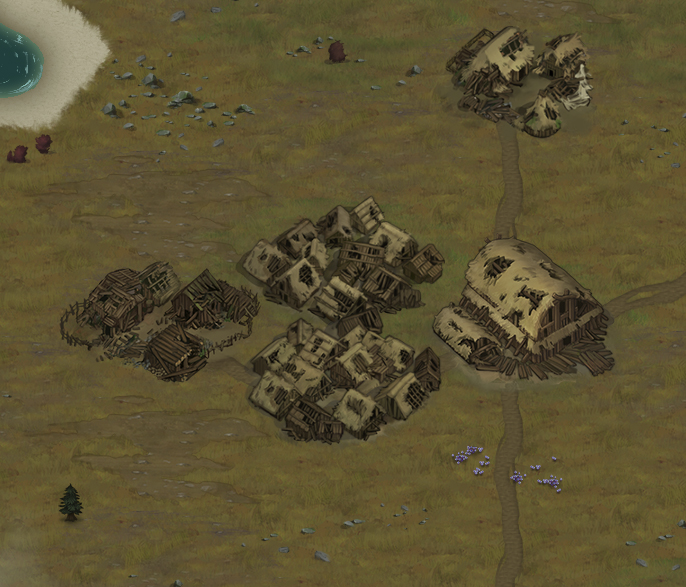 In the event of the undead arising, the ancient dead will combine forces with necromancers and wiedergängers, which otherwise are independent factions. The air will be filled with dark magic, and there’s a chance that anyone, no matter how they died, will return as a wiedergänger. Like with the greenskin invasion, there’s several new contracts in the game specifically for dealing with the undead, as well as around a dozen new events that focus on them. The undead, too, seek to destroy the world of man and will burn down locations attached to settlements. Unlike greenskins, however, they won’t destroy settlements entirely but rather turn them into an undead necropolis – a heavily fortified base from which the walking dead pour down to sow dread and despair. 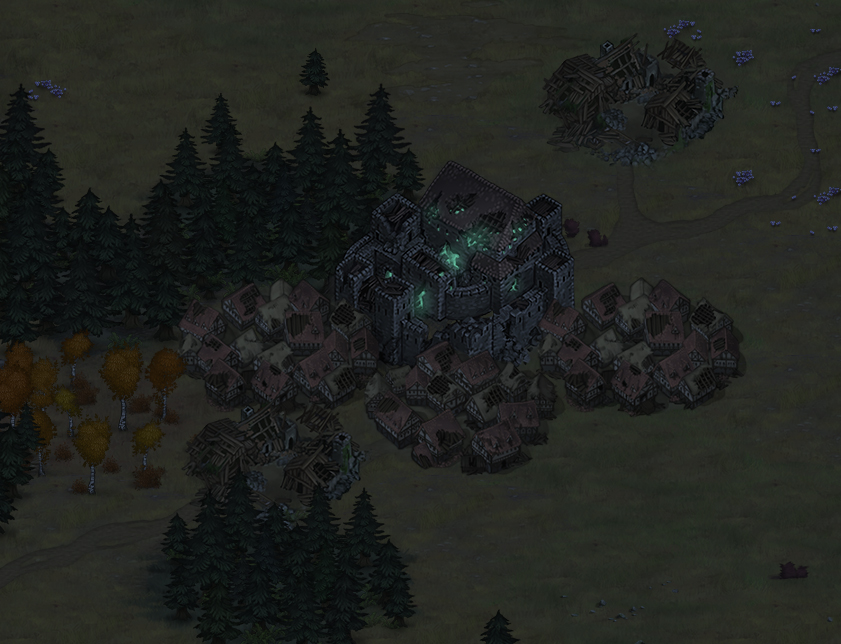 In the event of a war between noble houses, regiments will be sent forth from fortifications not to destroy settlements, but to capture them in the name of their lords. Contracts and events will allow you to partake in the assault on fortifications and large battles, but siding with one of the warring factions will make enemies of the other. You’ll more frequently have to face other mercenary companies on the battlefield, and bandits and deserters, too, will thrive. All three late game crises will introduce new mechanics and objectives with their contracts – such as the greenskin siege engine shown below. 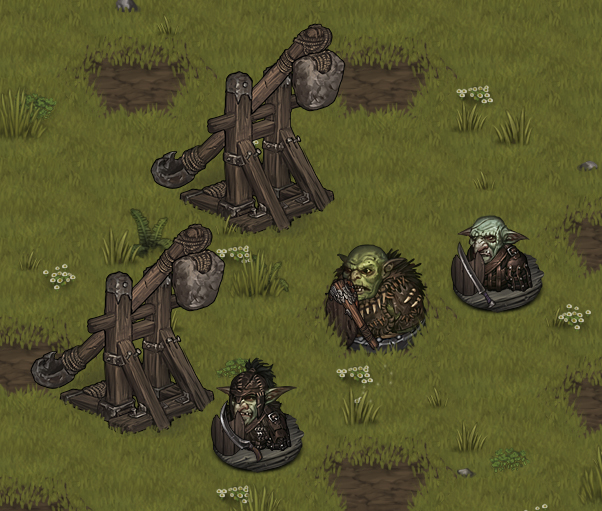 The late game crises tie into both ambitions and retirement; you’ll be able to choose the ambition to repel a greenskin invasion, for example, and doing so will make sure that the name of your mercenary company will live on for a long time, unlocking a new step on the retirement ladder. Ending one of the crises is a ‘soft end’ to the game – you’ve basically won and will be asked if you want to retire from the company at this point, but you can also choose to keep on playing if you want. If you do choose to keep on playing with your company, a new and different late game crisis will eventually start, and you’ll be tested in a different way, and so on.

There’s a lot of work going into these late game crises, so we’ll be working for several weeks exclusively on those.

See You Next Year!

With the Christmas holidays rapidly approaching, this has been this year’s last dev blog. We’ll resume our schedule of weekly dev blogs starting with a new one on January 6th, 2017. Take care and see you next year!