We close the second week after the big worldmap update with a larger update.

There are a few changes of note: We now support Steam Cloud saving, direwolves have finished their transformation from the werewolves of old to a new identity with visuals of their own, balance and progression has been smoothed out a bit to make for less rocky gameplay, and the level-up system for attributes has changed.

The change to the level-up system isn’t necessarily permanent, as we’ll look at leveling as a whole again together with going over all the perks later on during development, but we felt that this was a change we needed to make now. The system previously in place lacked transparency and thus led to some confusion and ultimately frustration as people misinterpreted how it worked. The new system should be easier to understand and offer a better strategic choice on levelup on how to best develop your Battle Brothers. It works like this: You can now see all levelup rolls right from the start (without going through the pick/cancel motion like most players did) and pick three values you want. Levelup values are re-rolled for each level and no longer stick until picked.

We’ll continue to work on any technical or balancing issues that may pop up, but with most now out of the way we’ll transition to adding new content to the game again come next week. What new content is that? 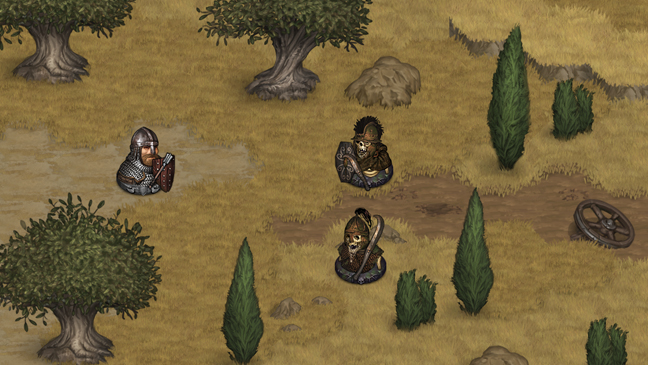 While we’re at it, we’ll also look at some usability issues in combat (primarily with forests) and add some quality of life improvements (like an option to end combat early once all enemies are fleeing). Finally, we’ll keep adding additional contracts to the game. There are 11 more already written and waiting to be implemented, and we have plans for even more.