The holidays are over and it’s back to work! This week we started putting all the pieces we have been creating over the past months together so that we can start playtesting and balancing all the new additions for the update in February.

Reworking the worldmap feels a bit like taking a machine apart and putting it back together. We started again at the beginning, improving the layout and terrain of the world, adding more interesting and unique settlements, and creating a more complex web of different factions. Now is the time to populate the world again and let the inhabitants roam the world.

Speaking of population, the world now has more clearly defined regions than before. There’s the densely populated areas between settlements that belong to noble houses – you’ll find bandits there every now and then, and the odd beast may find its way there, but it’s a lot safer than the regions bordering on the wild. The wild is largely covered in fog at the beginning of the game and for you to explore. It’s home to Orcs, Goblins and worse, and not somewhere you should venture out to before you got some experience under your belt. 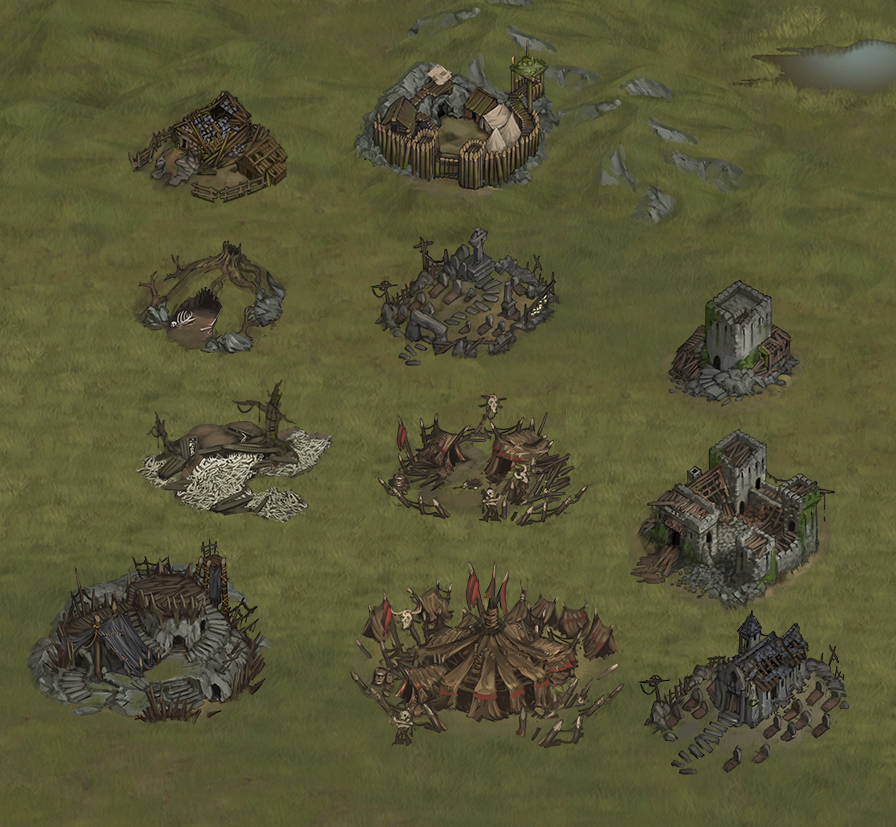 Hostile locations on the worldmap received a graphical overhaul, and some, like the large camps of Goblins and Orcs, got redone. This is because we want to give both Orcs and Goblins more identity in accordance with their lore in the world of Battle Brothers. Orcs, for example, are now actually the nomads they’re supposed to be; they live in tents because they may at any time pack their things, migrate as a large horde to somewhere else (hopefully not near human settlements!) and put down their tents there to raid anything in the vicinity.

Another change is that there is no real distinction anymore between inactive and active hostile locations, as was the case in previous versions. Every location now can send out parties for hunting, raiding and similar, although smaller locations do so less and in fewer numbers, and some factions may be more passive than others. You may find Ghouls hovering around old battlefields and graveyards, or Vampires taking a stroll at night, but the undead are generally content sitting in their crypts and guarding their treasures. 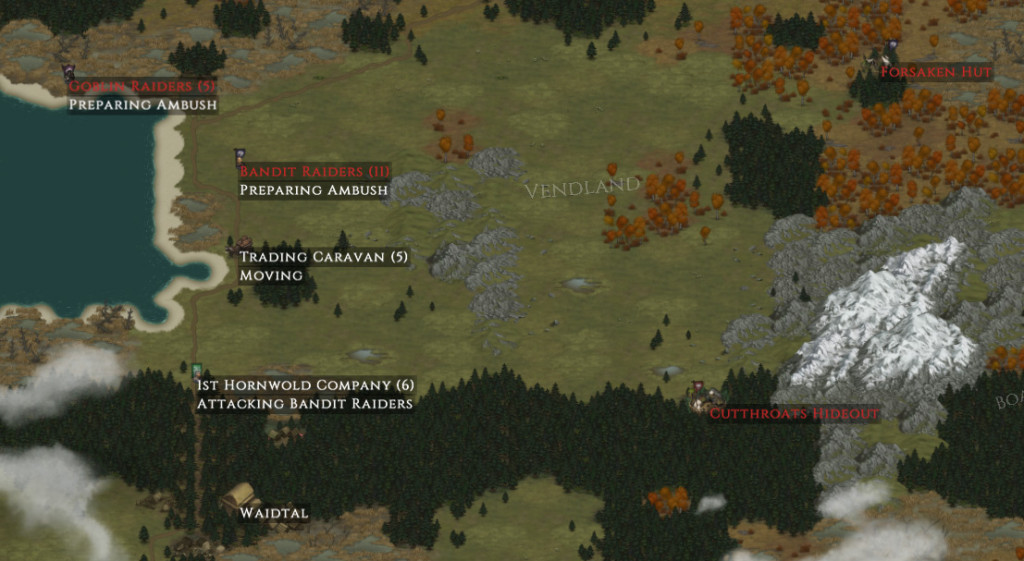 While parties roaming the world will feel familiar if you’ve played previous versions of the game, there have been some improvements and additions. Caravans, for example, now actually carry the produce of the settlements that send them, it can get taken by raiders (from which you in turn can take it) or unloaded at marketplaces of the settlements that caravans reach, for you to buy there. Noble houses patrol their roads and shuffle troops between their outposts, and they’re generally more formidable than the generic Landsknechts of old. Ships now also sail between coastal settlements, transporting goods and passengers.

Because looting golden chalices, ornate tomes and gemstones feels more satisfying than mundane money every time, we’ve added a number of loot items for you to plunder. Those are largely cosmetic, but they also serve another feature we’re introducing: treasure locations. You may find treasure at all kinds of locations, of course, but there’s now a few locations well-hidden and littered around the world that contain vast amounts of treasure, including pieces of unique equipment.

You may stumble upon these locations by yourself, or you may follow rumors and leads you pick up around the world. We’ll talk more about treasure locations and rumors in a future update together with the introduction of taverns.