Hey Harry,
the Hammer is in fact pretty big, but on th other hand…its a massive kick-ass weapon :)
In general the look of the weapons changed quite a lot as I painted them over the course of 4 years. I think the spears, swords and axes are some of the oldest assets in the game alongside the nornmal round shields.
So its always possible that some weapons look a little different than others.

any chance you show us the new legendary stuff ? :P

One Set has been found very quickly, as we just added the black monolith to existing savegames and people who already played 300+ days managed to beat it within one hour I think….
So here is the Emperors Armor: 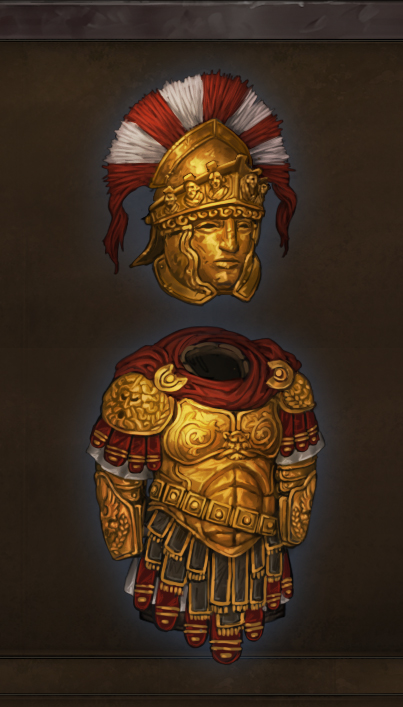 The other three items have not been found ingame yet as far as I know, so I wont show them yet :)

this Picture shows a -white- and a -white/blue- Mail Hauberk. Are they ingame? noble armors? never have seen them …

Yes, its ingame as a named armor: 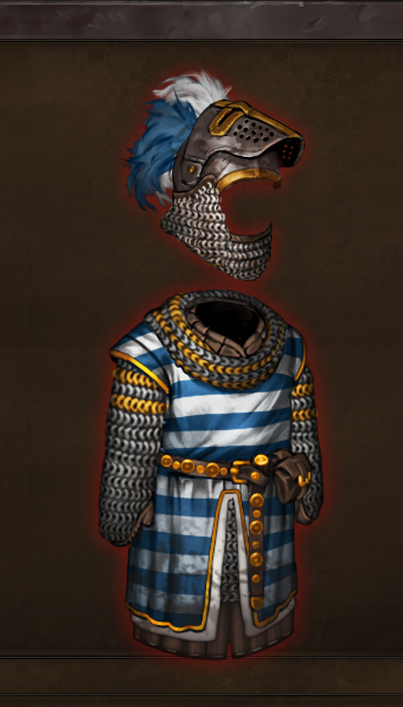