Home / Dev Blog #23: About our motivation and inspiration

This week we go into our personal inspiration and motivation so you may get a better understanding of why we are making this game and what keeps us going. Two of our team members talk about what inspired them to start Battle Brothers and why they think a game like this is due. A little disclaimer: These are highly personal and subjective  opinions by our team members and not the studio itself. 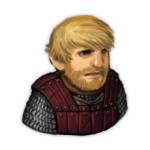 When talking about my sources of inspiration and the reason why I decided to make this game happen, I have to go way back into the 90s. Although I have been influenced by a ton of great games over the course of all these years it all boils down to two key impacts.

The first one was Hero Quest (the boardgame). That game really opened my eyes about what is possible. I still think this is a masterwork of game design. Apart from the solid and deep basic boardgame mechanics it had a great atmosphere and was extremely “sandboxy” for a board game. You were actually encouraged to use the provided content to make up and play your own adventures, that’s basically the definition of a sandbox.

The second big impact followed some years later when X-Com – UFO Defense came out. I don’t know where to start when praising this game. It had it all: Awesome graphics, brutal and intense atmosphere and an incredible freedom of choice. The game perfectly succeeded in making you believe you’re actually fighting off a real invasion instead of just playing one scenario after the other. The level of immersion created in this game was (and for the most part still is) unmatched.

Shortly after finishing the add-on “Terror from the Deep” I started wondering why no one simply transfers the X-com mechanics to a fantasy/medieval setting. I had to wait for…well I am still waiting for a game like that. When I am looking at the current trends in game development I’m gonna wait for another 20 years before a game like that is made.

That’s why I decided to take matters in my own hands and begun working on Battle Brothers. 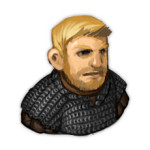 Looking at the gaming world today shows two big streams of gaming projects. The multi-million AAA games and the small independant games. I, as a life-long gamer, have my quarrels with both of them and the state they are in gave me a big push when deciding to go and start my own gaming project.

Regarding the big gaming titles, there is are a lot of issues why I think most of them are not very good games but this essentially boils down to two major things: Simplicity and linearity.

The trend to simplifying and streamlining gaming mechanics started around ten or fifteen years ago with games becoming more of a mainstream entertainment. As great as it is that more and more people are playing computergames, this lead to many games being extremely simple and short. I personally love to sink some time and effort into a game to learn the mechanics and also being able to find some new mechanic even after having played for a few hours. Once a player is able to completely look through all the game mechanics a game becomes perfectly predictable and has nothing surprising to offer anymore thus making it boring in most cases.

The second big thing making the simplicity problem even worse is linearity. Many AAA-games do not seem to know whether they want to be a game or a movie. Endless cutscenes, strictly linear mission, linear story design and a lack of choices make a game an incredibly boring experience. Each and every player that ever played that particular game is experiencing the exact same thing that some story-writer thought would be entertaining. I think that all people are different and everyone has his own understanding of what is a good story or an entertaining game. Unfortunately, there are very few games in the AAA sector that both have complex mechanics and also allow the player to experience his own story depending on the way he plays the game.

This leads us to the second branch of gaming: Indiegames. There is a lot of creative energy and new ideas here which is great but as some people are starting to make a lot of money with really simple games a lot of copycats hit the scene. As fun and novel they may once have been, please do not make another “2D-sidescrolling-action-plattformer” with fancy/artsy graphics –  we have more than enough of those.

Although it seems to be paradox, many indiegames suffer from the problem of simplicity as well as AAA-games but for another reason. I suppose the simplicity is due to resource constraints that indiegames usually suffer from thus prohibiting complexity and a lot of content. Many of them evolve around just one rather simple mechanic that, once understood, offers nothing new or entertaining. I want them to be more complex and deep and offer more than an half-our of entertainment until putting them away thinking “nice idea, fancy graphics but where is the gameplay?”. There is so much more to a game than pixel-graphics!

All of the above made me want a game that offers freedom of choice, complex mechanics and a world to dive in and experience your own story in the way you personally think is fun. All this while offering enough content, variations and new stuff to keep you occupied for a long time. As I do not expect a game like this coming from the AAA- or the Indiegame-sector, I decided to try making a game myself that fulfills all these points and thats where “Battle Brothers” was started.