Here’s a lot more clear example of this bug.

When Theudobald – archer on the lower ground in the middle, using short bow (cursor is on him) – tries to shoot someone, the range / vision grid shows some kind of obstacles, while clearly there is none. 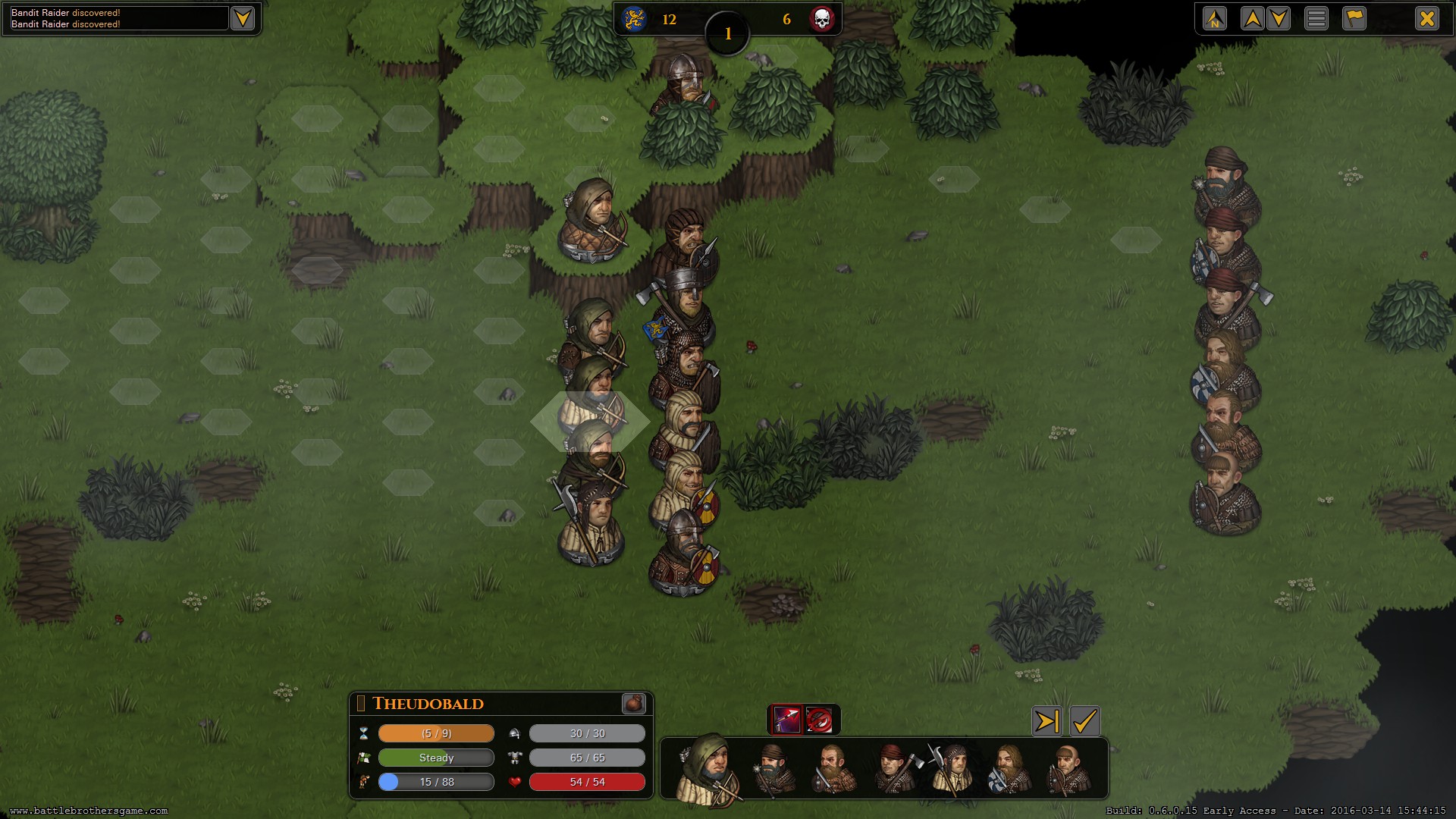 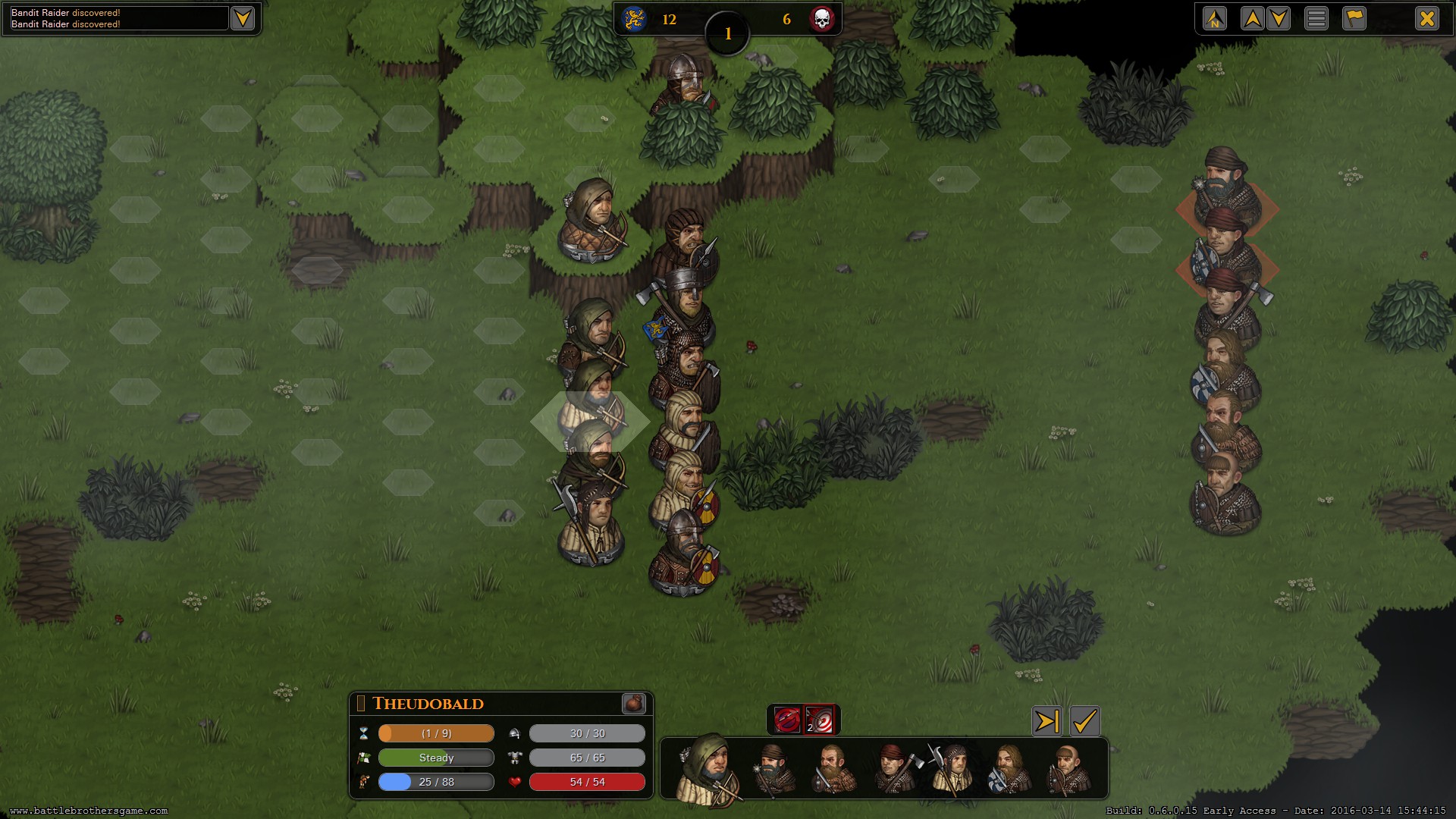 And if you look carefully, the grid shows he can even shoot a spot behind the bush on the hill directly north of him, which is wrong.
He’s the first one to make a move after battle began, nobody moved or used skills yet, if that changes anything..

After waiting turn and then using skills the grid shows proper results: 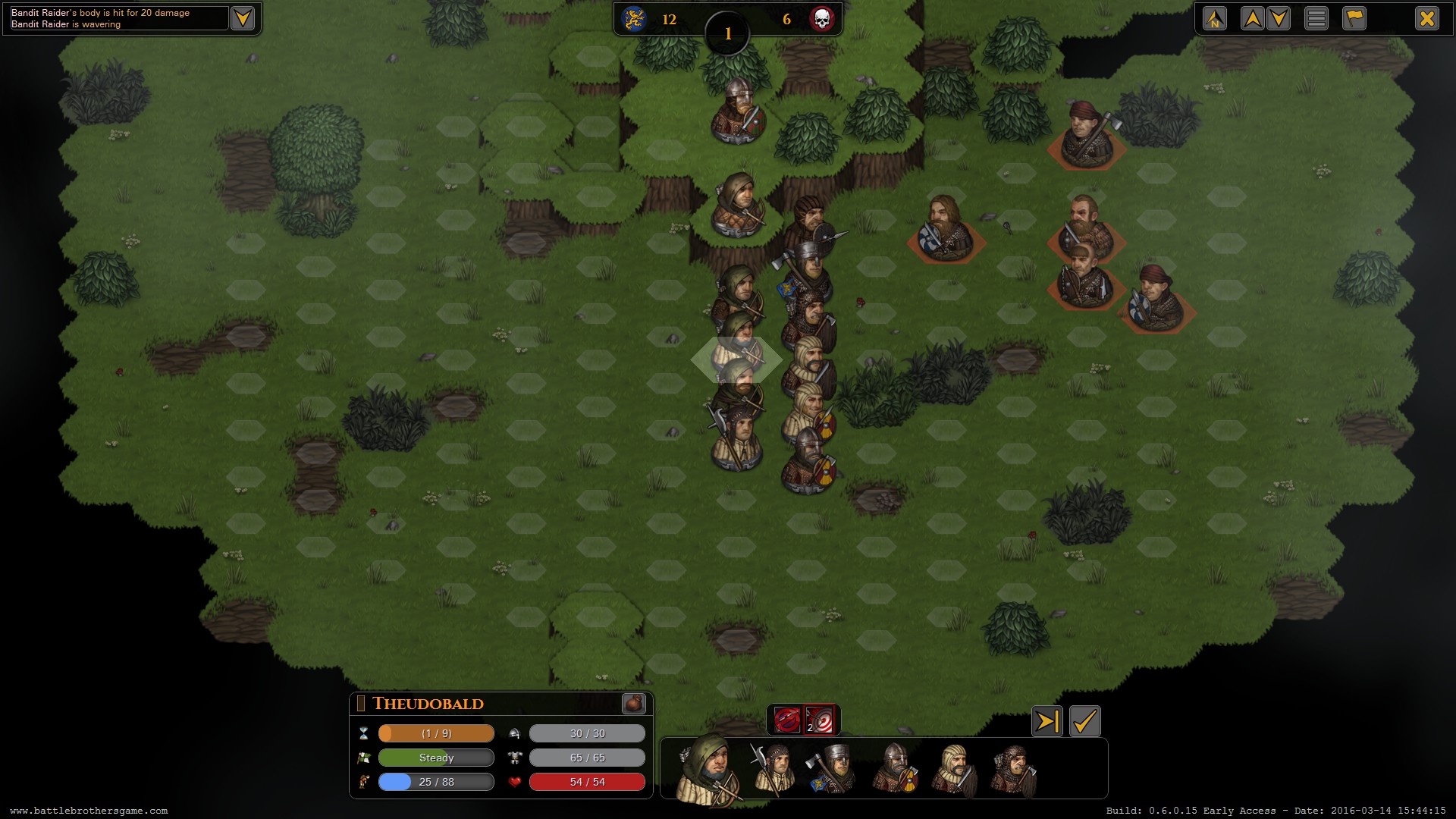 Here is how it looks for Robert, who stands beside him on adjacent tile: 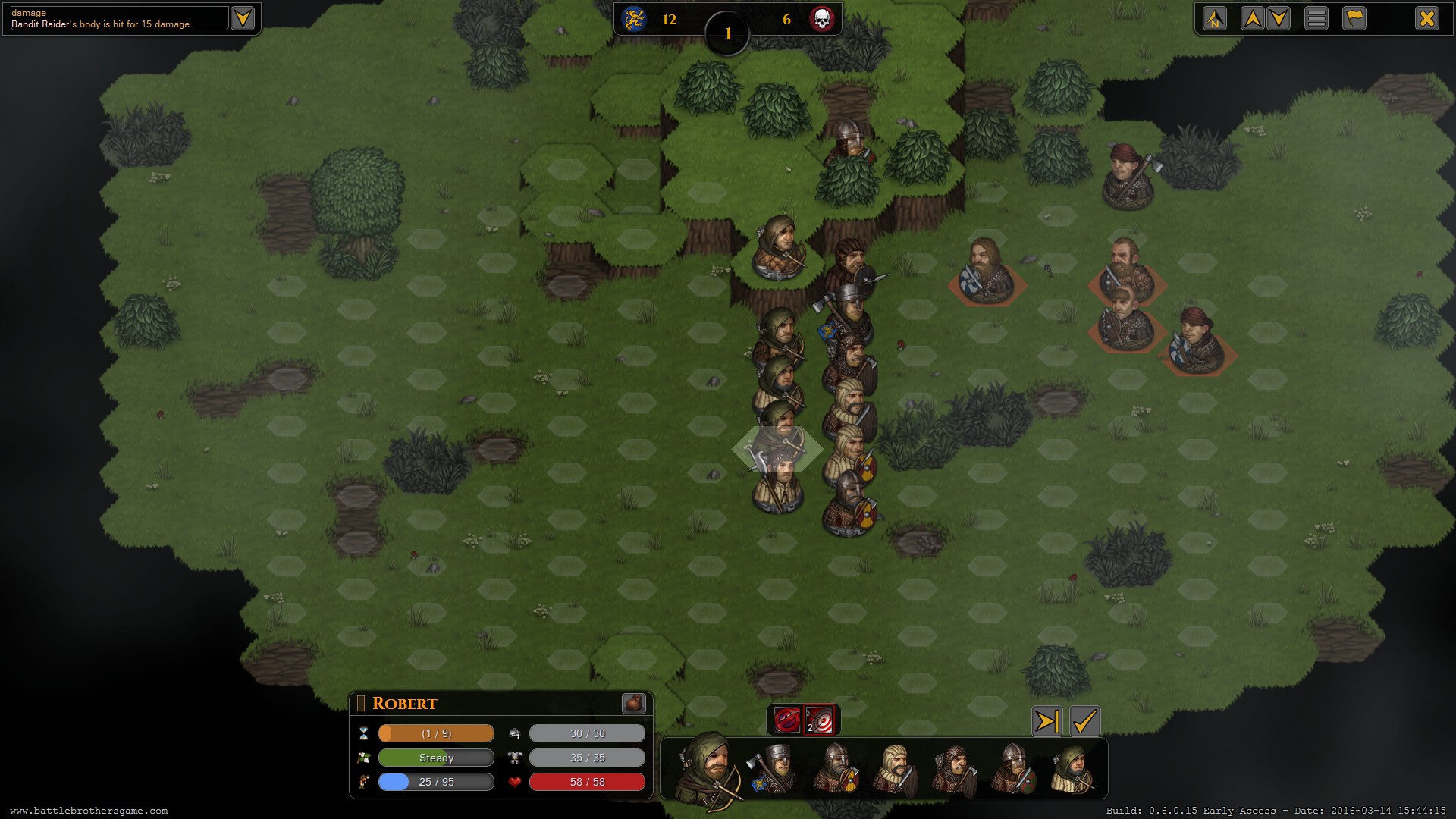