Names of locations other than those of human towns will no longer be shown on the map come next update, though you can still read them in the tooltip when hovering over. Instead, there’s now a banner shown atop the location, just like the noble banners are atop towns, which tells which sub-faction, if any, has claimed that location. It looks like this: 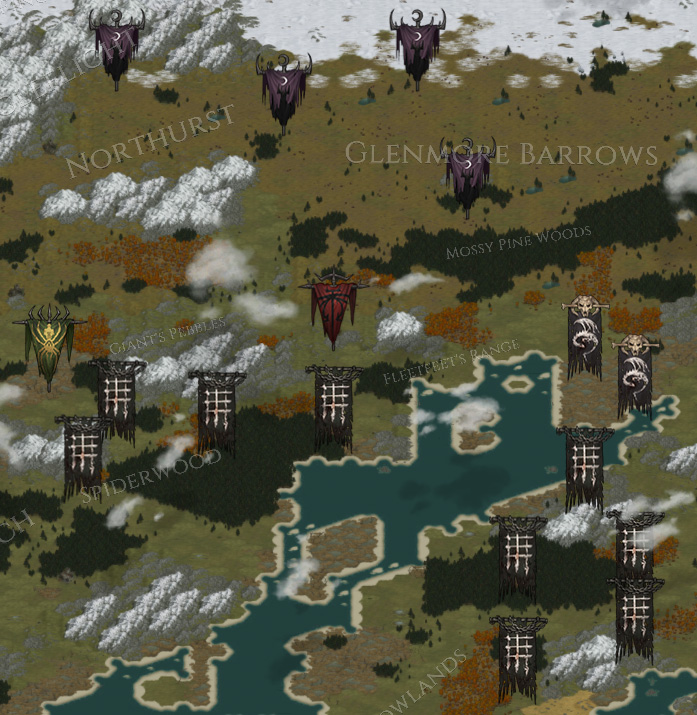