There’s another suggestion, but for banners 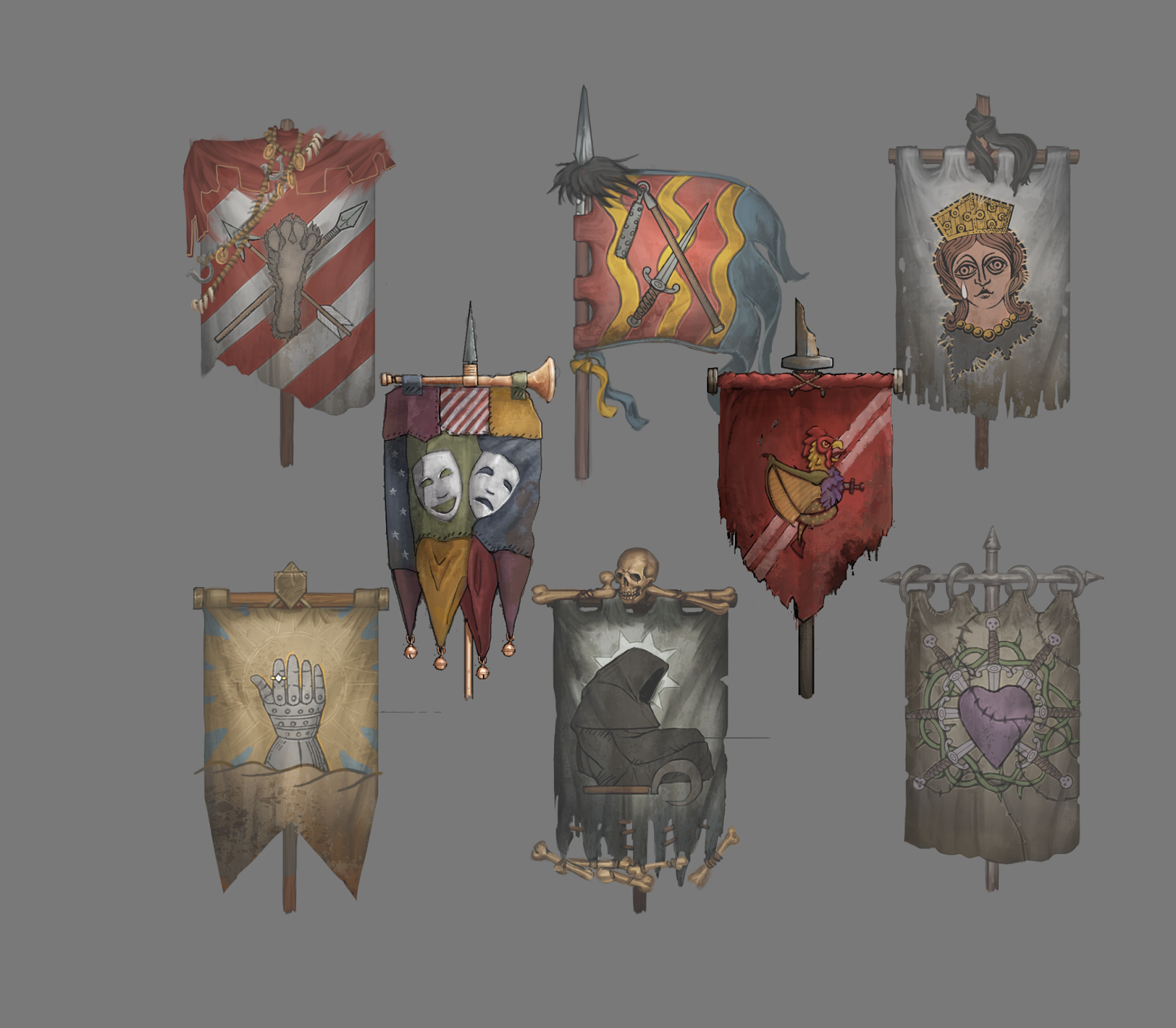 Fucking Cocks, Fowl (Foul) Company,
A wealthy lord hired a company to rescue his bride from a vile cockatrice camping outside her tower. Which they did, after a few loses with the captain delivering the final blow with a busted sword, however the lady somehow later became fat with a child, and this miraculous conception left the lord dumbfounded, and by the time he concluded the worst, the captain had run away with any coin and silverware he could carry a decorative banner of his former employer.

The company’s borrowed banner is dyed a bold red, and hosts a commissioned painting of a cockatrice dying from a fatal sword wound, that rusted broken sword now stands proudly erect as a testament one deed or another.

Bad Jest, Jokers Dozen
Once the greatest travelling act in all the badlands! These motley fools can still bring the world to tears, but where did it all go wrong? Some suggest a vomit educing fart-gag at a dinner party, others suggest it was the knife trick in which someone lost an eye. Either way, strapped for cash, their gig has changed and now they entertain some very tough crowds…

The banner is a patchwork of materials commissioned from some tailor’s scrap-bin, with a happy & sad face sown to the front in bold white, this all hangs from a pawned trumpet, itself suspended from a bronze pole-arm

I may give a master’s sword a shot next, sorry for not replying!