Nimble can work out: 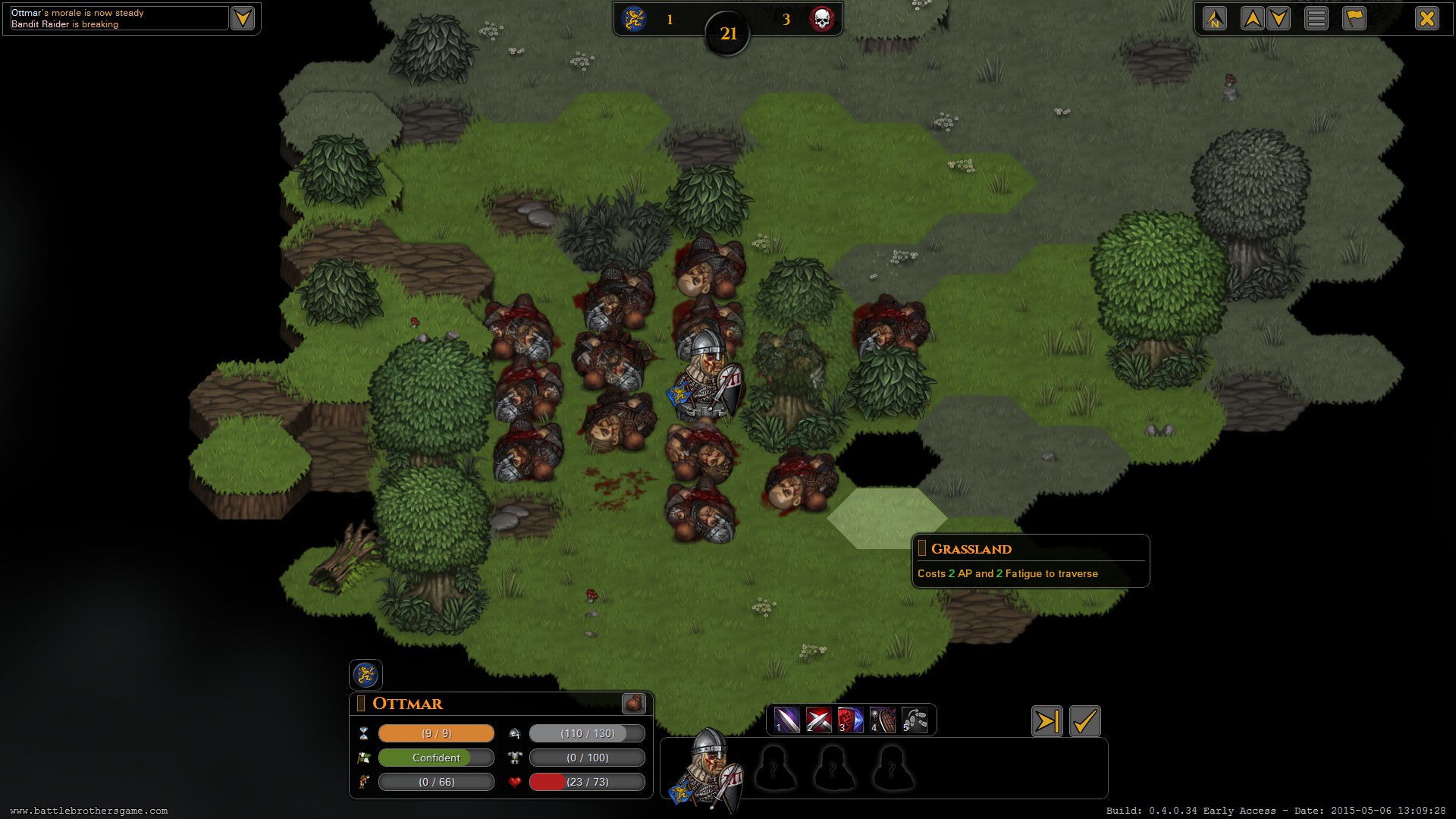 My level-11 one-character-challenge Battle Brother there has 62 Melee Defense with Nimble, 82 once Confident thanks to Hold Out – in comparison, it would be 51 and 61 if using a heater shield, or 56 and 66 with Shield Expert. This is before accounting for Dodge. You’re looking at 14 dead Bandit Raiders and one dead Marksman. I ambushed the Marksman but there were a couple of Raiders nearby that engaged my character in melee – I figured I’d quickly kill them to get rid of their zone of control so I could retreat, but my character kept whiffing until the enemy’s main force arrived and I ended up completely surrounded. Preventable, and I wasn’t really expecting him to live through that, but thanks to high Melee Defense and Melee Skill, Riposte, and a blessing from the dice gods, that’s what happened.

He’s not a strictly optimal character for a Nimble build, as he doesn’t have any Defense bonuses from background or traits (if he did, the gap in defense compared to a shield build would be bigger). His biggest vulnerability is that Nimble doesn’t do anything against ranged attacks; I keep a Kite Shield handy for ranged protection, and I probably should’ve gone for Shield Expert instead of Colossus for that reason and invested more into Ranged Defense during levelups. I didn’t grab Anticipation as most of my perks went into the utility tree (Battle Flow is a must-have for an one-character challenge, and without Weapon Master you’re going to have to carry a lot of replacement swords, although I suspect a defensive perk would’ve been more optimal in this particular case).

Shieldwall is another method of reaching a very high defense value, but it’s difficult to sustain Shieldwall and Riposte simultaneously, even with Battle Flow. A Nimble build also does more damage per hit, thanks to the Double Grip bonus.