I just don’t feel that with the initiative penalty added in max fatigue should be so greatly effected. Im not even wearing top teir armor yet and I have brothers starting combat with 8-15 fatigue.

I think thats hardly possible to be honest. Except maybe for an level 1 asthmatic, fat, Miner with a very unlucky fatigue roll :)
Remember to level up fatigue regularly if you plan on equipping heavy armor later. The brawny perk halves all fatigue penalties from armor. Also get “bags and belts” as it removes all fatigue penalties from items carried in your backpack.
Another good pick would be battle flow, which refunds a lot of fatigue when you score a kill.
I attached a screen from one of my bros:
He’s a level 2 Flagellant with no perks whatsoever. Equipped with a 210 body armor and 230 Helmet he still has a threshhold of 55 fatigue. 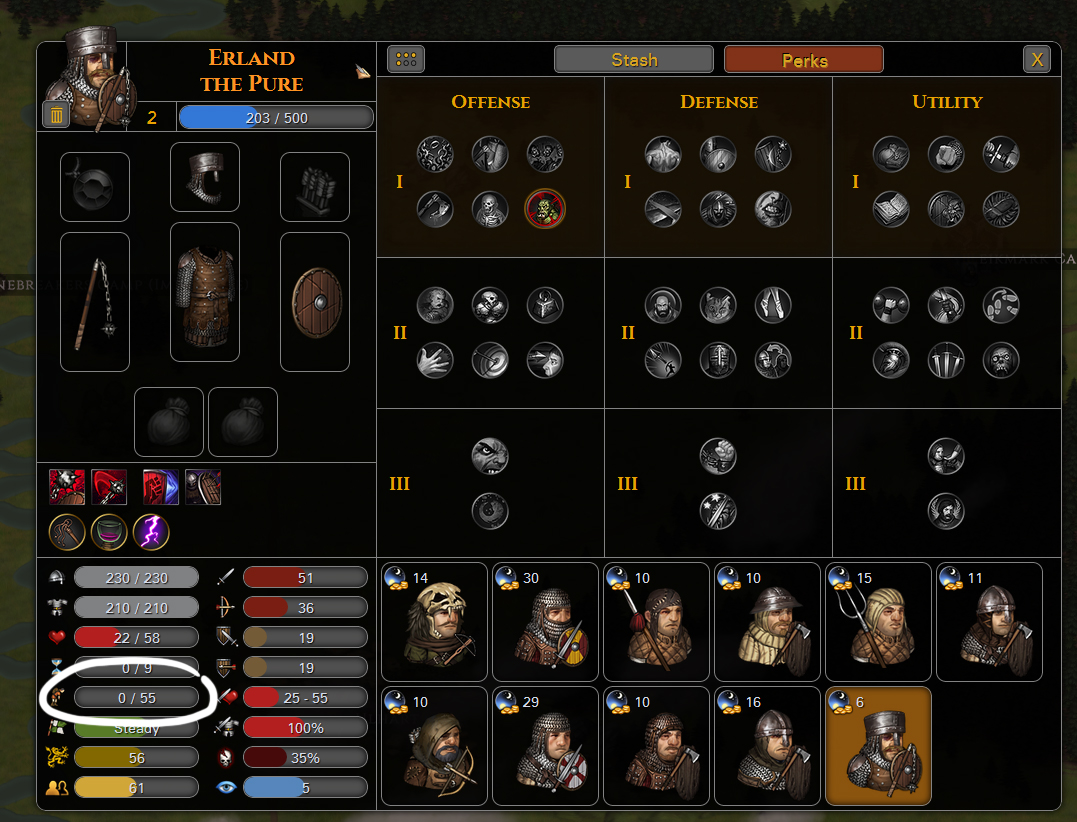