I’ll go so far as to say this is some of your best BB-work up to now.

Thanks man, but there’s more to come. I’m just getting started!

Maybe think about adding something similar to the other “starting size”? This way there would be no confusion about where the horns came from.

You’ve got a point there. I will let Christof implement them in their current form and then see how the transitions work ingame. If the change is too abrupt, I will add some starting size-with-horns-ghouls.

Then what is stopping you (guys) from also changing the names of your Orcs and Goblins, or are you alone on the team in that opinion?

We all think in this direction, but it might not be that easy. I feel that just changing the name might not be enough, as they also look like pretty classic goblins/orcs. But we will see. There’ll be some more internal discussing I guess.

Are the creatures-that-soon-won’t-be-called-ghouls-anymore the “entirely new enemy” that has been teased in today’s dev blog?
(Please say, “No.” ;P)

No :)
The new enemy may not be that visually impressive, but he will feature some fun new skills (fun for your enemies at least :))

By the way, lots of people asked for “brandnew” versions of the ancient dead equipment. I am thinking about creating a few of those as named helmets and armors. I’ll let you know as soon as theres something to show :)

but new combat tactical maps(cemetery, ruins, fort). At least a sketch or something like that, please – show the least bit of – calm us.

Hey, we started work on these quite a while ago, but there where so many high priority tasks to be tackled, that they are still on hold. Heres some older pics: 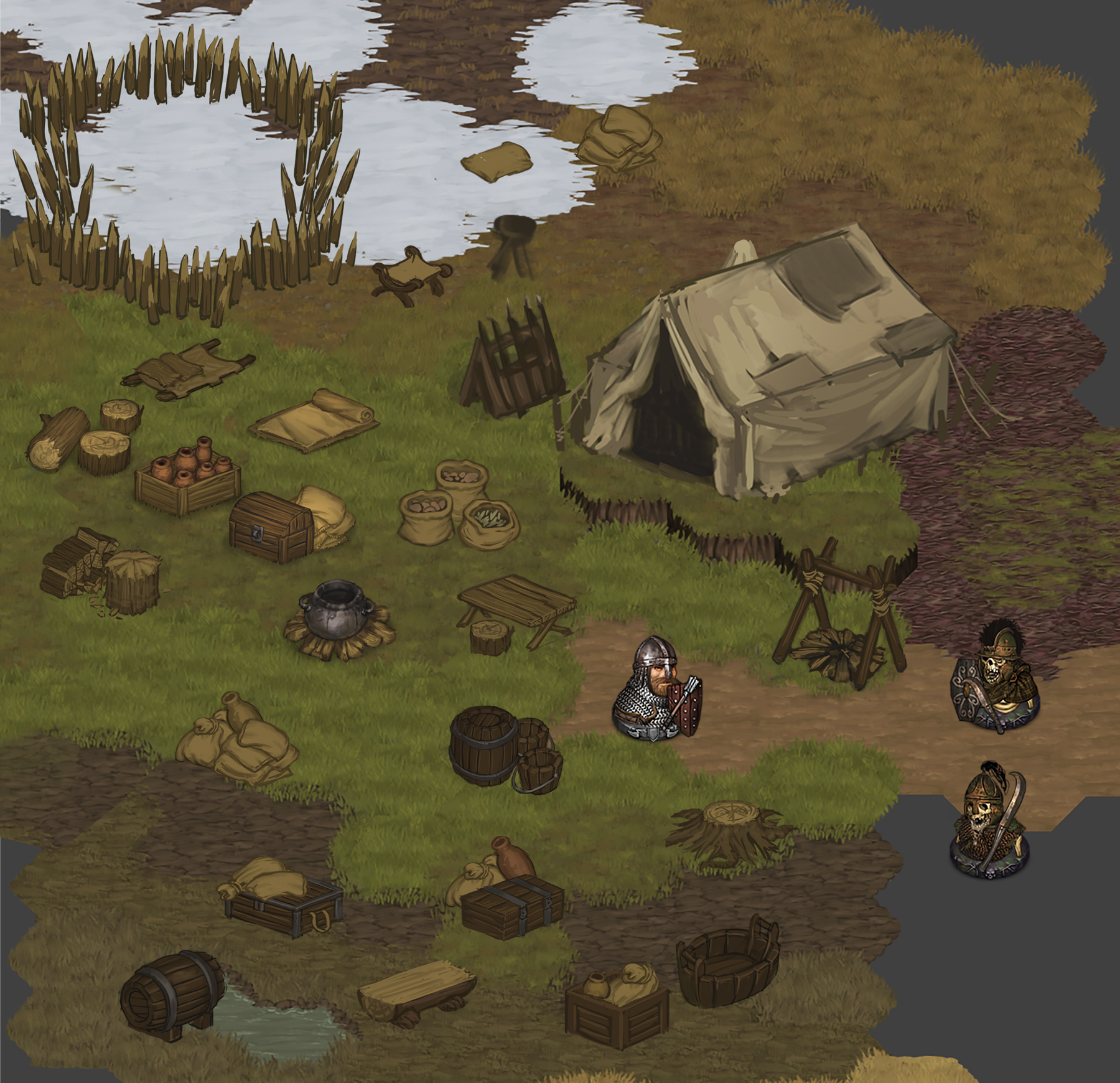 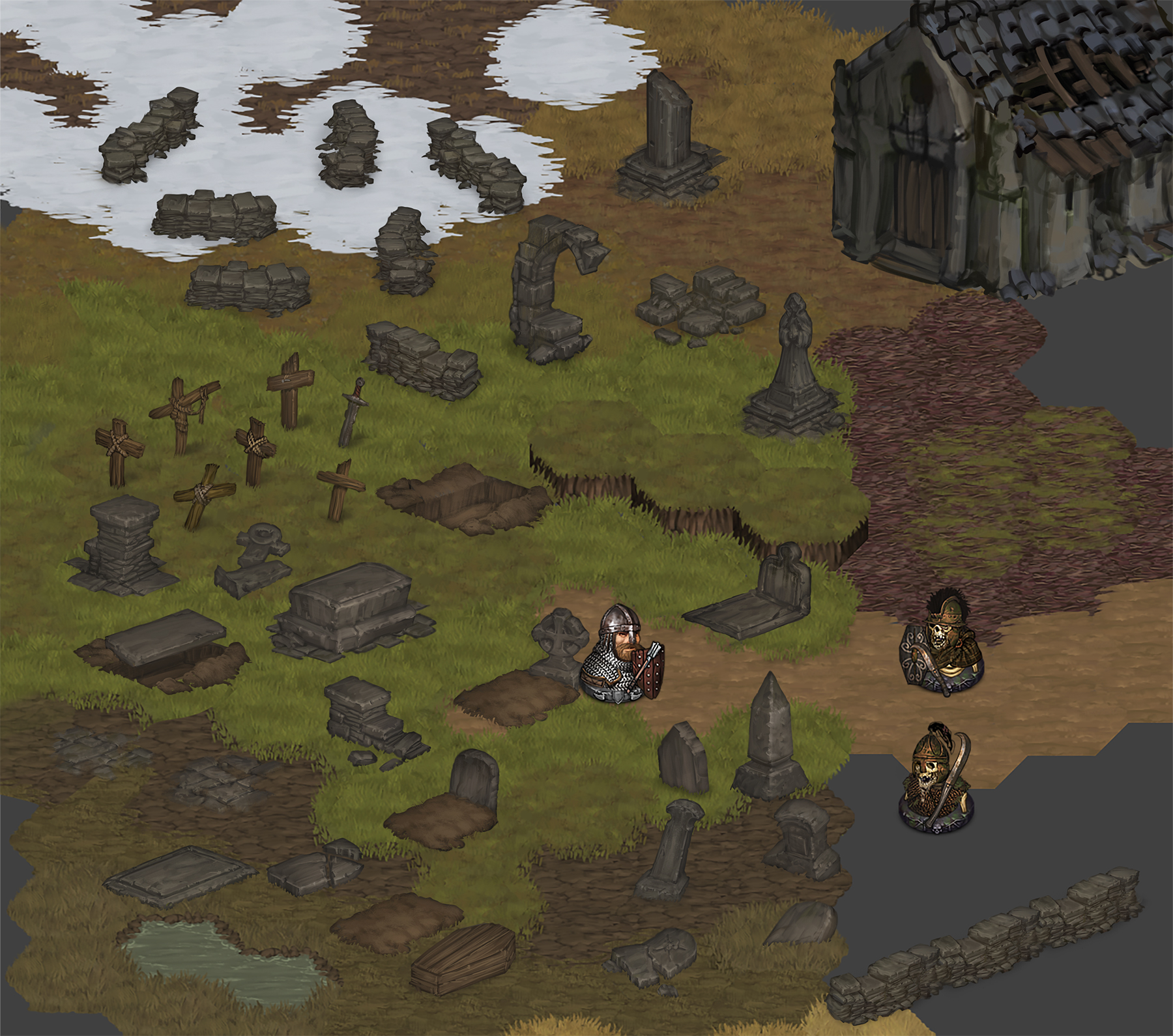 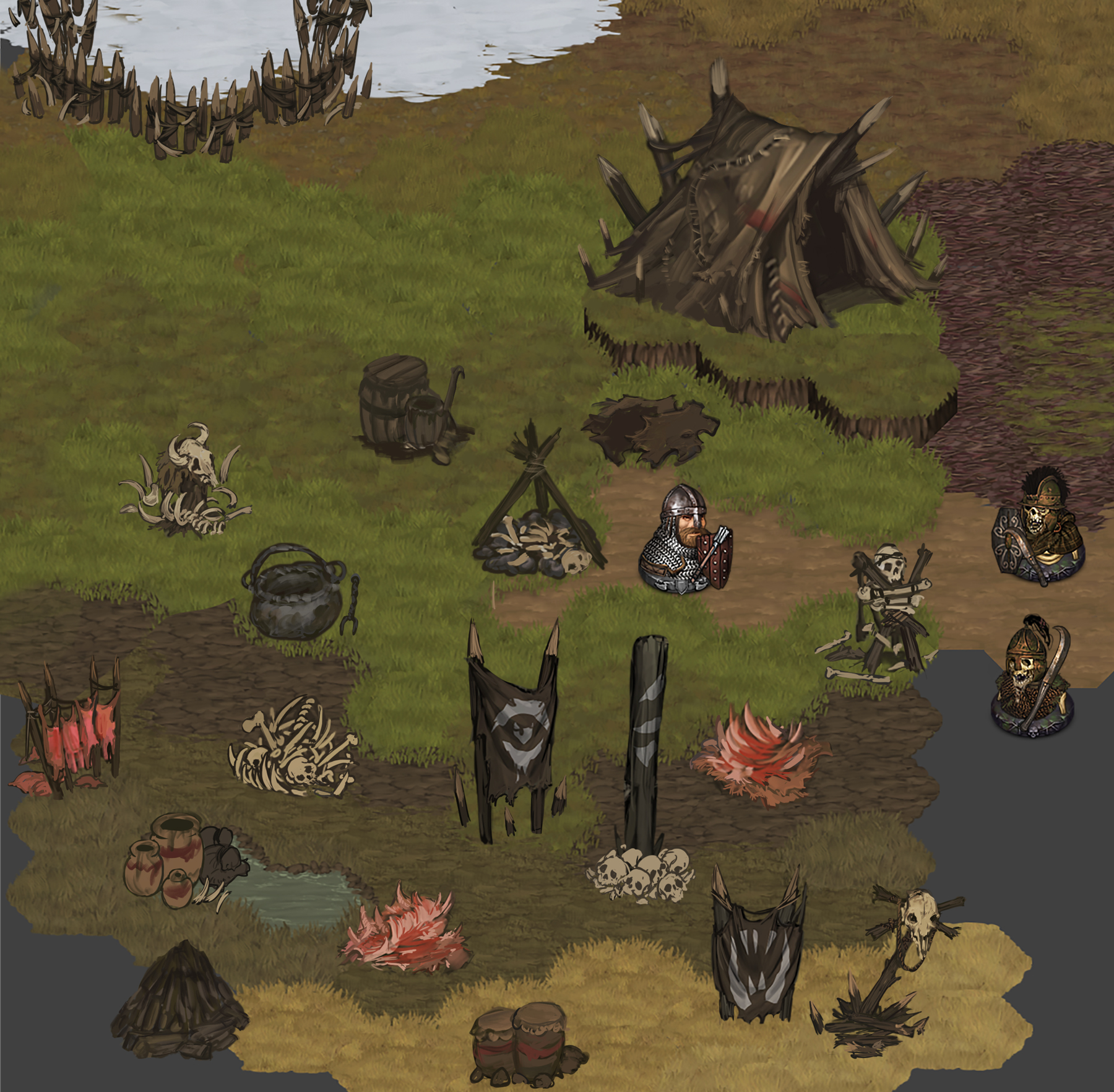