Yes, “The Vordern Legions” sounds good to me.

I’m still stumped by Orcs and Goblins, though. Maybe “elf” … I don’t know how to do umlauts, and I’m sure this one is wrong, but I remember a cool song about the Elfking. “Erl” or “Orl” … but those aren’t right, just a bad Anglicization of the sound. When I think of Scandinavian or Germanic elves, the impression is more of a goblin-like creature.

https://en.wikipedia.org/wiki/Erlking
“According to Jacob Grimm, the term originates with a Scandinavian (Danish) word, ellekonge “king of the elves”, or for a female spirit elverkongens datter “the elven king’s daughter”, who is responsible for ensnaring human beings to satisfy her desire, jealousy or lust for revenge.The New Oxford American Dictionary follows this explanation, describing the Erlking as “a bearded giant or goblin who lures little children to the land of death”, mistranslated as Erlkönig in the late 18th century from ellerkonge.”

The orcs could be seen as a type of Troll, is there any sort of word for a troll-like creature that would work?

I browsed a little and found: “chrēg” (= war; Old High German). (I think the plural form then should be the same as the singular form.)
In my opinion, it sounds good and goes nicely with the Orcs’ lore.

What do you think of “arga-” or “argaz” (= cowardly, vicious; Germanic) or “argī” (= malice, avarice, greediness; Old High German) for the Goblins?

Paul,
I heard the Ancient Priests helmets are not lootable and wearable by one’s mercs. I think that’s a real shame and a waste of potential. Would it be possible to add their helmets on top of (rusty) mail coifs (or another fitting helmet) to make them wearable by humans? 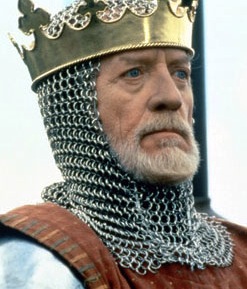 This way one could have light helmets (wihtout the vision penalty) as fancy as the noble house knight helmets.
What do you think?