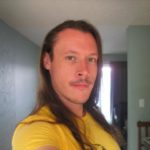 I am a former Beta Tester that has worked on many titles with many gaming companies and developers. I've worked with Electronic Arts, Firefly Studios, Blizzard, Talewords with the first ever Mount and Blade, and many more. One of my cousins is a voice actor on mass Effect. And I have done stuff with actor Stephan Shellen who is a Canadian actor and voice actor who was on Deus Ex: Human Revolution who is the voice of David Sarif. Regarding exposing pedophilia and corruption in the entertainment industry. Cause that's how I roll. I like painting, drawing, mythology, astrology, astronomy, documentaries, nature, science, history, politics, art, different cultures, ancient civilizations, aliens, conspiracies, occult history and Philosophy. I'm a vegetarian don't drink or do drugs. What else? There's a lot to say but so little time. ;)