We’ve covered the ‘beast’ part of the upcoming ‘Beasts & Exploration’ DLC quite a bit already, but we’ve only touched upon the ‘exploration’ part here and there. Let’s take a look this week at a major feature that’s going to make exploration in the world of Battle Brothers more interesting and worthwhile: legendary locations.

Legendary locations are supposed to capture the flair of unique and mythical places in the unknown parts of the world. It’s giant overgrown statues and hidden temples. Remnants of a different age. Places that people think only exist in myth, until they see them with their own eyes. Places that give insight into what happened in the world of Battle Brothers before your campaign.

There’s two places already in the game which we consider to fall into this category: The Black Monolith and the Goblin City, both offering a very challenging battle and a legendary item as reward. We’re going to add an illustrated introduction to both of them, as well as a powerful named opponent to one of them. But more than that, we’re adding a whole bunch of new locations, many of them more complex, scattered all across a world map that is about to become 25% larger in order to have sufficient room for exploration and hunting all of those new beasts. 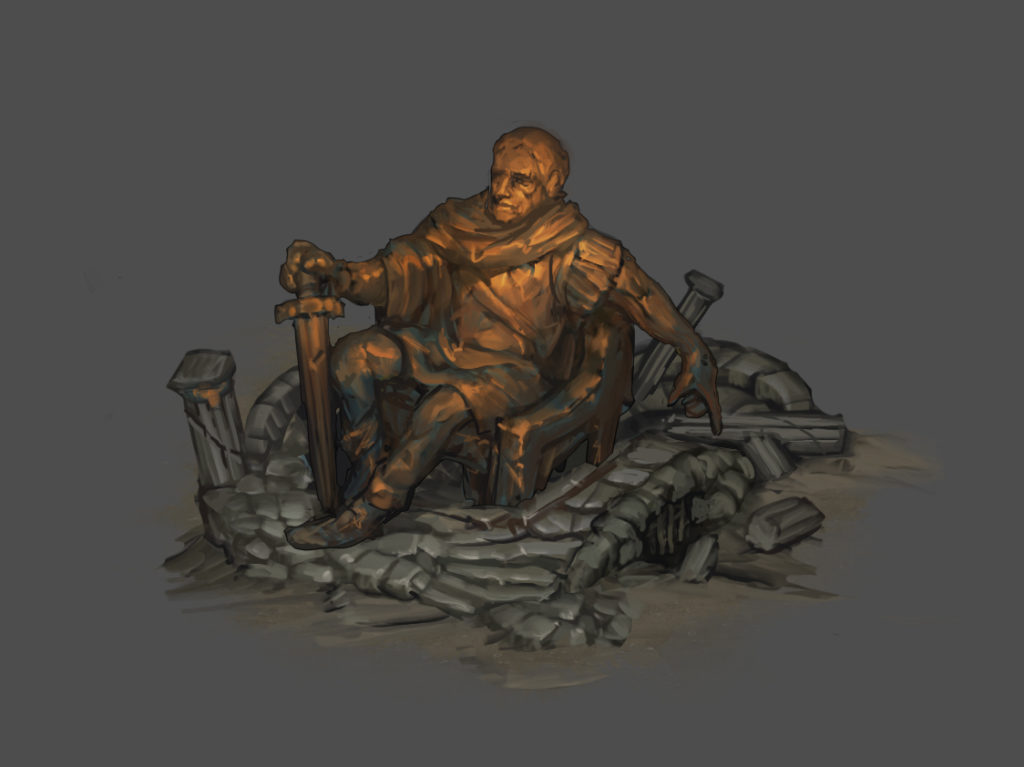 Instead of just two legendary locations, you’ll be able to find about a dozen now in every campaign. Upon first approaching any such place, an event will be triggered. These events vary in complexity, and some will lead to epic battles, like with the Black Monolith, while others give opportunity for peaceful exploration, interaction and perhaps even puzzle solving. A couple of these legendary locations are intended as challenges only for very experienced mercenary companies and guarded by powerful creatures or armies, but most can be mastered at earlier stages of a campaign. As a general rule, the more distant a location from civilized lands, the more challenging it will be. All of them will offer a unique reward for the daring explorer that can’t be obtained in any other way, and which is suitably powerful for existing only once in every campaign. 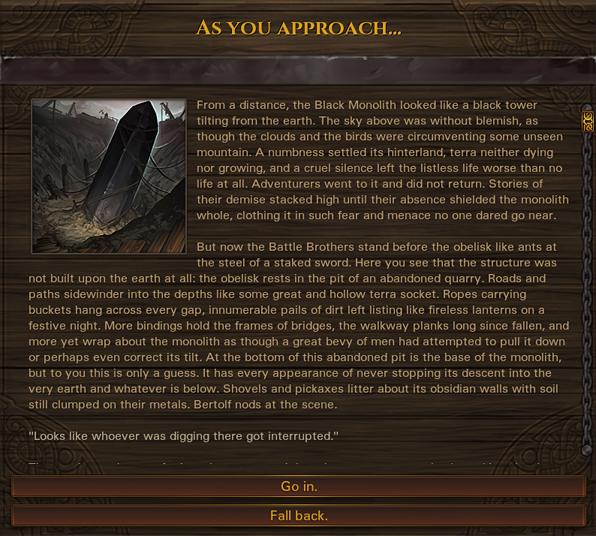 With exploration becoming more rewarding, we’re also adding several new ambitions that focus on exploration, uncovering legendary locations and besting a legendary beast we have yet to reveal. And if you’re looking to get paid for all this exploration business, you might be interested to learn that there’s also a new exploration-themed contract coming together with a bunch more for a total of 10 new types of contracts in the ‘Beasts & Exploration’ DLC.