Aside from new contracts and events, the upcoming ‘Warriors of the North’ DLC will also introduce two new legendary locations linked in a single quest leading up to a legendary reward. Today we’ll look at one of the two bosses that you’ll have to face along the way – if you don’t like to be spoiled about any of that, you may want to skip this dev blog. All others, let’s go!

The Ijirok is a mythical creature of the north, folklore of the barbarian folk. It’s called the Beast of Winter, for it is said that it first carried the cold into this world on its back. Legend claims the creature to be a shapeshifter and deceiver, appearing in many forms. It abducts children solely to enjoy the pain of the parents. It leads men astray in the white wastes just to watch them go in circles and freeze to death. Some regard it a spirit, some a god, and others a force of nature, like the sun or wind, but with found divinity within the aspect of a cruel creature. Whatever its true nature, in the north they all can feel the presence of the Ijirok, and they count themselves fortunate that the horrors it brings are scant and passing. 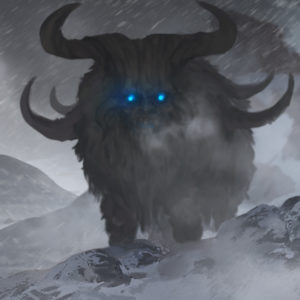 When your mercenary company finally faces the Ijirok in battle, it will appear as a great horned beast with four legs and hooves. It’s a boss fight, and it will challenge you like fighting the Kraken or the Rachegeist does. Leading up to the battle, you’ll have the opportunity to learn more about the true nature of your opponent by reading events and visiting locations in the game.

The Ijirok charges you from afar to gore and trample anything in its path. Unlike the charge of other opponents in the game, the great horned beast charging you will inflict damage, but you can defend against it with melee defense like against any other melee attack. Even if your shields prove sturdy and your men are not impaled outright, however, the force of impact may still throw them back and stagger them. 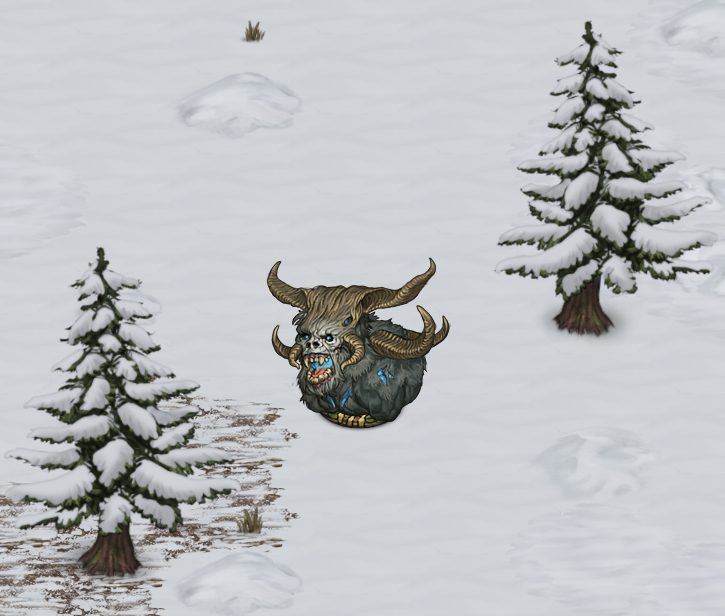 Then, at the beginning of each turn, the Ijirok will shift into a different world, one where cold and ice reign supreme, only to emerge at a different place and charge you anew. While the great beast enters into and emerges from this other world, cold seeps into ours, turning the ground frozen and changing the battlefield permanently. Anyone near the Ijirok will get the new ‘Chilled’ status effect, which will freeze your men’s limbs stiff, and lowers their initiative and action points for one round.

The Ijirok is as elusive in combat as it is outside of it, but each round you’ll have the chance to wail on it before it charges you from a different angle. Like with fighting Necrosavants, your formation is key in defeating the beast of winter while the world around you slowly turns into a frozen hell.