This week’s update adds reworked forest environments to the game and gives you a roadmap of our next steps with Battle Brothers.

Forests have always been a bit tricky to navigate and read in the past because of how trees could clutter up the map. To solve this, we’ve changed the general layout of forests to be more clearly divided into mossy open pathways between pockets of very dense vegetation, making it much easier to read where you can and can’t go. While arguably a less realistic layout, it should make for better gameplay while retaining that feeling of fighting in a forest that is different from fighting on other terrain. There are still chokepoints and opportunities for flanking aplenty, but now with less usability issues. Below you can see the layout of a typical forest map. 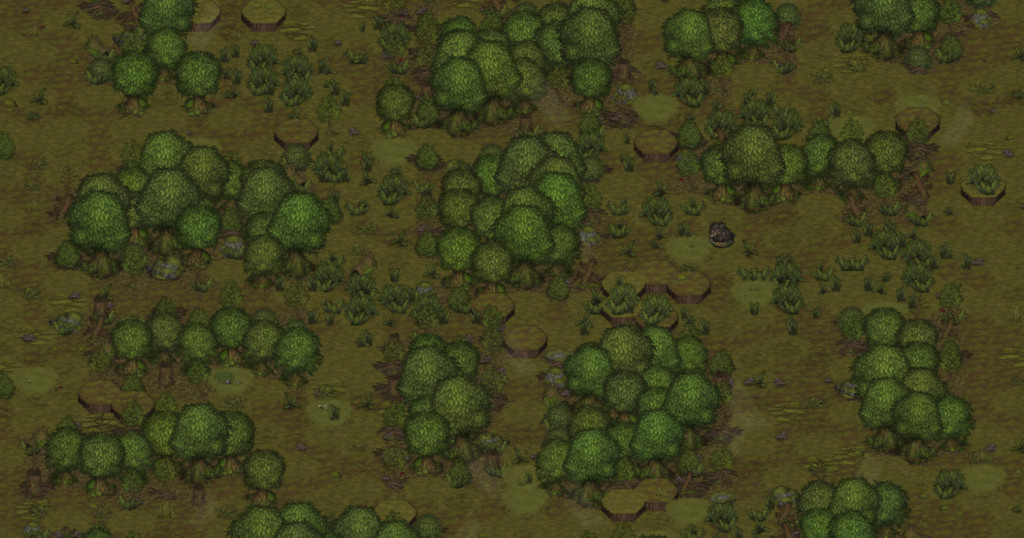 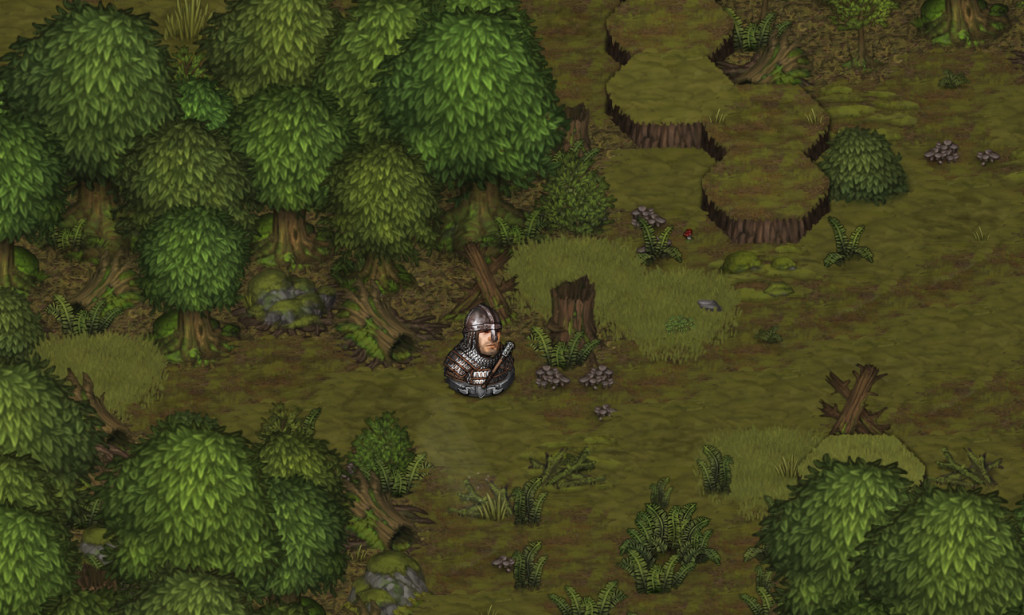 Doing the worldmap update was a big step towards how Battle Brothers will play once it’s finished. With this done we want to give you guys a better idea on the future development of Battle Brothers by outlining the next couple of steps on our list. Note that this is not a complete or final feature list. As development progresses, we’ll give you an updated outlook again so that you’ll always know what things we’re working on next. The list isn’t in any particular order and we’ll often work on several things in parallel.

We’ve added to the combat environments over the past weeks, and we’ll continue to do so. There’s autumn forests and snow still to do, as well as hills and mountains. Swamps will get a makeover as well.

Once all terrain from the worldmap has found its way into tactical combat, we’ll move on to build set pieces for different locations you can fight at. Attacking an orc camp on the world map will produce a different map than fighting at a graveyard, for example. All fighting will have to take place outdoors, however, and we won’t have actual dungeons for the initial release of the game.

There are a couple of issues with the third party UI library we use for Battle Brothers. There’s a tendency for mouse clicks to be lost, and the UI can feel sluggish at times. Because this library ceased to be developed and we’re now stuck with all these problems, we’ve started porting our UI to another library. This is a process that may take us several weeks but should result in a much more responsive UI experience overall, as well as increased performance of the game. We want to do this first before we get to adding any new features that require lots of UI work.

The current look of the UI, grey and orange, is merely a placeholder and will be switched out. We’re going for a skeuomorphic design, probably lots of wood and metal, to have the UI do its part for atmosphere and give Battle Brothers a more professional look as it nears completion.

There’s 10 contract types and 70 different events in the game right now. We have another 10 contracts already written and waiting to be implemented, and we may write more. The same goes for events. Changing priorities has us working on other things first (mainly, porting the UI), but we’ll keep adding to the selection of contracts and events in the game.

While the perk tree works for the game, there’s certainly room for improvement. It’s plagued by a couple of imbalances; there are perks that are must-haves, perks that are almost never picked, and perks that kind of work but could be made more interesting. We’ll go over all the perks and see if and how they need changing or should potentially even be replaced entirely.

We have several more weapon types planned out, and there are a few tiers still to fill for certain weapon types, such as for bows and crossbows. Only a few weapon types have unique variants right now, but we’re going to add some for all of them. The accessory slot is very much underutilized still, and we’ll add a few more specialized equipment options that open up new tactical avenues.

Again, keep in mind that this isn’t a complete list but merely our next couple of steps. We’ll keep you updated.