This update adds a range of quality of life improvements that you guys have been asking for.

There are now options for both ‘Faster Player Movement’ and ‘Faster AI Movement’. Enabling these makes movement more or less instantaneous. Note that this only applies to actual movement and not movement skills (charge, rotation, etc).

Two more exotic new options are ‘Auto-Loot’ and ‘Auto-End Turns’. The ‘Auto-Loot’ option is for those of you who can’t remember to take loot after a won battle; you’re still presented with the loot screen to see what you’ve earned, but everything not picked up by you is automatically transferred to your stash once you leave combat. The ‘Auto-End Turns’ option is enabled by default for the behavior you’re used to. If you prefer to have to end all turns manually, and not have them end automatically as your men run out of Action Points, then disable this.

All of these options can be found in the ‘Gameplay’ tab of the game’s options menu.

On the content-side of things, this update adds an updated and revised look for the grassland plains combat environment. Plains are now generally more flat than before, with smaller differences in height level. Hills and cliffs will, however, make a comeback with assets of their own and some usability improvements as we get to implement actual hill and mountain environments for combat. Here’s how the new grassland looks in the game. 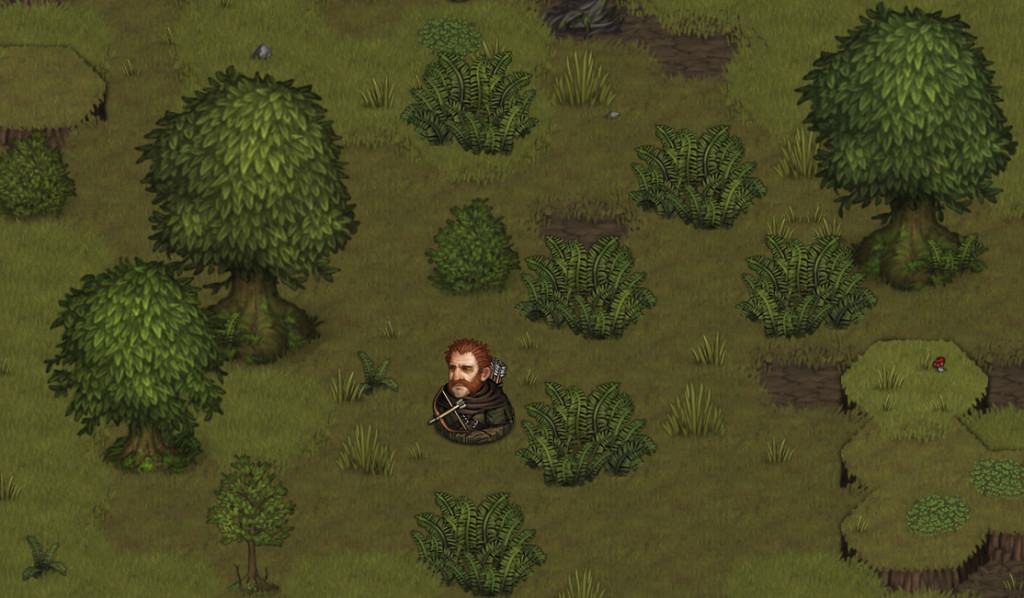