Following up to last week’s dev blog about ambitions, this week we’re taking a look at the second upcoming feature that’s there to give your campaigns more purpose and in this case also closure: retirement. Let’s find out what that’s about!

As mentioned last time, different players approach the game differently. For some, the journey is the reward, and the game doesn’t ever have to end. Others want to work towards a goal and then have definite closure to their game. We’re introducing the ability to retire from your company so that you can end your campaign, and have that closure, at any time of your choosing. The game won’t ever just end as you defeat an end game crisis, like the Greenskin Invasion, but it will only end when you choose to end it, or everyone is dead. Depending on the state you leave your company and the world in, and the ambitions you have or have not fulfilled, you’ll be presented with one of five different outcomes to your retirement. If you’ve already played Battle Brothers, you can probably imagine that not all of them are happy ends. 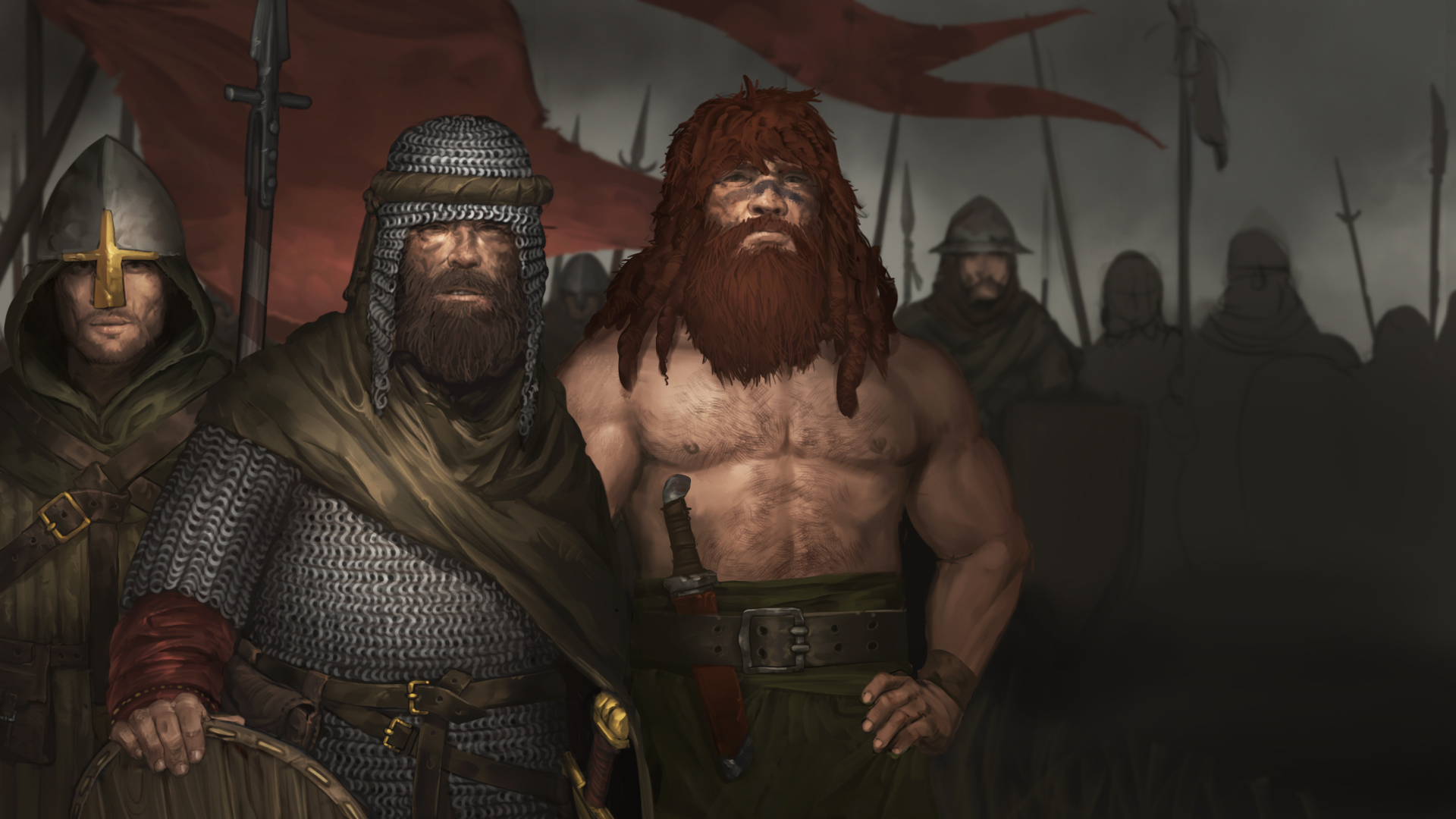 The image above is the illustration for one of those five endings, and it’s accompanied by a short bit of text recounting your exploits and telling you how the company continued to fare without your leadership. Does the company still exist? Who is their new captain? How is the company doing? All these depend on the state you leave your company in as you retire, and the more successful your campaign, the better the ending you get when you finally finish it.

Take a look at the video to see the painting process of the illustration in a time-lapse video of a few minutes, accompanied by an entirely new music track we’ll be adding to the game with the next update. It’s the second track that plays when fighting against a noble house in tactical combat – which may be happening more often now that a feud between nobles can escalate to open war as one of the three late game crises. If you want to listen to more music of Battle Brothers, you can do so on the SoundCloud page of Breakdown Epiphanies here.