Work has shifted to the upcoming late game crises, the ‘Greater Evil’. It’s not quite ready yet to present it to you this week, so instead we’re taking you on a tour throughout the numerous smaller improvements we’ve made to the game for the next update – many of them based on your feedback. Let’s go!

Playing Battle Brothers at a high resolution and finding the UI to be too tiny? The next update is about to solve things, with two additional sliders in the game’s video options, allowing you both to scale the size of the UI and the size of the scene (i.e. everything that isn’t the UI) independently. 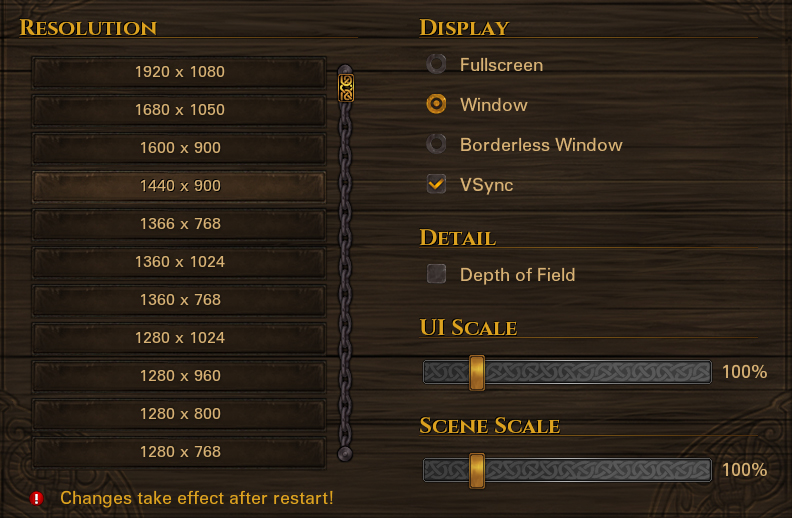 The worldmap has received a lot of minor improvements over the last couple of weeks. Ever wondered how it is that your company can apparently swim across the water, or what straits can be crossed and what straits can’t? With the next update, any crossings across water now have additional visuals to clearly identify them as such, so that you’ll always know where you can go and where you’ll have to find another way across the water. 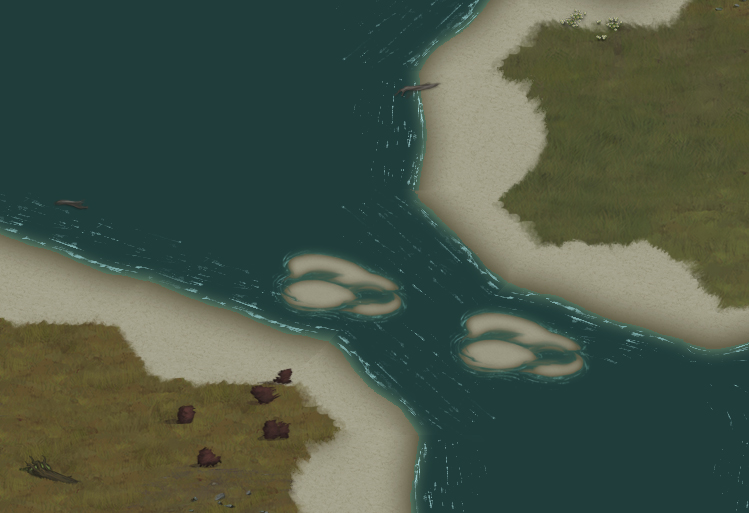 Regions controlled by noble houses are now much more coherent, and also often larger than before, which makes patrolling between settlements less of a hassle. What’s also less of a hassle now is pursuing enemy parties – clicking them outside the radius to immediately engage in combat now results in your company automatically following them and trying to get in range, no matter what turns they make to shake you, for as long as they remain in sight. No more frantic clicking all over them in an attempt to catch up!

A common request is for the introduction of a ‘camera lock’ feature – having the map always show your mercenary company at the center of the screen and scroll the map as the company moves. The next update introduces just that as an option you can enable or disable at any time via a button in the top bar or hotkey.

Different settlements offer different services, which is a good thing, because it makes them more unique. Currently, it also means that you, as the player, are required to either memorize or write down what services are on offer in what settlement, however. The next update makes things easier by showing in a settlement’s tooltip every specialized building present in that settlement – all that’s required is that you visit the settlement at least once. Speaking of buildings, every newly generated map is now guaranteed to have at least one of every type of building present.

The tactical combat also has seen some improvements, of course. Of note is that allied units – militia, noble house troops or even wardogs – no longer block movement for your men, and you can hop over them just as you can with your own men, which makes maneuvering in larger battles quite a bit easier. 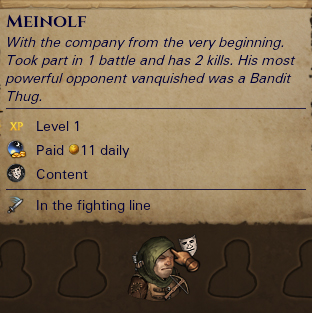 And finally, hovering over a brother in the roster view will reveal a few combat-related statistics once the next update hits – how many battles the man has seen, how many kills he’s made and the most fearsome opponent he’s slain. If there’s more stats you’d like to see, let us know in the comments below!