Is that the Saint George killing the Dragon?

Yeah :) Maybe its too iconic, but I really like how it fits onto the shield.

I wonder if the unique armors and their respective helmets will be sets and thus grant a set bonus (like in e.g. Diablo),

We had a short internal discussion on that, but we don’t think its worth forcing the player to always combine the “correct” two pieces. I prefer to have the free choice just for the sake of more visual variety.

Where will one get those items? Honestly, I cannot imagine them being dropped by mere raiders, even if they are leaders.

We will rework named items in general a little and also their distribution. We want to put more focus on exploration, so most of these items will be lootable in treasure locations hidden somewhere on the worldmap.

The shield with the wing nailed on, is close to being over the top. ;P

Hehe. It’s not our period, but this Hussar really knows how to show off in style :) It’s from an Opsrey book, so I guess its rather historically accurate, although not very helpful in battle obviously. 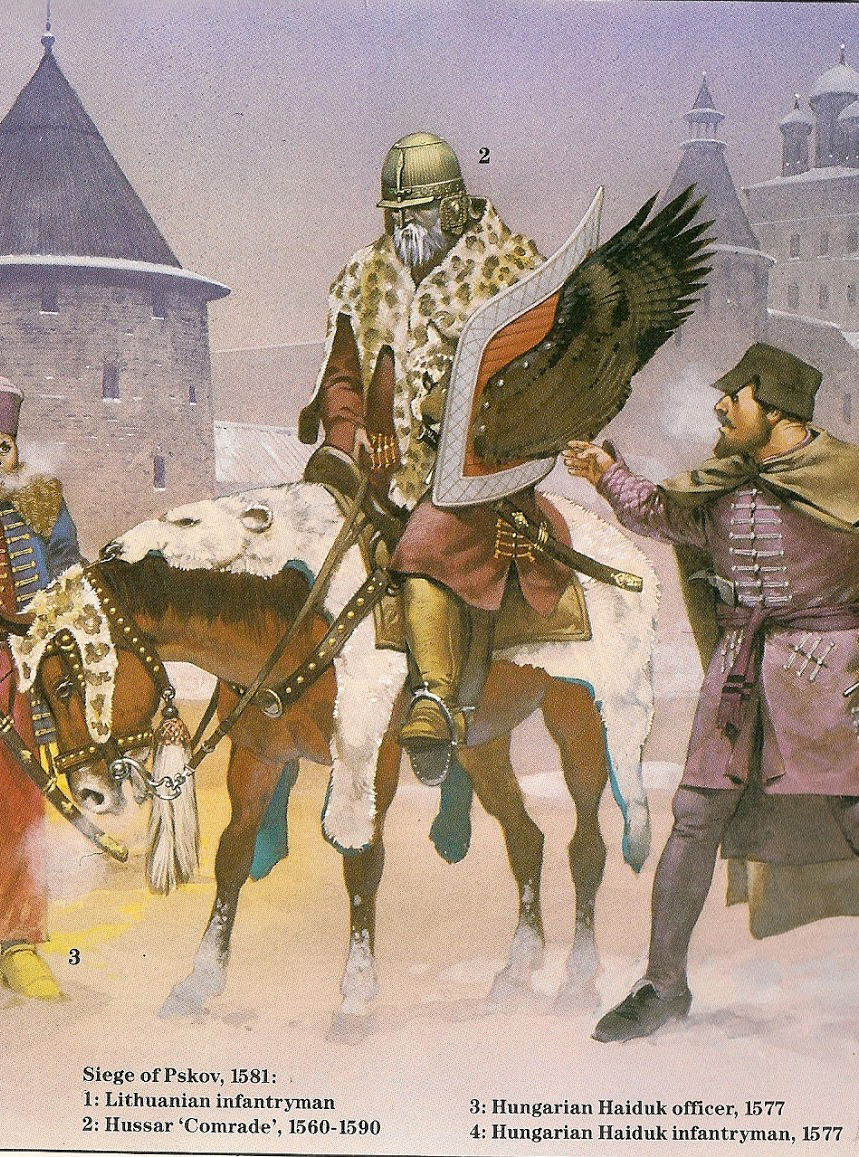 Concering the named items, they will only have improved stats for now. We still have giant backlog of Legendary Items we want to implement. Unfortunately thats a lot of work (custom skills for single items), so we cant tackle that at the moment. We will see…….

some named light armors… for archers, swordmasters etc. also would be nice. Like a robe, light brigntine, gambeson or something!

At the Moment the light armor will only see use in the early to mid game and we already have a decent variety of armors in that part of the game. We are focussing on the late game for now, but we will continue to create more and more items on the side.

This is specially present in occasional screenies of skeleton rework, they remind me a lot of what i imagine Thracian and Scythian gear looked like?

Absolutely, it’s a mix of early celtic, roman and greek armor styles. The skeletons should look really “ancient” to emphasize their different origin compare to the zombies. I am pretty much finished with the visuals of the skeletopn rework, but we did not manage to program and implement it yet. There will be an extensive Blog post with lore and more when the time comes.