it seems necessary to use this opportunity and to ask Paul to make as much as possible the unique double-edged axes – not historically, not practical… but it’s so beautiful )

I am in a pretty generous mood, so I might actually consider :) I did some research on the topic but the only historical double headed battle axes I found were from Indo Persian Origin and mostly 17 century or even later. Apparently there also were such axes in use as ceremonial weapons in ancient Greece.
Do you have any more reference for me? I would at least need some sort of historical example.
Heres an Indo Persian Axe from the 19th century: 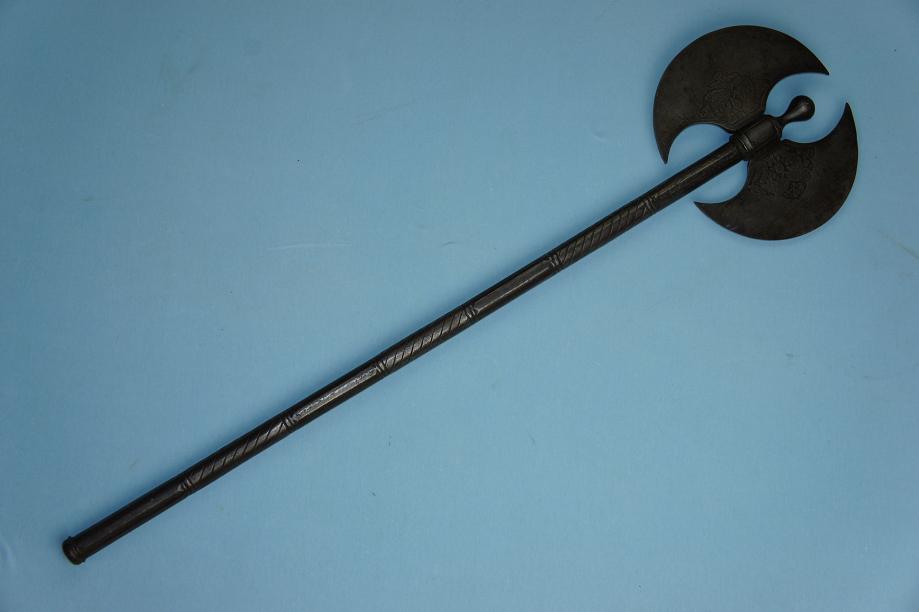 Also, do you have any art available for unique weapons we might find yet? Such as unique two-handed weapons, etc.?

Yesterday I started working on named weapons for all the different categories. First off we have some spears and a rough version of some Billhooks.
The Billhook basic skill will be switched from “impale” to “strike” by the way. We did some balancing changes on all polearms, but more info on that will follow in a blog post.
Cheers!
Spears: 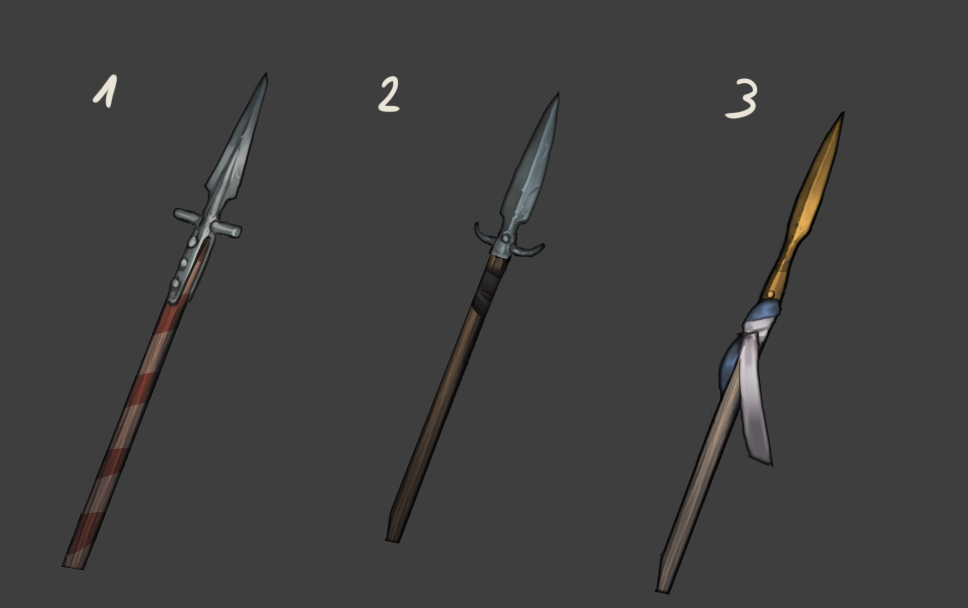