Heres a pic of the new fallen heroes. As I mentioned before they will be moved from the skeleton to the zombie “faction” and will have some special tricks up their slveeves
Cheers! 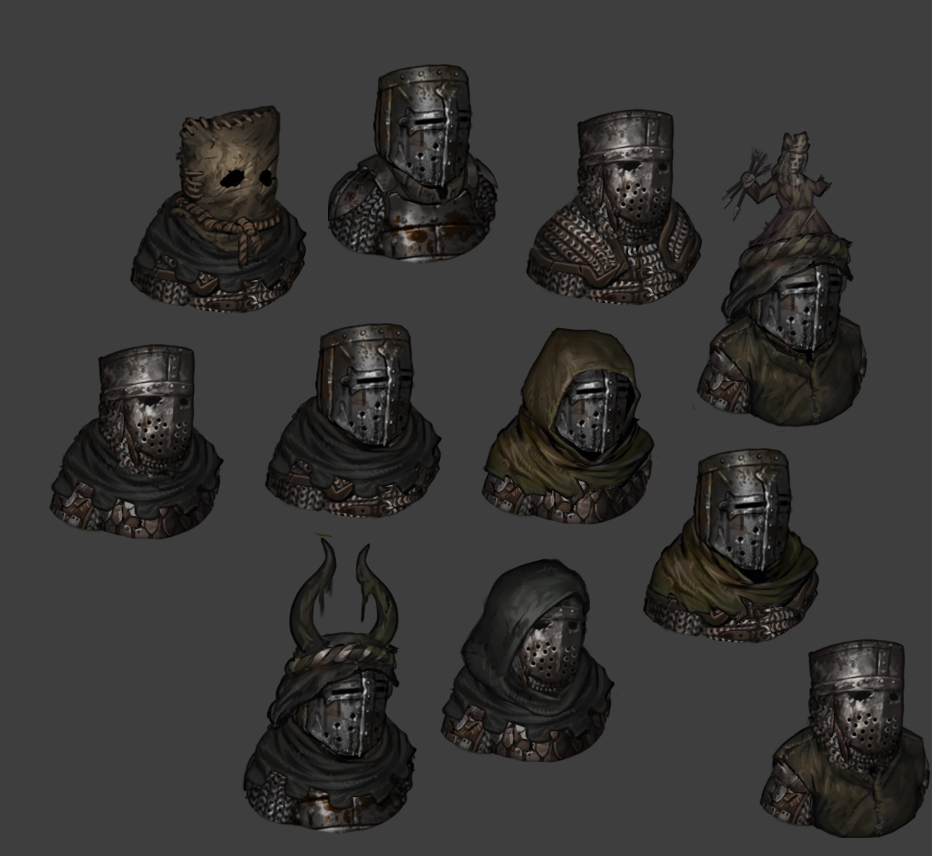 Hello Psen.
I have a questions.
Currently there is mail hauberk armor in game and it comes with many different colored tunics on it.Very nice. Will we get something similar(colored tunics, cloaks or other elements) for other high tier armor?
Currently plate/scale/lamellar come in only one version and its somewhat easy to miss brothers if they are armored in similar armors. It would be nice to have some variants of them.
The same goes for named/rare armors. Currently all named/rare weapons have at last 3 different versions. DO you plan make similar thing for named armors? Even small difference in details/color would be nice.

2nd question.
I look at some of ancient weapons and I want to ask if you plan to introduce some more 2 handed weapons from different families than sword/axe/polearm/hammer?
Like two handed flails, cleavers or spears(not pikes) so if player choose weapon specialization he can more options to choose from?

Its nice to see that work is going on. Cheers.