We’re excited to announce that we’re working on another DLC for Battle Brothers called  ‘Blazing Deserts’.

The focus of the DLC will be on expanding and enriching the existing world with a new land of burning deserts and lush jungles to the south. Across these lands you’ll find a unique culture loosely based on historic Arabian and Persian cultures of the medieval ages built atop the ruins of the Ancient Empire in the world of Battle Brothers. You’ll find new lore and a different political system, equipment not seen anywhere else, and fresh contracts to earn your stay with. There’ll be a new late game crisis, new legendary locations and several new beasts roaming the wilds. This DLC will be our biggest one yet for Battle Brothers. 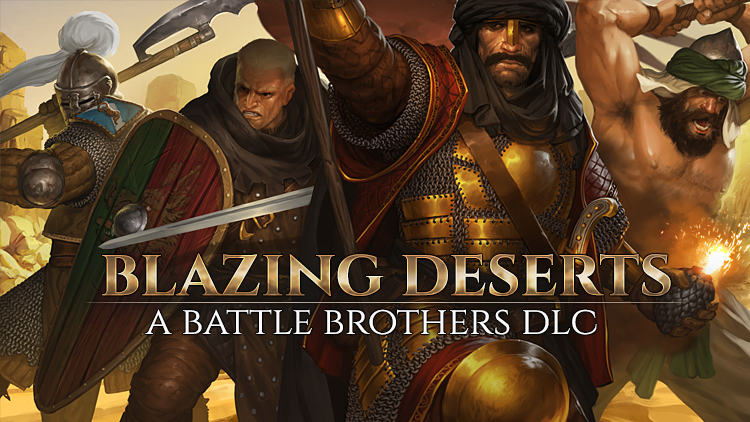 Here’s the rough list of features we’re aiming for:

In addition to these major features, the DLC will also include countless smaller additions. Just like in the past, we’ll explain all major features and most minor ones in detail in future dev blogs as we go along, so you’ll always know what we’re working on and why. We expect to be finished sometime in Q2 of this year and will announce a release date and final feature list once we’re closer to the finish line.

Alongside the DLC, which will not be free, the game will also receive a sizable free update again. This update will contain a whole bunch of improvements, quality-of-life features and balancing changes, as well as some minor content additions.

Join us next week for our first dev blog on the new DLC!