The update accompanying the upcoming ‘Beasts & Exploration’ DLC will bring with it a host of minor additions and improvements. Each of these may not be big enough to warrant a blog post of its own, but together they make for a nice bouquet of things to look at. Let’s do so this week!

We’re adding a total of 23 new settlement situations. Some of them will be linked to new contracts and new beasts terrorizing villages, but most of the new situations occur randomly for specific types of settlements and make for a more dynamic economy. Cities can have big fairs now, mining towns can suffer cave-ins or discover particularly rich veins, fishing towns can lose boats at sea or have their fishers return with full nets, public executions and local holidays provide entertainment for the masses, and refugees during a late game crisis put a strain on local economies. Settlements now rebuild their burned-down attached locations, such as outlying farms, by first gathering building materials, and are willing to pay good coin for it. All of this means that opportunities to buy, sell and hire may change over the course of a campaign. 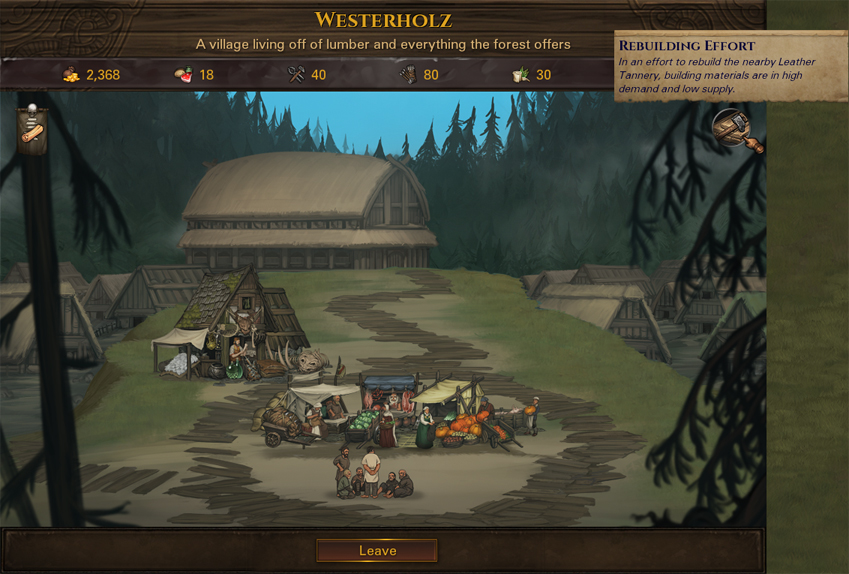 When looking at the list of potential recruits, you now have the option to give each individual a tryout, meaning a proper inspection to reveal all of their character traits. The cost of giving a tryout scales with the hiring fee of the recruit, but it’s probably a good idea to conduct a tryout for your more expensive hires. 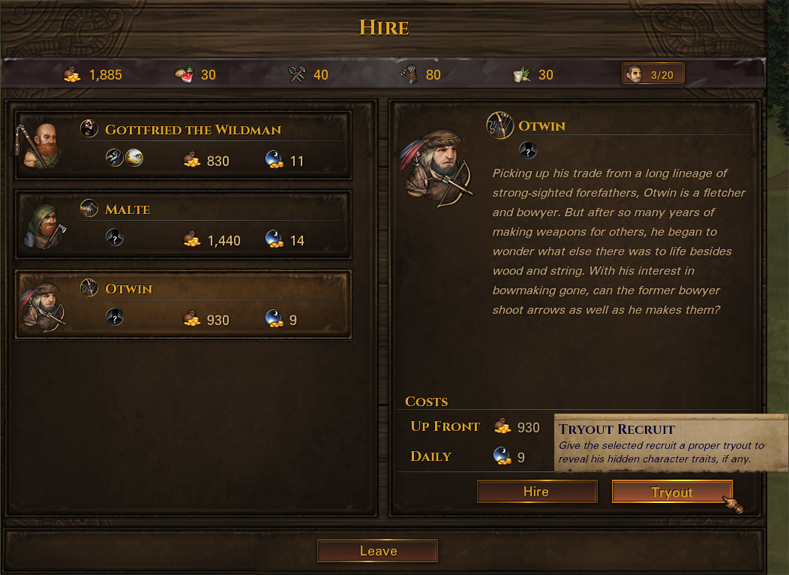 There’s a couple of things less than ideal with the current retreat mechanics. In order to safely retreat, you have to manually move your men to the edges of the map, but doing so, especially if the enemy is unable to catch you, can be quite tedious. On the other hand, you’re able to instantly teleport all your men to safety at the cost of only one temporary injury. That’s going to change.

The new mechanics work like this: If your men are already on the edges of the map, you’ll safely retreat as before. If they aren’t, they’ll now attempt to speedily move to the edges of the map automatically and by themselves until either they succeed or die. While this is going on, they’ll get a defense bonus for moving through zones of control, the amount of which scales with the chosen difficulty level. They can still fail at getting away, get shot in the process and whatnot, but there’s a reasonable chance that they succeed, so that retreating always remains an option. Once they reach the edge of the map, they’ll instantly retreat to safety and don’t stick around to wait for the others, so things are also less congested than before. 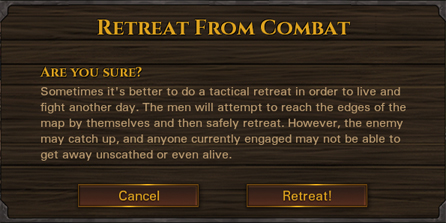 The new mechanics speed up the process of safely retreating quite a bit if the enemy isn’t able to close the distance anyway, but it also means that you can’t just teleport everyone to safety anymore if you’re already engaged. The skill and equipment of your men, your positioning, and who you’re fighting against now all have an impact on your chances to retreat unscathed, and it’s no longer just random injuries for everyone.

See that button below? Clicking it (or using the hotkey) and confirming your choice in the following dialog will have all your men skip their turns for the current round. If you’re just waiting for the next round, this can help speed things along.

Adding new types of enemies with their own AI is a great reason to also revisit the AI of existing enemies. With the coming update, all enemies will benefit from better positioning and better coordination amongst their ranks. They’ll be better at protecting their vulnerable units, changing between offensive and defensive strategies, and identifying bait from the player. Good thing you’re getting those new weapons, then!