The upcoming ‘Blazing Deserts’ DLC will introduce new southern-themed company origins for you to pick from. This week we’re taking a closer look at what these are. Just keep in mind that things are in development and the specifics may still change. Let’s go!

This is the southern variant of the ‘A New Company’ quickstart. It’s well-suited both for a southern-themed playthrough and for checking out right away many of the new things found in the south. 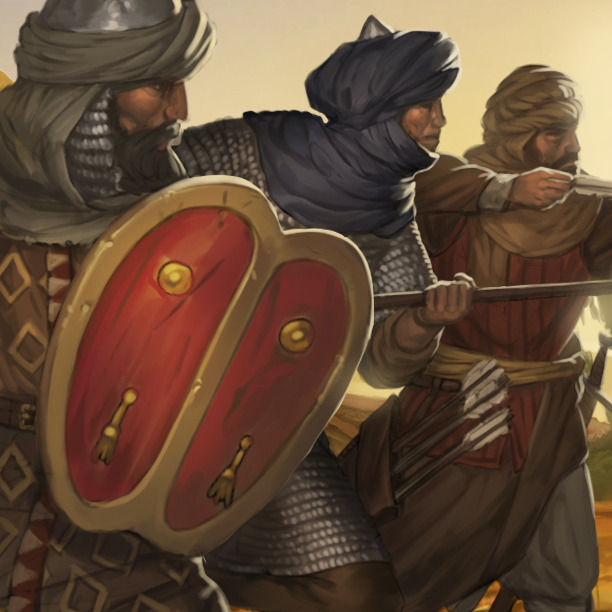 Just as with the northern quickstart, you’ll start with three companions. They’re southerners, however, with southern gear and starting right next to one of the city states. Where to go from here is your choice; will you fight in the arena? Work for the Viziers of the city? Travel up north?

If you prefer to overwhelm your enemies with superior numbers, and the commander you’re playing as is ruthless enough not to mind using expendable troops, then this origin offers a fresh campaign experience. Loosely based on historic slave armies of the middle-east, you can have a company of expendable slaves that don’t get paid in crowns instead of relying on expensive sellswords that you can’t afford to lose. 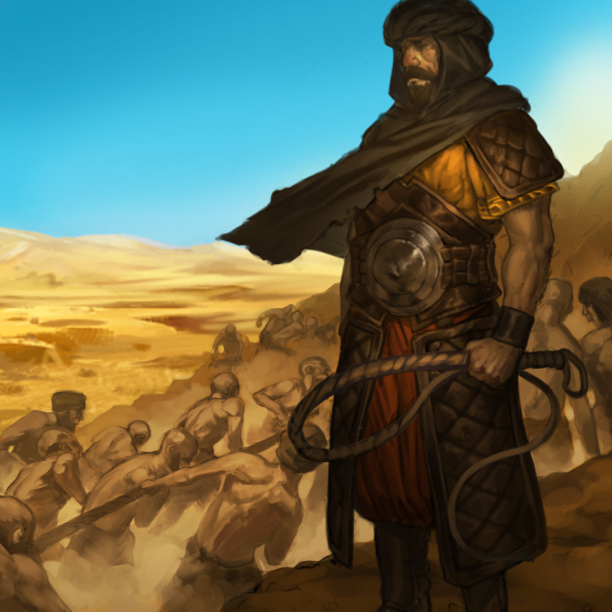 You’ll start with 2 slave-drivers and 4 slaves, and you can take up to 16 men into battle at once. Winning battles against human opponents will allow you to press any survivors into fighting for you in order to bolster your ranks as you go, and you can also just buy slaves in the city states. They’re treated harshly in your company, however, gaining experience at only half their normal rate and never surviving with a permanent injury if struck down. All those who are not slaves in your company gain a unique skill called ‘Whip Slave’, which instantly resets the morale of any slave within 3 tiles range to ‘Steady’ and gives them the ‘Whipped’ status effect. With a forceful reminder to give their everything for their masters, up to and including their lives, these slaves gain substantial bonuses in combat, the exact amount of which scales with the level of the character doing the whipping. Your men expect slaves to do the heavy lifting, and if there should ever be less slaves than non-slaves in your company, the men will get dissatisfied. Some northern backgrounds will also take offense with slavery and may not fit well with your company, lest you want to deal with it in events.

Rather than having a tightly knit team of experienced mercenaries, this origin promotes having a small team of slave drivers (of any background you want) and a mass of expendable troops to drown the enemy in numbers and to distract them. Because slaves get substantial bonuses from being whipped into line, even a fresh slave can instantly be a valuable asset, and lost slaves can easily be replaced. Essentially, as long as you keep your non-slaves alive and level them, they can uplift slaves to their level. Should a slave happen to survive long enough to gather experience and become good on their own, that’s a bonus, and you can always decide to grant a particular slave their freedom.

A different take on the popular ‘Lone Wolf’ origin, this origin has you start not with a hedge knight, but with three experienced gladiators. Once an unbeaten team in the arena, now starting a life as mercenaries, your three gladiators are at the very core of your company. 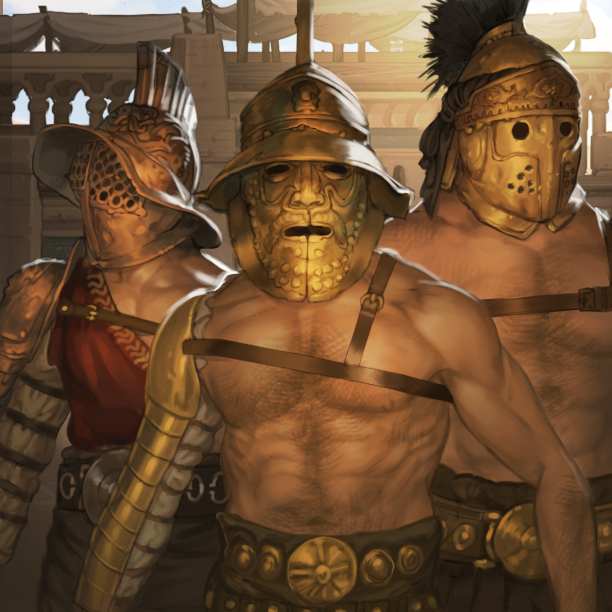 Each of your three gladiators comes well-equipped and experienced. Like a team of bare-breasted superheroes, each one of them also brings a unique perk that aids them in combat and opens up new synergies. They’re the team, and everyone else you hire is just there for support and to make them look good. Spoiled by adoring fans and an expensive lifestyle, they demand high pay right from the start. Even though they will never desert you, and you can not fire them, they will suck your coffers dry with expensive spa visits and buying jewelry that spells their name if you don’t ensure a steady cash flow. Playing this origin, you essentially have three lives – should all three gladiators die, the company will be left without their icons and dissolve, and the campaign will end. And because this origin only ever allows you to have 12 men in your roster, there’s no putting them in the backline without leaving you at a disadvantage. Despite starting out with very strong characters, this origin is a challenge best suited for experienced players that know what they’re doing.