So much work! Our current focus is on getting the balance right for our upcoming Early Access release and hunting down all those pesky bugs. Over the last two weeks we had two major changes: We’ve added durability of weapons and did a rework of all 42 perks in the game. Also, we managed to squeeze in moving clouds on the worldmap.

When playtesting the game and focusing on progression, difficulty and overall balance, we realized that the game is in need of more challenges in the later stages. The player would reach a point where money is obtained too easily through looting lots of weapons and selling them, and there aren’t enough ways to spend the money once you have 12 mercenaries and decent equipment.

To remedy this, we implemented ‘weapon durability’ for all weapons similar to how armor condition already works in the game. Every weapon has a certain amount of durability points which deteriorate on hitting armor as the weapon gets damaged. Hitting unarmored or lightly armored opponents will not deteriorate a weapon’s durability, so a sword won’t ever break from hitting cloth armor. If the durability reaches zero, the weapon will be permanently destroyed. Above that, weapons will be repaired over time on the worldmap just like armor, at a cost of some resources. 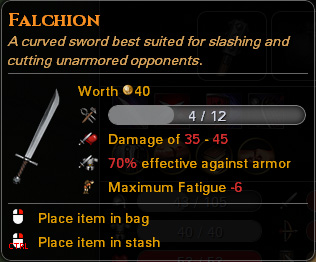 We were originally hesitant to add a mechanic like this as we wanted to avoid unnecessary micromanagement. As it turned out, however, equipping Battle Brothers was one of the most fun aspects for many people playing the game, and actually not done all that often between battles, so its something we could expand on.

Here is a rundown of further things to know: 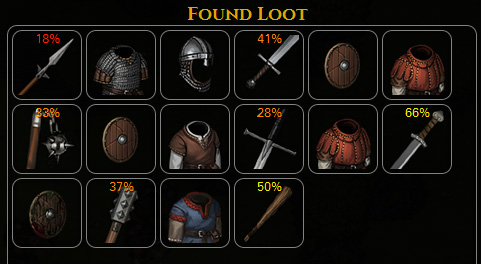 In conclusion we keep the way of letting you loot what you can see your opponents using, including the odd high tier weapon early in the game. However, these weapons may be damaged now and thus require some investment of resources and time to get to a good condition unless you want to run the risk of them breaking permanently in combat. You’ll still be rewarded for taking on well-equipment opponents, just not as much that it completely turns over balance and progression in the long-run.

This new mechanic seems to work out nicely so far, but we’ll keep a close eye on it for potential further adjustments.

We’ve gone through with a complete rework of all 42 perks in the game because the old ones weren’t really cutting it. We really want choosing a perk on levelup always be something to look forward to, a tough decision because there are just so many good looking options. The new perks should give the player more of a reason to really think about how they want to use a certain Battle Brother and what role to specialize in.

Perks are still divided into offense, defense and utility and each tree is divided into three tiers that are unlocked as more points are invested into them. In the third and final tier are two especially powerful perks of which only one can be unlocked. It’s up to you to decide whether to concentrate on one tree to unlock the powerful third tier as soon as possible or go with more of a generalist build with your Battle Brothers.

Previously, all perks were passive and this made for a clean separation between active skills from weapons and passive skills from perks. After some discussion we’ve changed our minds and now there are several active skills that can be unlocked within the perk trees. These skills provide different utility missing before and open up new tactical options – like the ‘Taunt’ skill described below. None of them are attacks, however. Those are still exclusive to the weapons you equip your Battle Brothers with.

So how do these new perks look like? Here’s three examples, one from each tree.

Berserk (Passive). RAAARGH! Upon killing an opponent, 4 Action Points are immediately regained. Characters can not gain more than their maximum action points, but this perk allows for a rampage especially against fragile opponents.

Nine Lives (Passive). Has this character survive with a few hitpoints left on taking a killing blow once every battle. A good insurance for your favorite Battle Brother.

Taunt (Active). How appropriate, you fight like a cow! Using this skill increases the chance for opponents to take offensive actions instead of defensive ones (such as covering behind their shields), and to attack this character over another, potentially more vulnerable one. The higher this character’s bravery, the more effective the taunting is. This also means that characters with the ‘Cocky’ character trait are better at taunting their opponents.

Not all is good, however. Many enemies in the game make use of those very same perks available to you. It shouldn’t come as a surprise then to hear that an Orc Berserker has the ‘Berserker’ perk as well and can go on a true killing spree through your ranks if he ever gets started.

While balancing and bug hunting is our focus, we also did a little cosmetic upgrade to the worldmap to have it look more alive and give it some more depth. That upgrade is clouds that gracefully pass over the lands. We’re still working on the exact look but here is a first impression for you.