Time has come for the biggest overhaul yet: an extensive rework of the worldmap both in terms of visuals and gameplay. Read on to learn about our overall plans and get a first glance at what changes you can expect on the look and feel of the map you’re playing on.

While tactical combat progressed nicely over the past months, the worldmap hasn’t been touched much and many elements are still what we consider placeholders or proof-of-concept pieces, such as how contracts work. This worldmap rework will change how the game is played quite substantially, and because of the many changes and additions we’re intending to do, it’ll take us several months to complete. Yes, that’s several months until the next major update, unfortunately, but it’ll be worth it. Here is a shortlist of what we want to achieve with the new and improved worldmap part of the game;

Over the coming months we’ll cover each of these points in detail as we work on it, so you’ll have a pretty good idea about what will change exactly. To kick things off, this week we’ll give you a preview on the new worldmap generation, the thing we’re working on right now.

With the rework one of our main goals is to both create a reasonable and believable world while still keeping up replayability by making it very different each time.

To give the player a sense of the real world we decided to stick to some rules that apply to central Europe and North America. Heading north will lead the player into colder and more harsh climates while moving south will generally result in hotter and more dry regions. Additionally, we wanted the world to have somewhat realistic coastlines with arms reaching inland and smaller islands lying somewhat off the coast.

Take a look at the screenshots below to see a first preview of the new worldmap using placeholder visuals for different regions. The strong colors are just for differentiating the regions better during development. 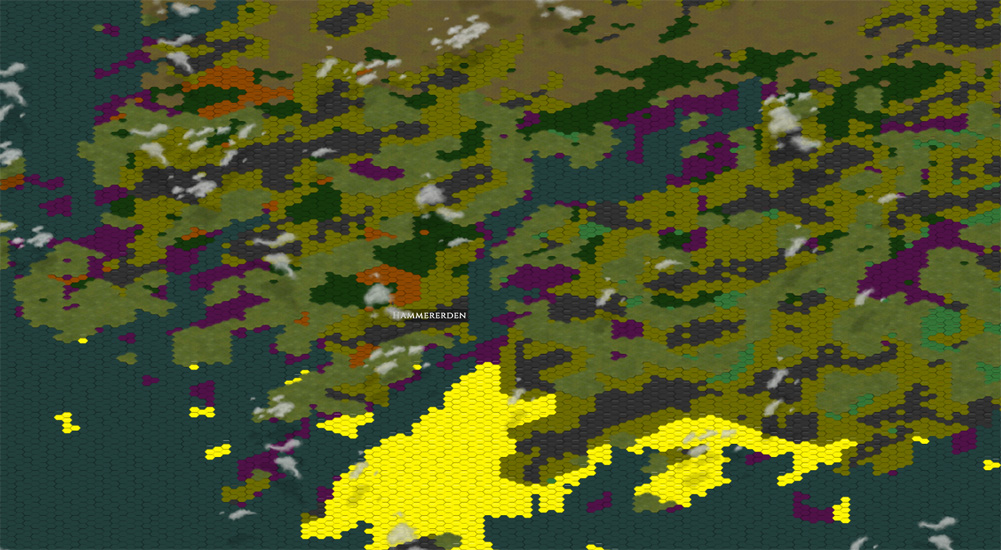 Regarding the landmass itself and especially mountain ridges we want to create natural barriers for the player to bypass. By splitting up the continent in different regions through the placement of obstructive terrain we effectively increase the perceived map size for the player while keeping the total tile amount reasonable. 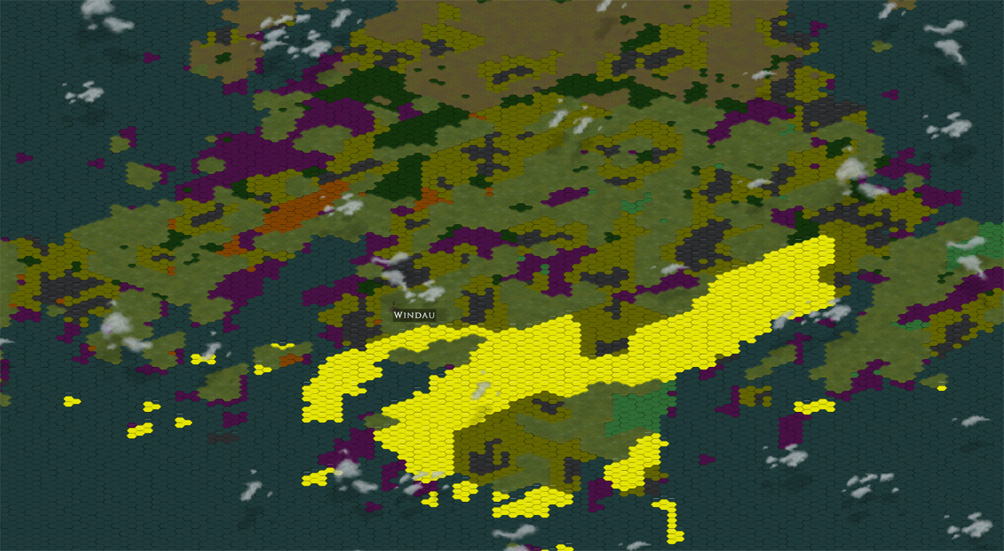 As you can judge from the screenshots you will have quite different outcomes each time you generate a new map. Still, each map is based on the same algorithm and will adhere to the same general rules.