This week we’re talking about the other major change coming with the next update: a revised perk system. We’re doing extensive changes both on how perks are acquired, and the individual perks themselves – new perks have been added and almost all of the existing ones have seen changes. Let’s learn more!

We’re happy to see that the concept of having perks in Battle Brothers worked out in general. They’re a good fit for the game in how they allow you to customize your men according to your own strategy, they make individual characters feel more unique, and they make up a large part of why leveling up and developing characters is fun.

That said, there’s a couple of issues with how the system currently works. By implicitly forcing you to specialize in one of three categories, we’re imposing too much of a limit on how you can develop your characters, and ultimately on the number of possible character builds. Over time it also became evident that some perks just didn’t work out. It may be because they’re not worth picking, whether they’re conceptually flawed or the game evolved in a way that made them obsolete, or because they may be so strong that they unhinge entire combat mechanics and dominate any other strategy. Both of these points demand action, so here we go.

We’re revising the perk system at this point in development because the game is now pretty stable in terms of combat design, and we have gathered enough knowledge on what works and what doesn’t. Because balancing the new perks is still going to take quite a bit of time, we want to enable you now to try out everything, discover synergies and new strategies, and to give us feedback while we have ample time still to act on it before the game is done.

While individual perks can still be described as being offense-, defense- or utility-oriented, you no longer have to pick perks from within a specific category to unlock other perks in that category. Instead, all perks are now sorted into rows that require a number of previously invested perk points to be unlocked. For example, while you can pick any perk from the very first row from the very beginning, the second row will unlock once you’ve picked any perk from the first row. It currently looks like this in the game. 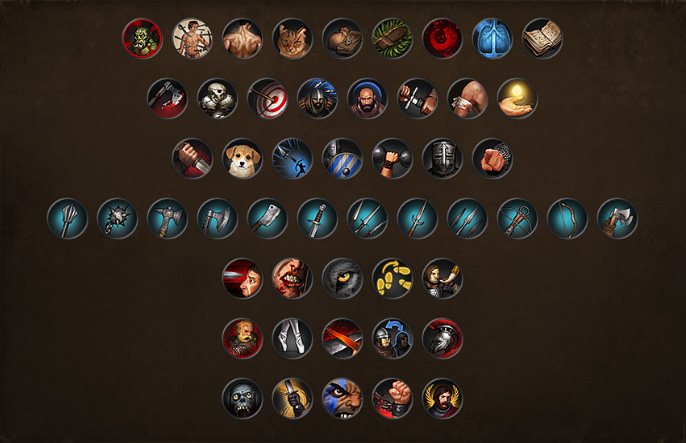 This means that every time a character levels up, there’ll be new perks to pick from. And because there’s no longer any restrictions between categories, you now have much more freedom to experiment with character builds that fit your strategy, and to discover synergies between any of the available perks. The total number of perks sits at 51 currently, up from 42 previously, though that number may still change.

When looking at how any perks work and what changes may be necessary, we’re looking at a couple of criteria. Ideally, a perk would support a player strategy or play style, it doesn’t invalidate combat mechanics but it may change them, it’s worth picking more than once for the company, and it should require player skill to make the most out of. Clearly, not all of the existing perks fulfill these criteria. Covering all the changes made to rectify this in detail is outside the scope of a single blog article, but we’ll take a look at some of the most important changes concerning fatigue, morale and weapon masteries. 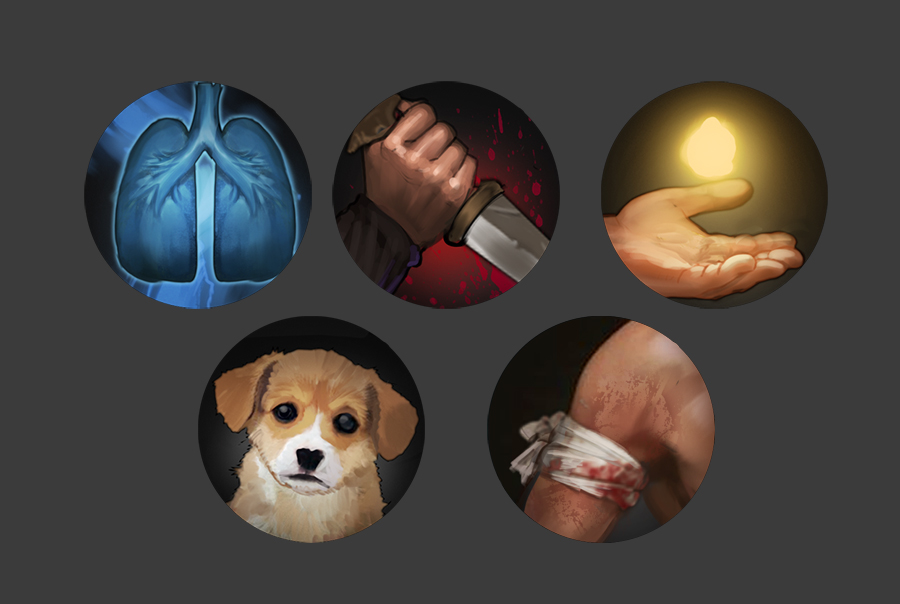 Management of both morale and fatigue should be important combat mechanics. Unfortunately, fatigue easily becomes a non-issue with the repeated use of the ‘Rally the Troops’, which then also tips the scales on the balance of other things, such as heavy vs. light armor. Morale, likewise, is somewhat trivialized due to how the ‘Holdout’ and ‘Inspiring Presence’ perks work.

So what’s changed? ‘Rally the Troops’ still exists, but it now does what most people would expect it to do: it may rally fleeing allies and improve the morale of others. It’s become a tool that the player has to have the skill to make use of at the right moment. ‘Inspiring Presence’ has been cut from the game – you’d only have to pick it once for the whole company to benefit and it conflicts with other game mechanics such as mood on the worldmap. ‘Holdout’ largely invalidated the morale mechanic, so it’s now an entirely new perk that only shares the name and icon.

We’re introducing 12 different weapon masteries that allow you to specialize your characters. These include things like axe mastery, but also dagger mastery. Mastering any weapon reduces the required fatigue for using them and comes with a unique effect depending on the type of mastery. For example, axes have their shield damage increased significantly, whereas with daggers you’ll be able to attack three times in a single turn due to reduced action point cost. Picking weapon specializations for mercenaries not only makes a lot of sense thematically, but it also allows for building more unique characters and specialists, and it helps with fatigue management. As you see with the axe mastery example, we’ve also merged some of the previously very specific perks into the new masteries. Yes, there are masteries for light and heavy armor, too!

There’s also another new perk for fatigue management called ‘Recover’ that unlocks a skill of the same name. A character using it will spend a turn to, well, recover, and will see their fatigue reduced by a large amount. Why is that better than before? Because characters can no longer just keep on attacking with no regard for their fatigue, and using ‘Recover’ isn’t something you just automatically do every turn like with the old ‘Rally the Troops’. If you’re building up large amounts of fatigue, you’ll have to make a choice at some point on whether now is the right time to have that character spend a turn recovering, and if it’s the wrong choice, it’ll cost you.

All 51 perks are in the game and working, though some are still missing assets. We’ll keep on iterating to balance these and iron out any bugs. We’re also determined to introduce some additional content and improvements to the game with the coming update that we’ll talk about in our next progress report. Once everything is done, we’ll again put it on the beta branch first. You can expect it to arrive later this month – we’ll keep you updated!