What is this sorcery?! Why, it’s a dev blog about the upcoming free Lindwurm DLC for Battle Brothers, of course! We’ve been working on a small thank-you gift for all you passionate fans on the side, and this is it. You’re about to get to face an entirely new opponent, get new armor to wear and items to use, new loot to collect, and a new banner to hoist for your company. Let’s take a closer look!

In Germanic mythology, a Lindwurm is a wingless bipedal dragon resembling a large snake. It’s a large and fearsome creature, the adversary in many a legend, and it’s making its way into Battle Brothers. The wild and uncivilized parts of the world are about to become more dangerous, as you’ll soon find a Lindwurm or two roaming thereabout, making an old forest or hillside their territory and fiercely defending their hoard of treasure from any intruder. 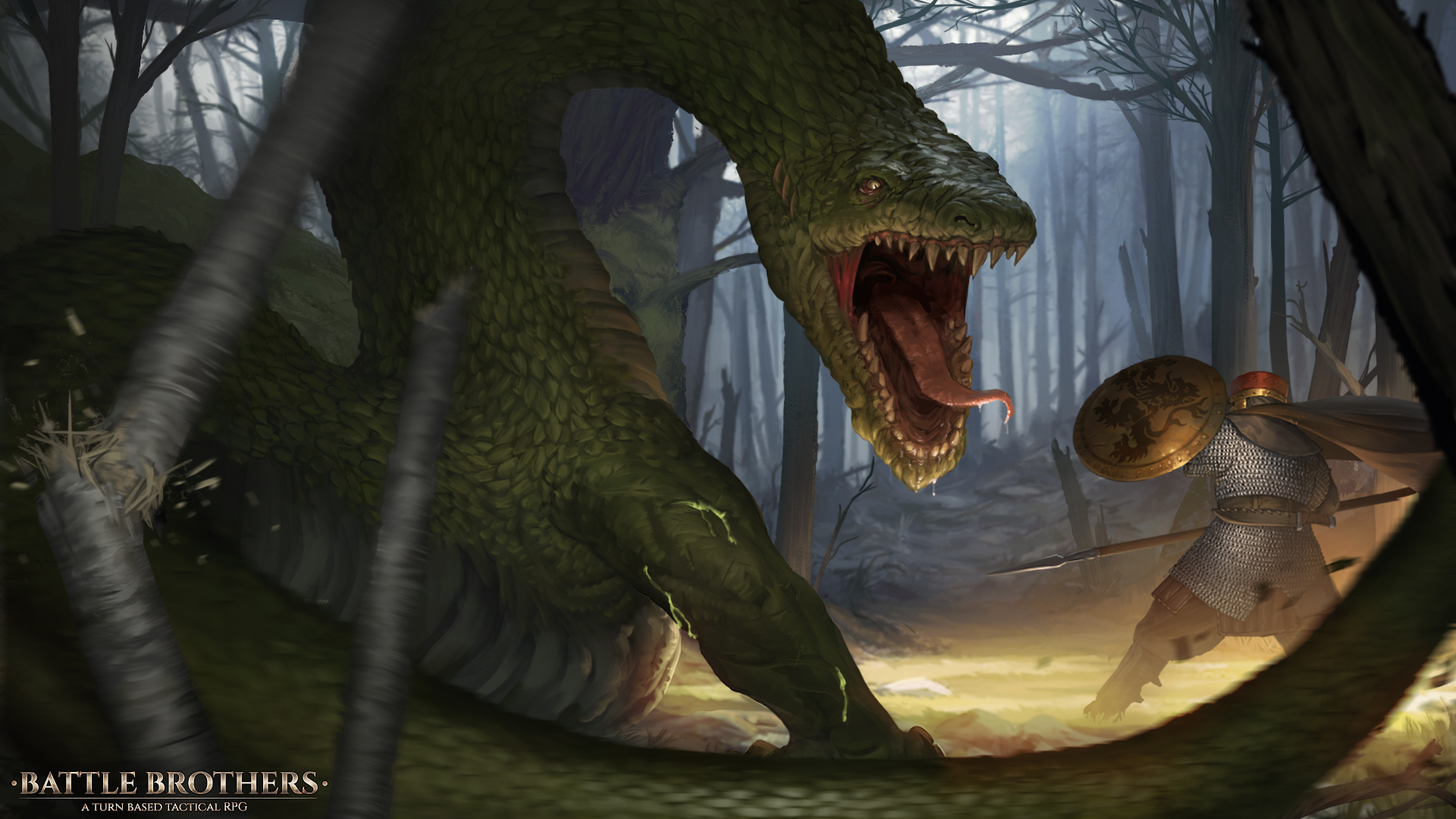 You can download a wallpaper version of the artwork above here.

In combat, the Lindwurm is the only opponent that occupies two tiles at once – one for the upper body, and one for the tail. While both are part of a single body, and thus share hitpoints, the Lindwurm can move them and attack with them separately. The Lindwurm’s mouth is armed with long and sharp teeth, which can easily tear a grown man in two. The tail is strong enough to slam against several men at once, stagger them or even knock them across the battlefield. 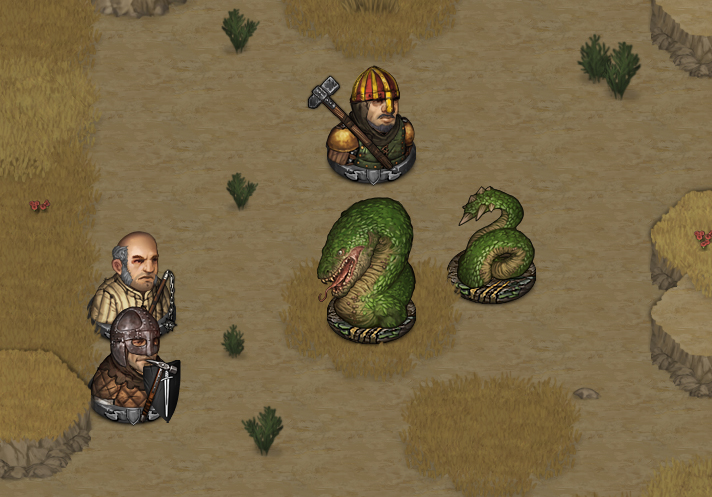 And if that wasn’t terrifying enough, a Lindwurm’s blood is also highly corrosive to many materials – including those used in armor. Whenever a Lindwurm takes hitpoint damage in melee, the attacker may be sprayed with their acidic blood, which will slowly eat away at any armor for several turns. Attacking with polearms and ranged weapons will prevent you from being sprayed with acid. On the other hand, a Lindwurm’s acidic blood can also be used to your advantage…

You’re about to get a new Lindwurm-themed set of named armor, helmet and shield, which come with the unique property of being unaffected by the highly corrosive Lindwurm blood. And then, of course, there’s a new Lindwurm-themed banner to choose for your mercenary campaign of fearless lizard hunters. 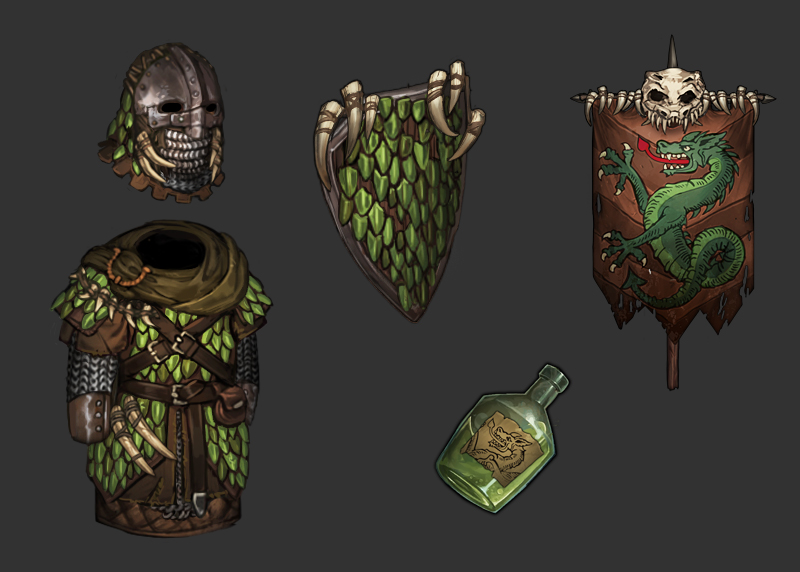 The acidic blood of a Lindwurm can be collected in flasks, which can then be thrown from the offhand in battle, shattering on impact and corroding over several turns the armor of anyone nearby that is unfortunate enough to be hit – useful against heavily armored opponents such as orcs or the later ancient dead.

When can I play it?

The Lindwurm DLC will be released on October 19th for free to every owner of Battle Brothers. It’s not necessary to start a new campaign in order for any of the additions to appear in your game.