Time for some new weapons! This update adds two new weapon types, the Two-Handed Hammer and the Longaxe, and fills some gaps in weapon progression with the Light Crossbow, the Warbow and the Fighting Spear. Let’s dive in!

What the Two-Handed Hammer lacks in grace, it makes up for with raw destructive power as it is brought down to smite your enemies. Armor is easily crushed and deformed, and the force of impact is felt even through the thickest of it. 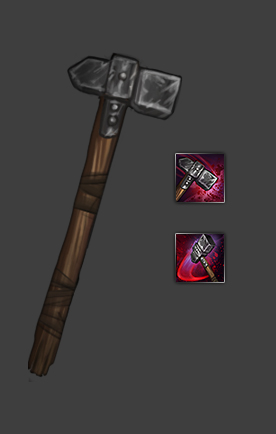 The first skill, ‘Smite’, does increased damage to a single target and will stagger anyone hit. Staggered is a new status effect that moves the afflicted to the end of the turn order if they haven’t acted already this round, and heavily reduces their initiative so that they act late in the turn order of the next round.

The second skill, ‘Shatter’, is an area of effect attack that can hit up to 3 targets and with the force of the blow has a chance to either stagger them, knock them back or just inflict heavy blunt trauma. While the base damage of some other weapons, like the Greatsword, is higher, the Two-Handed Hammer excels in fighting against heavily armored opponents and disrupting the enemy.

The Longaxe is an axe blade on a long shaft. In Battle Brothers, it joins the Pike and the Billhook as pole weapons that can attack over a distance of two tiles, beyond the reach of most other melee weapons. Its introduction comes with a rebalancing of the existing pole weapons to more clearly give each one a role they’re best at.

The Pike now inflicts lower damage, but attacks with increased accuracy, making it a good choice for less skilled fighters, and for more constant damage output. The Billhook also has its base damage slightly reduced, but the efficiency against armor increased, making it the pole weapon of choice against heavily armored targets. The Longaxe then excels against less armored targets with the highest base damage of the three pole weapons. 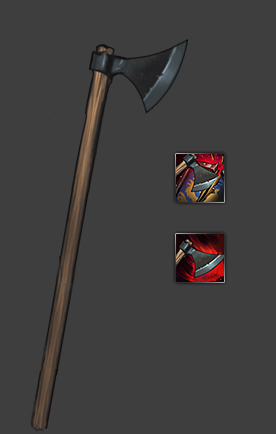