Living in the world of Battle Brothers is no picnic. Between nobles for whom you are nothing but a chess piece in their great game, beasts that want to eat you alive, and necromancers that want to raise your corpse once you’re dead, how does one make sense of it all? The free ‘Of Flesh and Faith’ DLC coming to Battle Brothers on March 10th introduces two very different paths that promise salvation from this mortal coil, manifested in two new origins to play your campaign with. This week we’re dissecting the first of these, the ‘flesh’ in ‘Of Flesh and Faith’, the Anatomists. Let’s look inside!

Anatomists are a group of researchers whose unquenchable thirst for knowledge trumps their sense for decency and their need for social acceptance. Shunned for disturbing the peace of the dead to advance the bounds of scientific knowledge, they’ve been mistaken for necromancers more than once. Theirs is a path to become more than mere men, to conquer life with knowledge about the flesh, paved with the dissection of the fallen. With about all there is to be learned from disassembly of the human body already learned, they now look to you to provide them with new and exotic specimens. Imagine what wondrous insights the study of greenskins could yield! Oh, and a great Lindwurm, imagine what secrets lie but waiting to be discovered behind their scales! 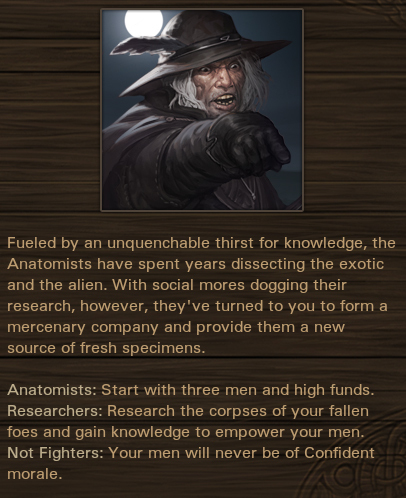 This intellectual bunch starts with three men of modest talent, but with high starting funds and unique equipment of their own. Because they’re really not fighters, but thinkers, they can never be quite confident going into battle. However, the very first time they manage to kill a specimen of any non-human opponent in the game, they’ll dissect the corpse and create one potion unique to that type of opponent. This potion can be imbibed by any of your men to permanently mutate their body in a somewhat painful process potentially involving the violent discharge of bodily fluids in order to gain special effects. If you’re aware of The Witcher, you should have a pretty good idea of how these mutations work. 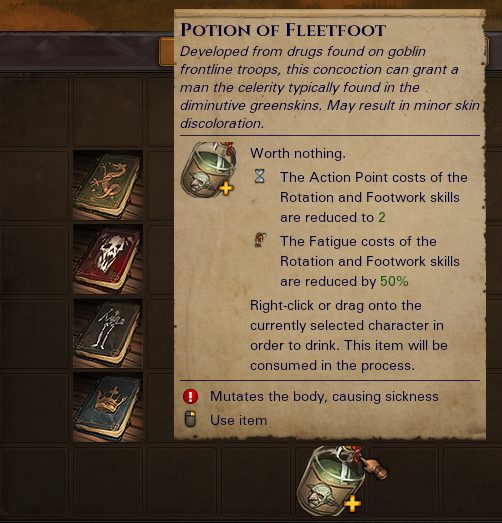 Because defeating any type of opponent for the first time grants you a potion with its very own special effect, the Anatomists have a lot of incentive to hunt down each and every type of opponent in the game – and sometimes as soon as they are able to. To aid you in this, the Anatomists also have access to four different ledgers where they make notes of any opponents already dissected. These are for beasts, greenskins, the undead, and legendary creatures – the latter allowing for potions with particularly powerful effects. Evolving your body by unnatural means is an exceptional affair, which is why it is accompanied by a bunch of new events that tell about the experience. And because a unique origin like the Anatomists should do their tainted business in style, they can also hoist an entirely new and appropriately creepy player banner for their company. 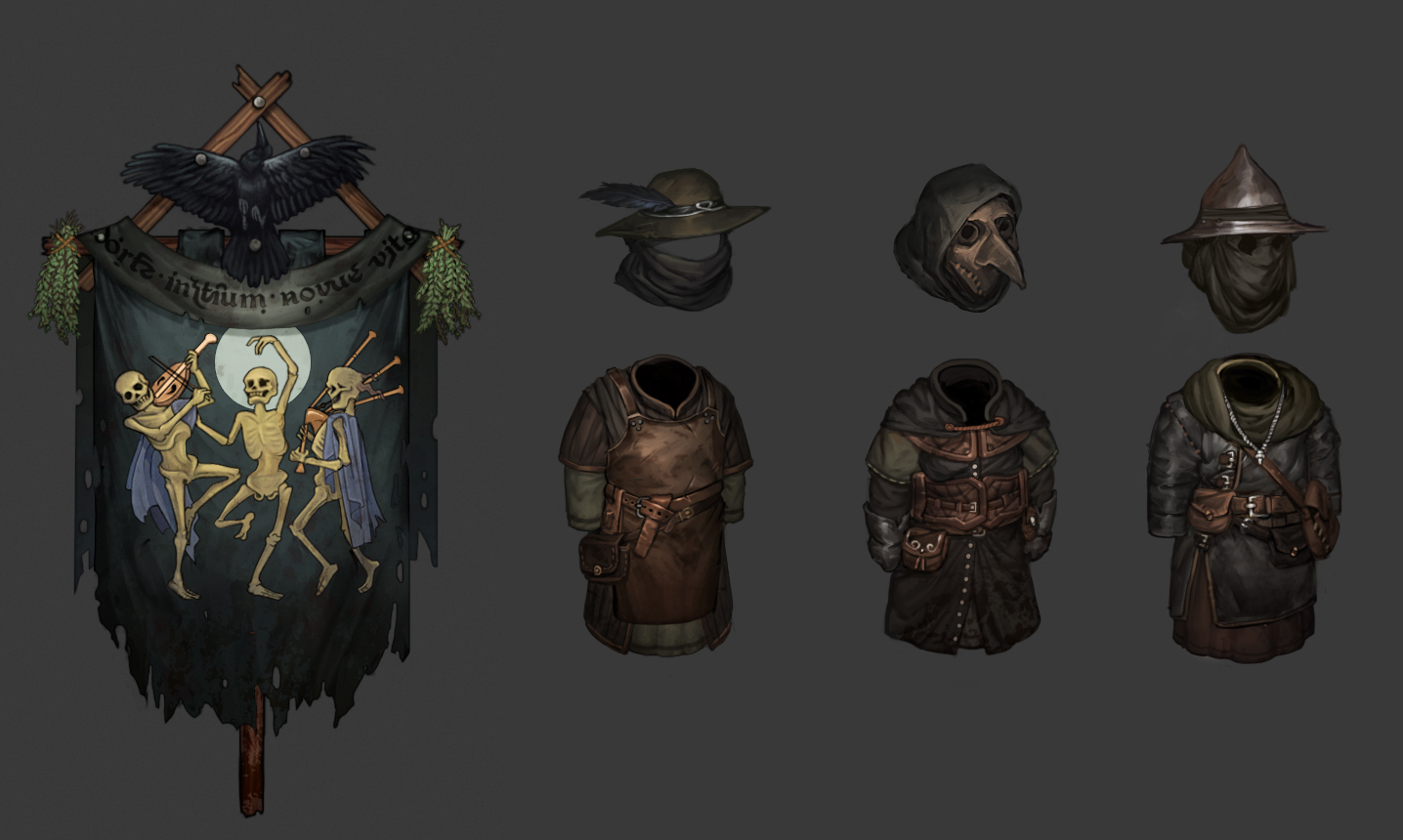 Join us again next week for our second dev blog about the ‘Of Flesh and Faith’ DLC where we take a closer look at the other new origin that offers a great purpose in life and promises a path to salvation, the Oathtakers.