The frozen and snow-covered north has taken its rightful place as an environment for tactical combat. Movement is slower here, as people have to wade through a thick layer of snow, and the terrain is open and provides little cover. The red and yellow autumn woods, on the other hand, are more similar to the forests of old, but not quite as cramped. With lots of trees and bushes they provide ample cover for both you and the enemy.

The update also introduces new weather effects. Light snow can fall in the tundra and frozen north, and the latter can see even full-grown snow storms. Note that these weather effects are purely cosmetic for now, however. We may add actual gameplay effects to them in the future, similar to how fighting at nighttime comes with a status effect, but this will require a way to convey weather on the worldmap first, since we don’t want to just randomly put you into a snow storm after you’ve already ordered the attack. 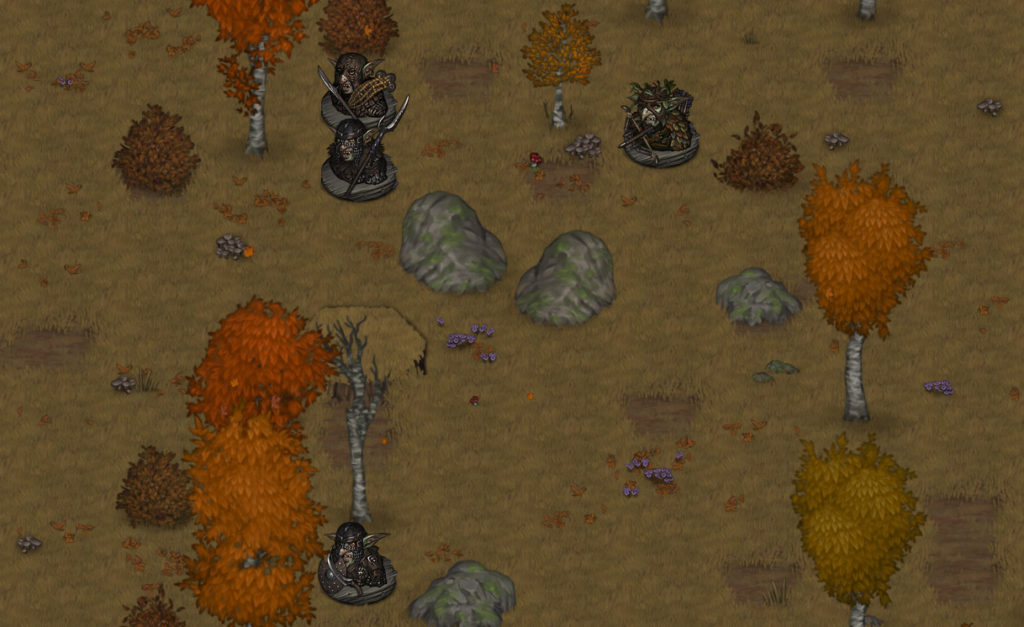