This week’s update adds a new combat environment: the tundra. Flat and stony plains, sparse vegetation and a unique look make it stand out among the growing collection of different environments to do battle in. Here’s how it looks in the game. 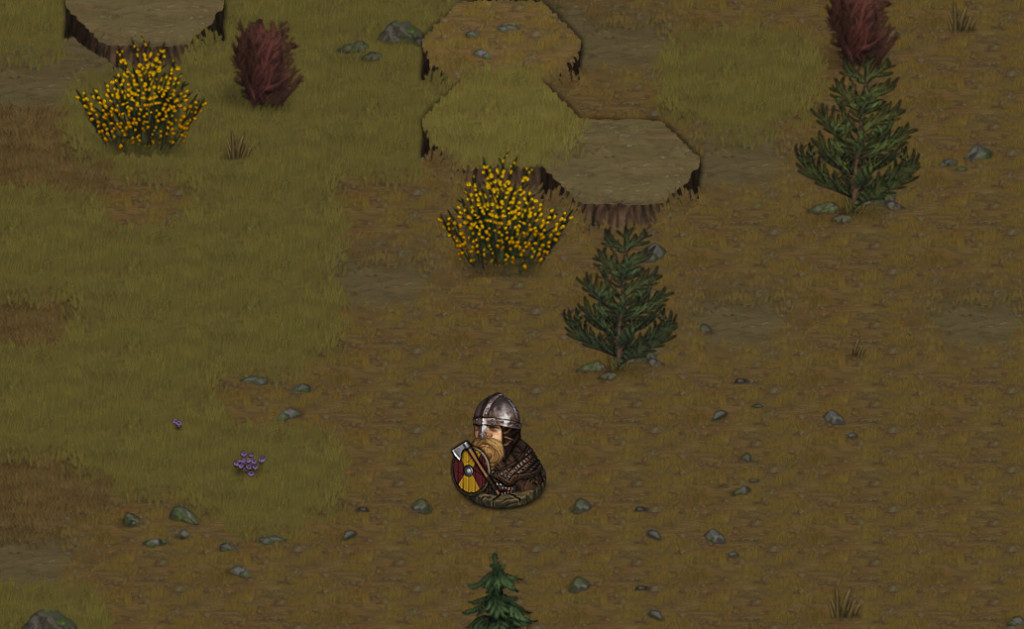 Next up is a reimagined version of the forest environment. We have a pretty good idea now on what we want to do in order to have fighting there feel unique but at the same time get rid of some of the usability issues currently haunting it. While the new forest didn’t quite make it in this week, a related quality of life improvement did. You can now find an optional ‘Always Hide Trees’ setting in the game’s option menu to always hide the top part of trees, whether they occlude a character or not.

A large chunk of the last two weeks was spent discussing where we want to take the game from here, budgeting and planning things out. You can expect the result of this, a detailed blog post about what we’re going to add to or change about the game during the remainder of Early Access, right here next week.