Last week we introduced a new gameplay mechanic with a retinue of non-combat followers coming with the ‘Blazing Deserts’ DLC. This week we’re taking a closer look at a selection of three more of these non-combat followers in order to give you a better idea on how all this is going to work.

There’s a total of five slots available for you to fill, but several times as many followers available to choose from. Choosing the right set of followers for your company is another way to customize it to your playstyle and to make each company and playthrough feel more unique. Do keep in mind that everything you’re about to learn is still under development and therefore subject to change depending on how testing goes. This is doubly true for numbers, which is why we’re not showing any of them this week. Onwards, then!

A studied man from the south, the Surgeon is a walking tome of anatomical knowledge. A mercenary company seems the perfect place both to apply that knowledge in healing, but also to learn more about how the insides of men are made up. 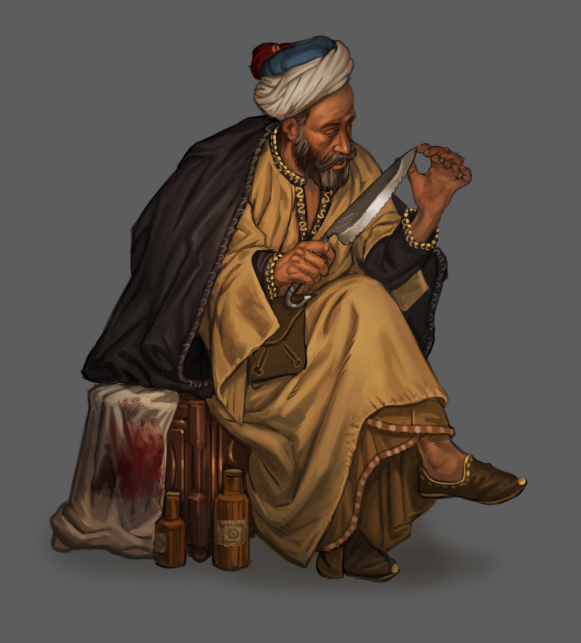 With the Surgeon in your retinue, characters that fall in battle have a significantly improved chance to survive with a permanent injury instead of dying outright. A permanent injury can still end a career, of course, but it can just as well end up being but a reminder of a particularly hard-fought battle. The important point is that now it’s up to you and no one else to decide whether to let go of a character or keep them on the roster – which can be particularly helpful in the late game and with experienced and key characters. In addition, the Surgeon also looks after injuries of the non-permanent kind, and helps your men to recover from them faster, which reduces downtime.

Whether the son of one of your men or an urchin you took pity on, the Scavenger pulls his weight by collecting bits and pieces from every battlefield. 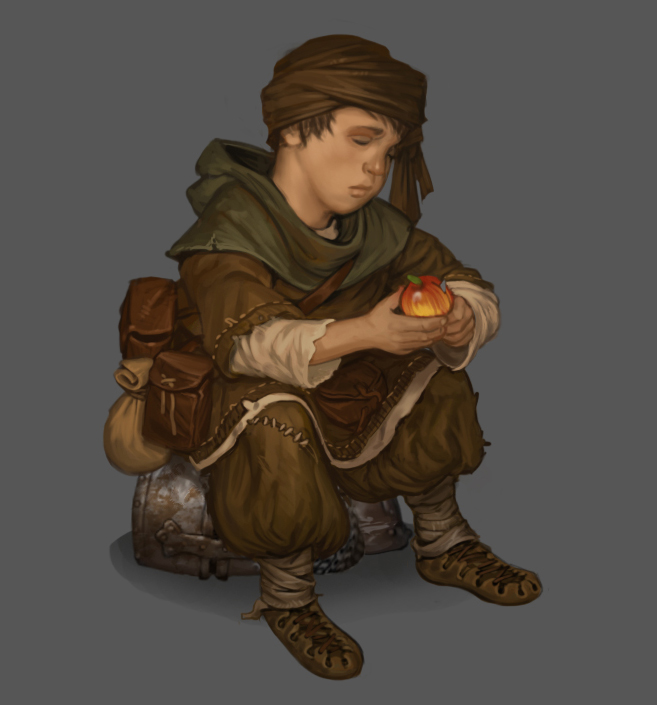 With the Scavenger around, each armor destroyed will grant you a certain amount of tools and supplies after battle, the exact amount depending on what kind of armor it was. This makes the Scavenger a useful choice for heavily armored compositions that need a lot of tools and supplies for upkeep, but also for companies that destroy most enemy armors with hammers and so can’t loot those, but in this way still receive some loot anyway, and when fighting lots of Greenskins. The Scavenger also returns a part of all ammunition you spend during a battle, making ranged-heavy companies more self-sufficient, and the use of throwing weapons less expensive.

The Cartographer is a man of culture and knowledge, but he also realizes that traveling in the company of well-armed mercenaries is one of the best ways to safely see the world and explore places that few visited before. 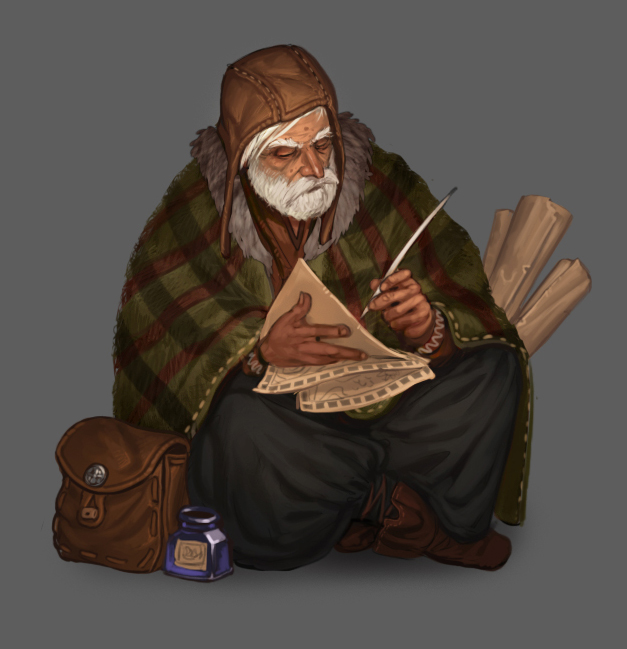 Available once you’ve found at least one legendary location, the Cartographer will pay you for each location that you discover out in the world on your own. The further away from civilization a location is, the more he’ll arrange for you to be paid. And legendary locations pay extra. The Cartographer is one example of several followers that further support specialized playstyles – if you’re more interested in heading out on your own terms, explore the world and raid locations rather than doing contracts, he’ll make this a more profitable venture. In a similar vein, there are other followers available that support playstyles like banditry, trade and hunting enemy champions for bounties and loot!