A major feature of the upcoming ‘Blazing Deserts’ DLC is an expanded south with several city states that have their own distinct culture, looks, services, contracts, and more, based loosely on medieval-era Arabian and Persian culture. Time to talk about it in detail!

The southern deserts. What is a barren wasteland now once was green and fruitful. An ancient empire ruled these lands long ago, but a cataclysmic event purged it from the face of the world along with their god-emperor, leaving but ruins and ashes. And from the ashes the belief in a new god arose, a powerful god manifest in the sun, the Gilder. And from the ruins new cities arose, the southern city states.

“Are these wastes? You see nothing but sand, air so hot it burns the lungs, ferine creatures malforming just to survive, and what of the man who strides here? Distilled to his essence. The north finds nobility between the empty chatter of their artifices. Here, nature is nobility, and under such auspices it is the strongest who rise, basking beneath the shine of the Gilder, and the weak who are burned beneath His sublimity. It is a measurement most peculiar, and one not often understood by interlopers.” 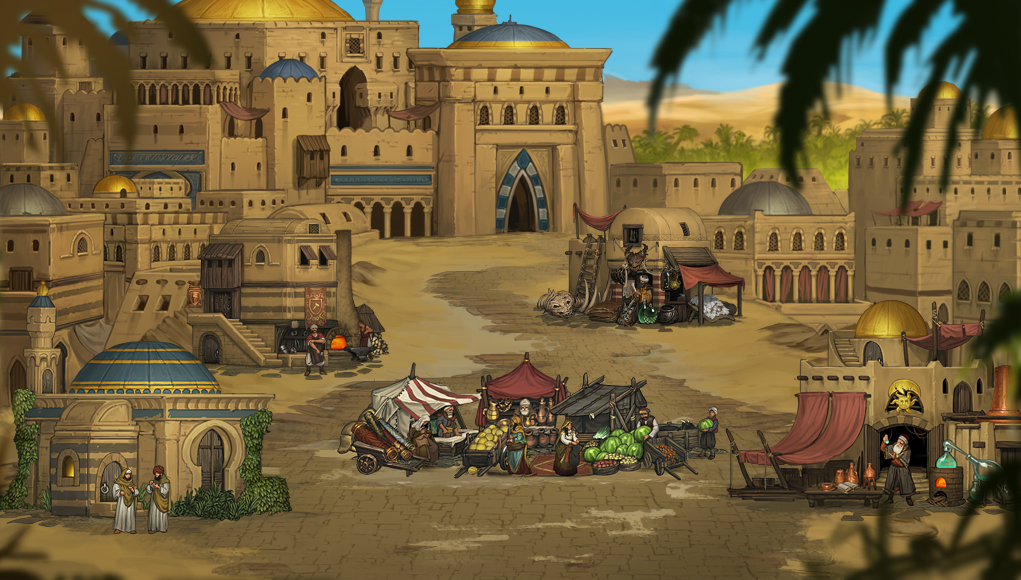 The southern city states are magnificent cities now, easily as large as the largest cities found in the north. They dot the southern deserts where water is to be found, reigning over a precious resource in the otherwise dry and blazingly hot lands. Their streets are abuzz with traders offering their wares on busy bazaars. Trade with exotic spices and fabrics has made them rich, and their wealthy elite are patrons of the arts and sciences. Advancements in medicine, astrology and alchemy are unlike anything found in the north. But much of their economy was built on the back of slaves, and life is cheap here.

The city states are not ruled by nobility, but by wealth. Ruling councils consist of Viziers, ministers each responsible for a different aspect of governing the state, elected from the rich bourgeois. So decadent and removed are they from the plight of the common man, that they regard everyone as tools used for their amusement. A mercenary captain could find plenty of work here – whether hunting down desert raiders or crushing slave rebellions – but they would also find disdain from their employers, who regard a mercenary as but a ‘Crownling’, a slave of a different kind, a slave to the coin. 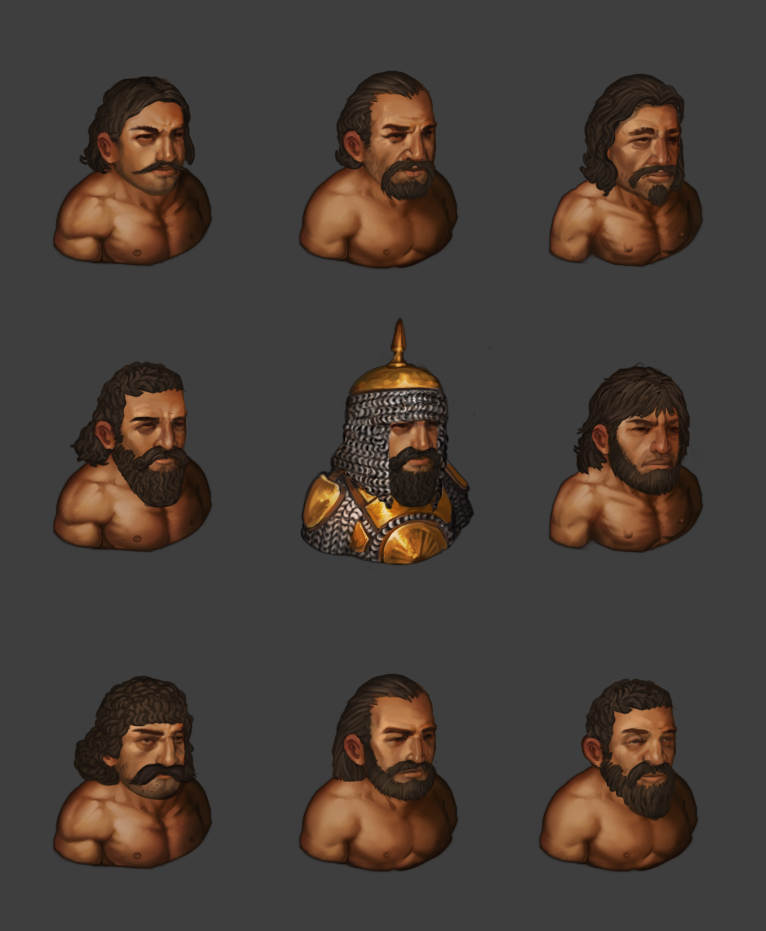 The southerners, who call themselves Gilded for their belief in their single god in whose shine they bask day in and out, are of darker complexion than northern folks. You’ll find many of the same professions here as in the north, but also some unique to their culture. For example, slaves can be bought on slave auctions and put to use even in a mercenary company. You pay for a slave once, but never pay them any wages, and the morale of southern backgrounds will not suffer should the slaves perish on the field of battle, for they are considered very much expendable here.

You’ve already learned about the Alchemist, a trader that offers unique alchemical contraptions only found in the city states. Another building entirely unique to the south is the Arena.

While northerners will duel for honor, southerners do so for the entertainment of the masses, and not always willingly. Arena fights are to the death and in front of crowds that cheer for the most gruesome manner in which lives are dispatched. It is a different way to earn money with advantages and disadvantages over mercenary contracts. 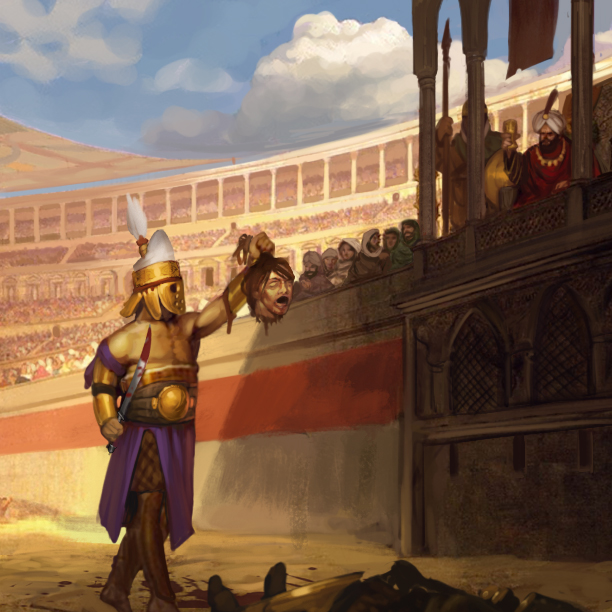 Unlike with mercenary contracts, in arena fights you’re limited to fight with but a few men of your choice against various opponents. Also unlike mercenary contracts, you’ll know exactly which and how many opponents you’re about to face – a certain number of beasts, slaves, captured desert raiders or professional gladiators, for example. There’s no lengthy travelling involved, nor ambushes along the road, and you’re paid well for victory in front of cheering spectators. However, you can’t retreat once a battle has started and you won’t be able to loot after the battle has ended. If your men survive long enough, fighting in the arena will earn them unique traits as they climb the ranks from pit fighter to champion of the arena. Naturally, there’s also a new Gladiator background to be hired in the city states.