We’ve previously covered a good chunk of what the southern city states are about. Now it’s time to take a look at some of their troops that you may end up facing on the field of battle. Charge!

Whether born into slavery, made into a slave as punishment by law, or taken on a raid into foreign territory and sold to the highest bidder on a slave auction, it’s on the back of slaves like these that much of the economy of the city states is built. But slaves are not just cheap labor in peacetime, they’re also used as expendable troops in war. 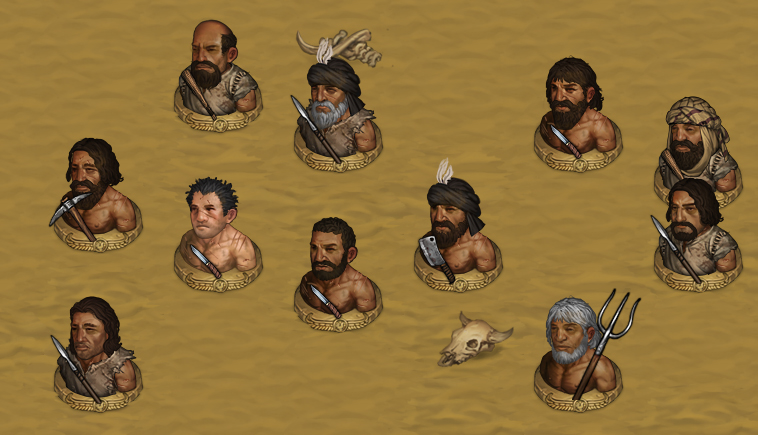 Life is cheap in the south, as the saying goes, and nothing makes this harsh reality sink in better than how the city states treat their slaves. In battle, they’re usually send first against the enemy to tire out their lines before the real battle begins. They’re poorly armed, many just carrying tools used as improvised weapons, and rely on swarming, flanking and overwhelming the enemy. They have poor morale and flee easily, but killing or breaking them does not affect the morale of any city state troops that aren’t slaves themselves. In fact, the city state troops have no qualms about friendly fire when it comes to slaves, and they may seize the opportunity that slaves provide by locking down the enemy and fire their ranged weapons into the thick of battle.

Citizens of the great city states enjoy privileges that neither slaves nor outsiders do. For example, they have the opportunity to conduct business with the legal certainty of a codified law and can even hire legal council. In turn, they also have certain obligations to their state. Having to pay taxes is one such obligation, but another one for every adult male citizen is either mandatory military service or paying a hefty sum into the state’s coffers to be exempt. The council of Viziers may decide to conscript the citizens for the defense of the city state or for otherwise protecting and furthering the interests of the state. In practise, this can mean anything between border skirmishes with other states, doomed punitive expeditions deep into the deserts to hunt down raiders, and crushing slave rebellions. 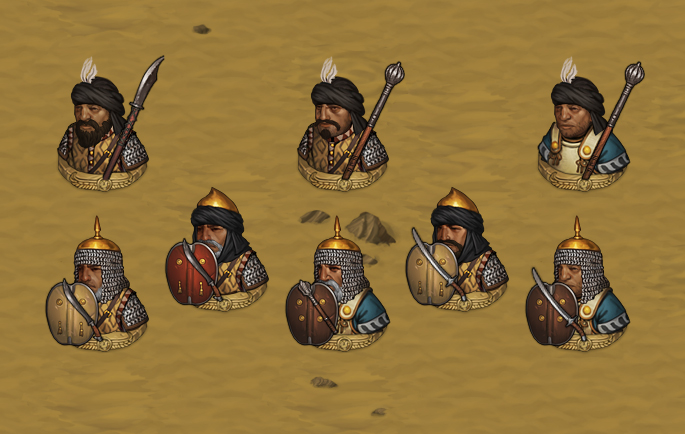 Conscripts make up the bulk of the military force of the city states. They have received some military drill and are most often dressed in a distinct southern armor made of several layers of linen, called a Linothorax, that is relatively cheap to produce. If they don’t have access to helmets, they choose to wrap cloth around their heads to protect against the sun. The color and patterns of these head wraps are often linked to a particular region of the south, and one familiar would know what place a southern conscript calls home by his headwear alone. Just before battle lines clash, Conscripts employ a unique weapon of the city states. It’s one reason why they are a military power to be reckoned with, and you’ll learn about next week in detail!

Officers of the city states are mostly made up of the wealthy who would have enough funds to buy themselves free of conscription, but seek a career commanding troops in the military by their own volition. A victorious commander will accrue influence and gravitas, and some Officers may consider the army but a stepping stone in a fledgling political career. 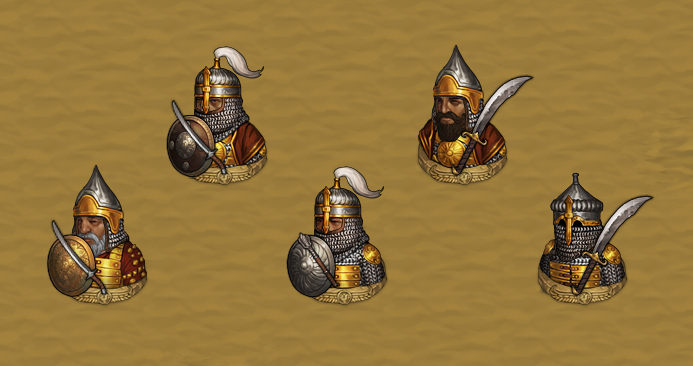 Considerably better armed than Conscripts, Officers carry finely crafted mail and lamellar armor with intricate southern ornaments into battle. Naturally, all armors can also be bought, looted and worn by your own men in the game!

Members of a secretive ritualistic cult, Assassins deal in death and provide murder as a service. They have no political ambition beyond the continued survival of their cult and that of their warped philosophy, and so act only in service to other parties, like individual city states. They’re not encountered roaming on the world map, but exclusively as part of contracts and events. 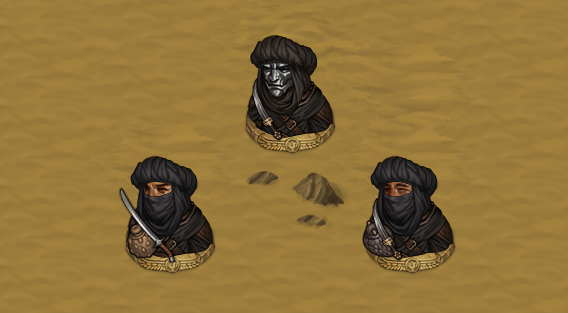 In battle, Assassins wear traditional black robes over finely crafted mail. Many also choose to exchange their own face for that of their master and founder of their cult, the old man on the mountain, by wearing metal face masks. Assassins have a nimble combat style and employ a variety of alchemical contraptions like Flash Pots and Smoke Pots to daze their opponents and move freely between them, only to then use a Qatal Dagger for greater impact on their debilitated victims.