With the ‘Blazing Deserts’ DLC releasing on August 13, we’ve now entered the final leg of development. We’re currently ironing out all the bugs and balancing issues, and we’ll be able to show you actual gameplay in motion before release. For now, let’s take a look at a new human faction that we only mentioned in passing so far. Read on!

The southern deserts are dominated by mighty city states that impose their will on the surrounding lands. Outside their gates lies barren wasteland that is home to another people, called the Nomads. They’re a proud and free people that reject the strict and sometimes oppressive city state laws, their harsh criminal system and their corruption. But by doing so, they also reject the many achievements of the city states, which, for all their flaws, are also a place where knowledge and science have displaced superstition, where there is stability and order, and where there is food and water aplenty. 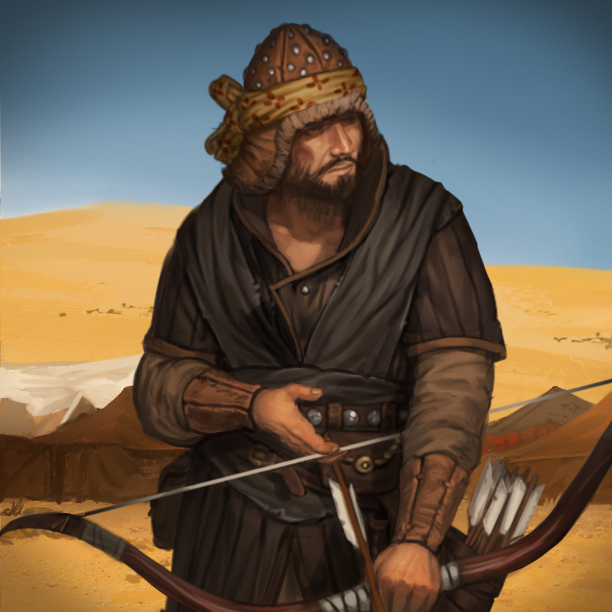 Nomads travel the barren desert from one source of water to the next, hunting and scavenging, and living the freedom that they chose. Faced with surviving in this harsh environment, many nomads turn to banditry. It’s not all of them, of course, but as a mercenary in this world it’s who you’ll be dealing with most of the time. Nomads have a roster of their own, roughly similar to that of northern brigands, but with their own equipment and a unique skill. 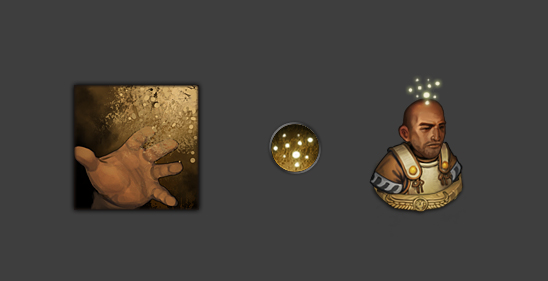 Home in the desert and experienced in desert warfare, nomads use the environment to their advantage. Quite literally, in that they may throw sand in the faces of their opponents, inflicting the new ‘Distracted’ status effect. A distracted target will inflict less damage and have less initiative for a single turn.

Nomad Cutthroats and Nomad Outlaws are roughly equivalent to Brigand Thugs and Brigand Raiders. They tend to have less armor than their northern cousins in crime, but are more evasive, and their cultural pride affords them a slightly higher resolve and thus makes them slightly harder to break. 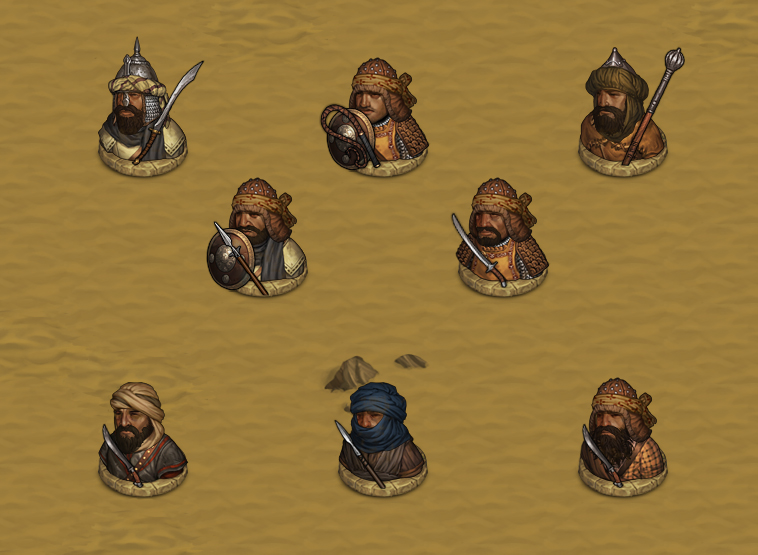 Wearing traditional nomad armor fashioned from leather and hemp, they’re armed with commonly available southern weapons like saifs, scimitars and spears, but they also make use of whips in battle and use the nomad mace not found elsewhere.

Nomad Slingers and Nomad Archers are roughly equivalent to Brigand Poachers and Brigand Marksmen. Slingers are armed with nomad slings, a different variant of the regular staff sling, while archers use the composite bow. This bow has lower range than regular bows, but performs better against armor, putting it in between regular bows and crossbows on the spectrum. 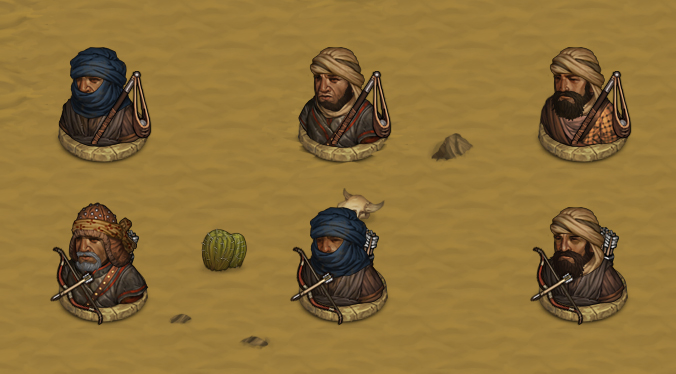 Larger congregations of nomads are led by a Nomad Leader, roughly equivalent to a Brigand Leader, and may also be supported by higher tier specialists. The Desert Stalker is a master of using bows and killing from afar, the Nomad Executioner is a heavily armed and armored individual that likes to solve disputes by slugging it out with two-handed weapons, and the Desert Devil is a bladedancer of sorts, a whirlwind on the battlefield wielding a shamshir or a swordlance. He’s not quite as skilled in a duel as a Swordmaster, but makes up this fact by being considerably more agile and less vulnerable to getting peppered with arrows. Naturally, all of these characters may also appear as champions with named gear if you own the Warriors of the North DLC.