With most of the assets for the noble houses now in place we have returned to fleshing out what you see as you enter the various settlements on the worldmap. We previously worked with placeholder images to get the mechanics down first and make sure that everything works out as planned, but now those settlements receive their final look and polish. Check it out!

The worldmap consists of a variety of different terrain and climate zones, including several new additions we introduced a while ago, and those also show as you enter settlements. As villages, cities and strongholds are located in the frozen north, buildings will be covered in snow and snowy mountains will cover the horizon. 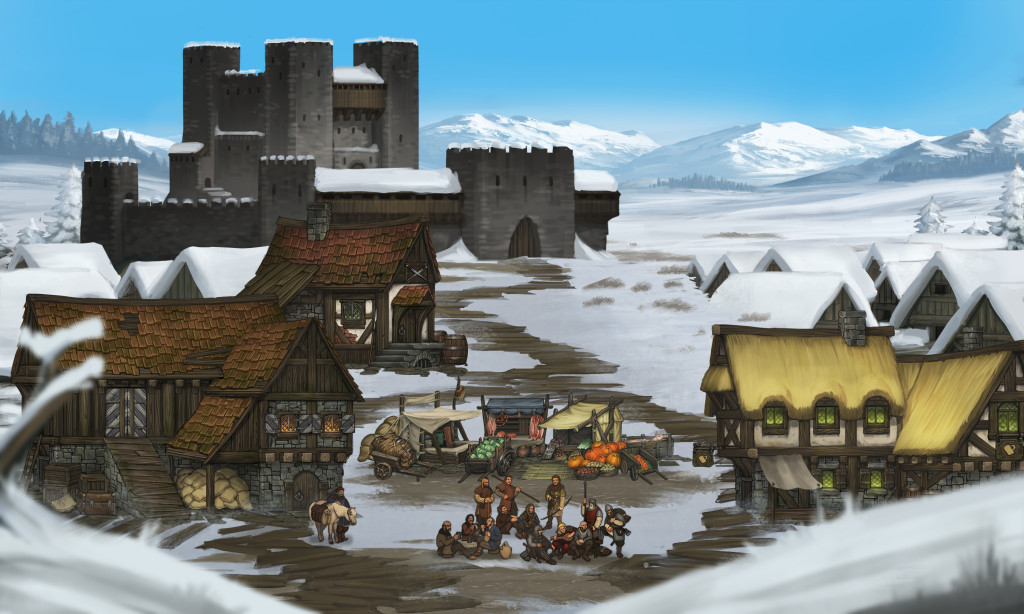 A settlement located in the wide open steppe of the south will have a much different vibe to it, as does one high up the mountains or deep in the forest. Having settlements fit their environment helps to make the world as a whole feel more coherent, and individual settlements more like real places and less generic spots on the map. After all, entering a city in the snowy north only to see lush green meadows on the inside wouldn’t exactly help the atmosphere. 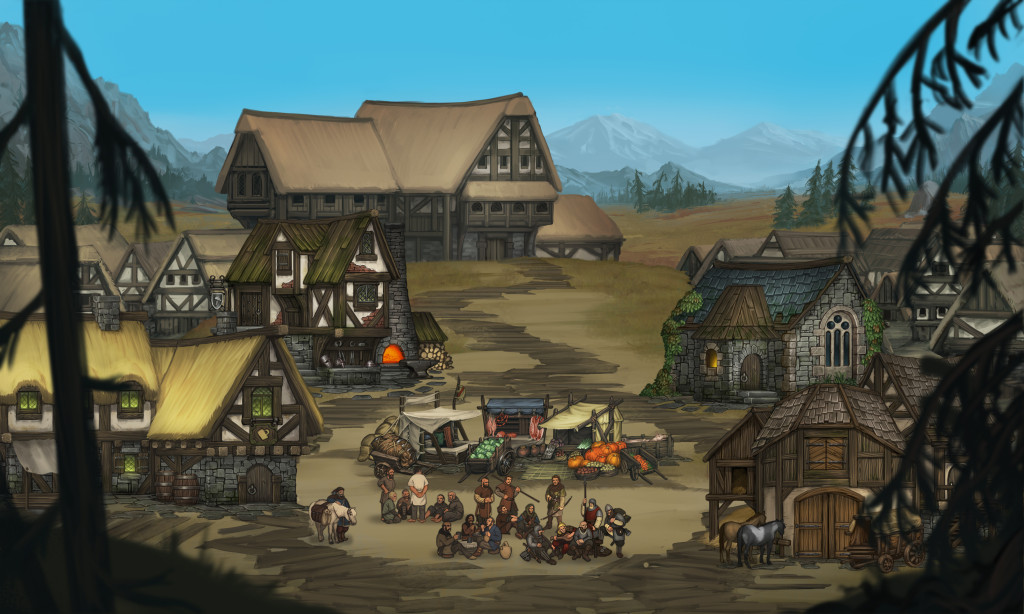 Of course all settlements will look differently during night time. The shops are closed and usually only the tavern will remain open. You will be able to spend the night there and rest until morning. Here is an example of a settlement during night time in a grassland environment. 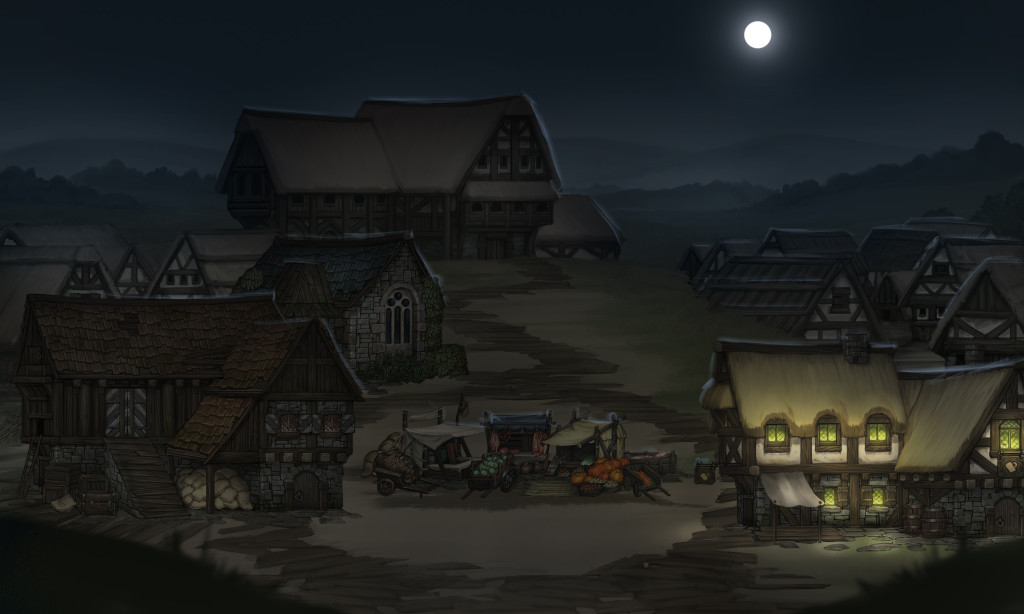 What you can’t see from the images is that we’re also creating a whole ambient soundscape for settlements depending on both their environment and the buildings within. A coastal fishing village will have you hear seagulls, a village containing a smithy will have you hear hammering on metal, and every settlement will have the sounds of people and civilization to really make you feel that you’re in the middle of a living and breathing place.

Meanwhile, work on the all-new contract mechanics continues. Next week will see a more lengthy update again as we’ll introduce how contracts now work and how you’ll be earning your crowns in the future!

Meet us in Hamburg

If you are in Hamburg you can meet up with us tomorrow 14th of November at the “Making Games Talents” conference at the HAW Hamburg. We will be representing Overhype Studios and be talking to young people wanting to get into the game industry all day so if you are in the area or attending anyways drop by and have a chat with us!