Last week we took a look at the Hexe, a wily witch that is making its way into the world of Battle Brothers as part of the upcoming ‘Beasts & Exploration’ DLC. This week, we’ll take a look at the Unhold, a more down-to-earth type of enemy that is intended to spice up the mid game with its physical presence. Let’s go!

The Unhold is a lumbering giant, easily the size of three men, and dwarfing even the tallest orc. It eats whole sheep for a snack and empties a pond to wash it down. There’s tales of enraged Unholds leveling remote farms and plucking the limbs off of unlucky farmers like wings from insects, but closer examination will reveal that Unholds aren’t malicious creatures. They’re fiercely territorial, but may often be content to persuade with ear-deafening bellowing and threatening gestures any invaders to run for their lives. The Unhold is a somewhat solitary creature and can be found either alone or in small groups only.

The upcoming DLC will assign to all the beasts distinct habitats around the world, but the Unhold actually has several, because it comes in three regional variants. The most common variant is found in the northern tundra and hills. Another variant is said to be found in swamps and sometimes forests, where they inhabit caves. The fiercest is the northern variant found in the snowy wastes, with white fur that protects equally against cold and steel. Click here for a wallpaper of the artwork below. 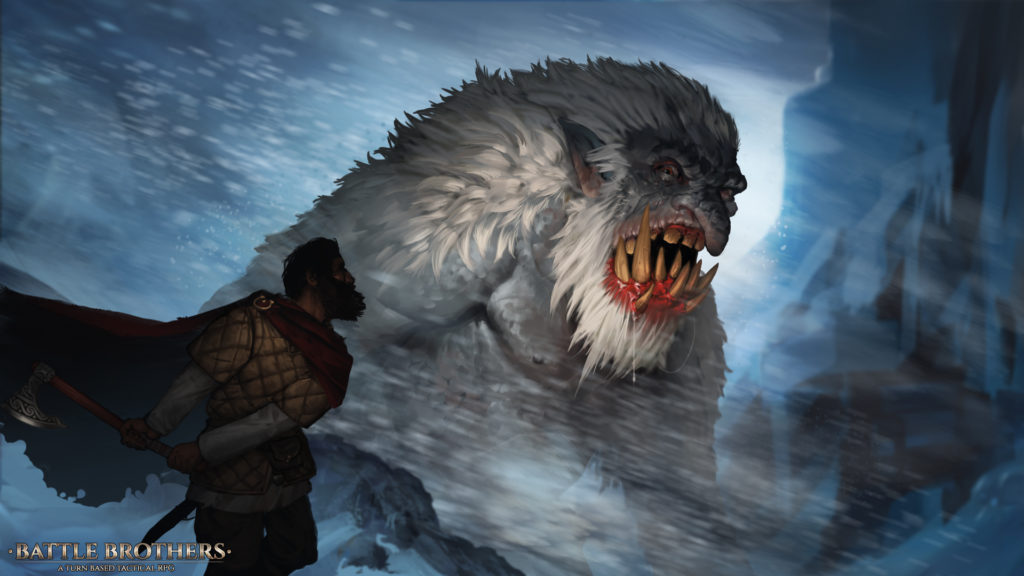 The Unhold’s theme in the game is displacement, and all of his skills center around it. To this behemoth, zone of control means little, as he will constantly shuffle the battlefield and demand smart repositioning by the player to protect their weakest characters, and allow the strongest to bring their weapons to bear on the beast. Unholds have little to no armor, depending on the regional variant, but they possess the unique ability of healing wounds slowly over the course of combat. Luckily they can’t heal injuries, like a broken leg, the same way, but the longer combat drags on, the more their regenerative abilities will work in their favor.

The Unhold’s first skill is called ‘Unstoppable Charge’ and works similar to the charge that orcs employ. When charging, the Unhold hurls himself towards his opponents with such force that it can’t be defended against with a spearwall, it stuns or knocks back several people at once, and it also dazes the Unhold himself as he makes impact, so he isn’t able to charge and attack in the same turn. 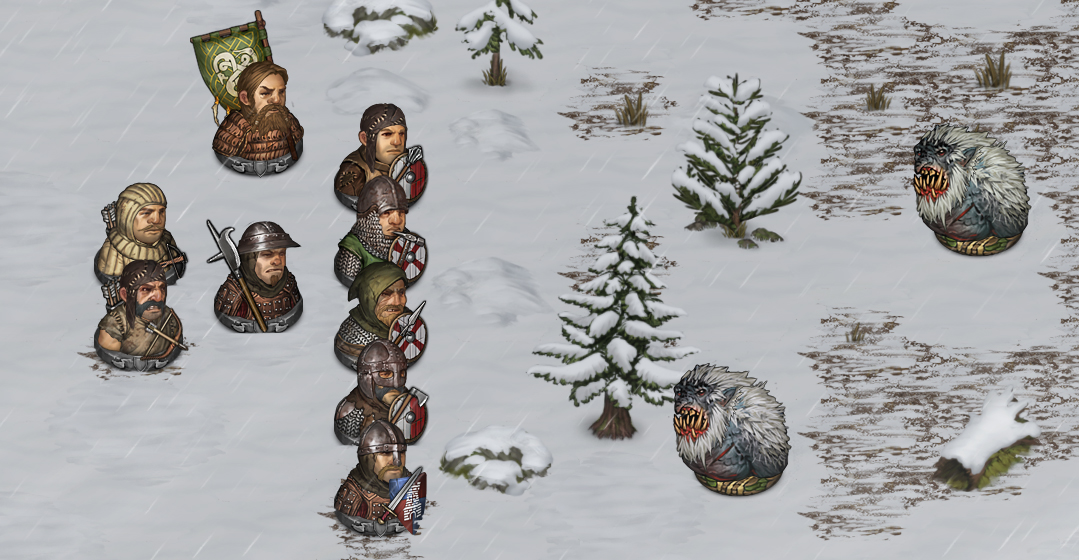 The second skill is ‘Fling Back’ and allows the Unhold to grab any opponent in his way and fling them back over his shoulder like a plaything, taking their place in the process. Using the ‘Indomitable’ perk will guard against it, but anyone flung like this will receive falling damage. By tossing his opponents around, the Unhold can slowly make his way wherever he wants to go.

Once in melee, the Unhold uses his massive fists to make sweeping strikes that can hit up to three targets at once with so much force that there’s a chance they’ll be knocked back. Because the Unhold will constantly knock targets away from himself, he’s rather bad at focusing down a single target, but he excels at battering down a group of people over time. Individual attacks of the Unhold aren’t the most damaging, especially to armor, but he has the potential to make a real mess out of your plans if you don’t adapt fast enough.