The upcoming ‘Beasts & Exploration’ DLC will add a variety of new beasts to the world of Battle Brothers, and we want to provide a good mix of opponents that are straight-forward to fight, and opponents that offer a more complex challenge which can’t be solved with heavy armor alone. This week we’ll take a look at the second and last spellcaster of the expansion coming soon to haunt your dreams: The Alp. Let’s go!

In German folklore, the Alp is a malicious creature responsible for nightmares. In fact, to this day the German word for nightmare is ‘Alptraum’. It shouldn’t be a surprise then that the themes for the Alp in Battle Brothers are sleep and nightmares. 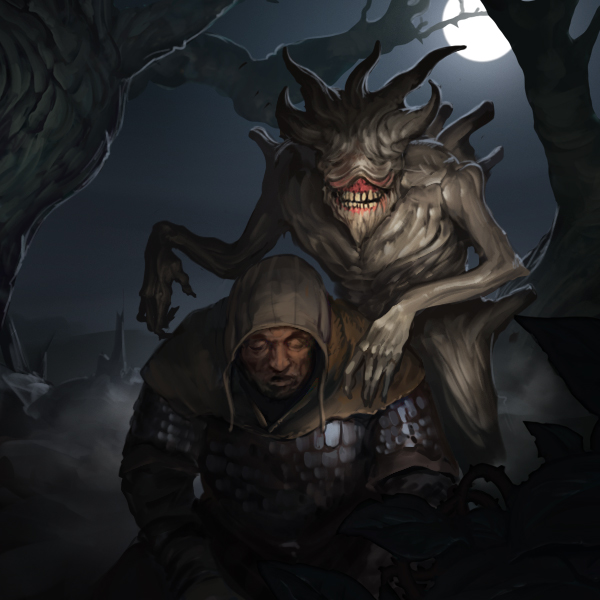 The Alp is a pale and haggard creature. It encroaches on settlements in the cover of night, invading the sleep of its helpless inhabitants with ghastful visions, and feeding on the fear and anguish of its victims like a parasite. Scholars speculate that Alps didn’t always look and behave like they do now; most Alps have eye sockets, but no eyes, and mouths with teeth, but only a rudimentary digestive system. Their pale skin peels like old parchment, their bones are frail, and their insides are dark and show signs of decay. Perhaps the Alp is the victim of an ancient curse, or perhaps it simply evolved from a different creature to the nocturnal predator it is now. Whatever it is, don’t fall asleep! 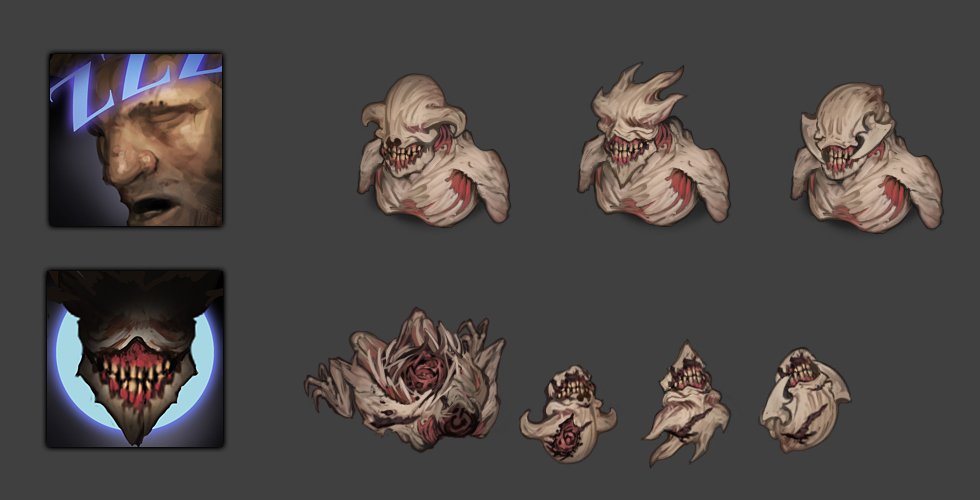 The Alp has two synergizing skills. The first one is called ‘Sleep’ and is an area of effect spell that can have multiple targets at once fall into an unnatural sleep. The spell can be resisted with a successful resolve check by those determined enough to stay awake, but anyone failing it will gain the ‘Sleeping’ status effect. Sleeping characters can not act, and they can’t evade or block attacks. There’s a chance that characters will awaken on their own each turn, based on their resolve and on for how long they’ve been asleep already. In addition, taking damage will wake a character immediately. Most importantly, however, any characters next to them can use the new ‘Wake Ally’ skill to reliably wake them – making cooperation and smart positioning essential when trying to beat an Alp.

The second skill of the Alp is called ‘Nightmare’ and can only be cast on a single target which is currently affected by the ‘Sleeping’ status effect. A character trapped in one of these unnatural nightmares can not act and, as dreadful visions slowly eat away at their sanity, will continually lose hitpoints each turn, the amount of which depends on their resolve. Unlike with the ‘Sleeping’ status effect, a character will never awaken on their own, and not even taking damage will break the nightmare’s hold. The only way to make it stop and save a character from eventually dying in their sleep is a nearby ally using the ‘Wake Ally’ skill. Because only sleeping characters can be affected, you can see at a glance who is threatened by the Alp, and there is a clear counterplay in denying the Alp the opportunity of using its most powerful skill. 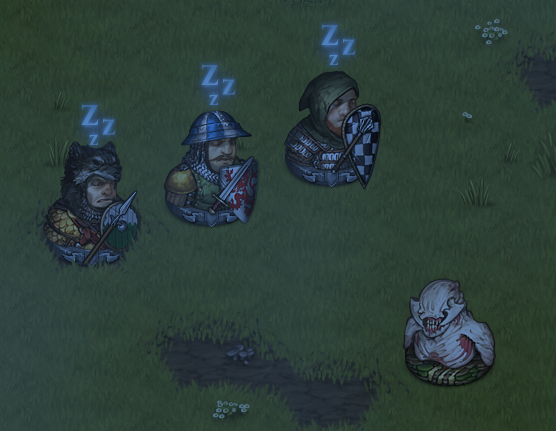 Alps feed on the fear and terror of the victims they haunt, and grow stronger by it, but the only way they can actually hurt someone is in their sleep. The more characters sleeping and suffering from nightmares on the battlefield, the otherwise physical body of the Alp shifts into the realm of dreams, where he is untouchable. Alps have relatively fragile bodies, and no means to fight in melee at all, but existing partly in the dreams of their victims, they can become very hard to kill. Mastering your own fears and not letting your brothers succumb to sleep, then, becomes essential in order to take away an Alp’s source of power, lest you want to fight a nightmare come manifest.