Last week we’ve talked about the introduction of different human factions to the world of Battle Brothers, another important feature that will change how the game is played. We’ll continue this now and talk some more about noble houses, settlements and relations, as well as what place Orcs and Goblins now have. Let’s get started!

We’ve already talked previously about how settlements on the new worldmap are quite a bit more numerous and diverse. What you probably don’t know is that those settlements are also small factions of their own. Whether independent or controlled by a noble house, these factions are represented by a mayor, elder or ruling council and have their own agenda – mainly revolving around protecting their people and trade opportunities. Consequently, they’ll offer different kinds of contracts to the player than noble houses might do. Less concerned with global politics, and more about what is going on in their immediate area.

Noble houses each start with a small region consisting of several settlements under their control. For most, that isn’t enough, however, so they’ll seek to gain control over more settlements, whether they’re neutral or need to be wrestled from the hands of other house. Depending on a noble house’s traits they have a variety of measures to bring a settlement in their sphere of influence. This can be precious bribes, intimidating village elders or helping settlements against threats like orc raids. The conflict between noble houses while competing over settlements will be one of the core drives behind the game by creating various contracts for the player to pick up. 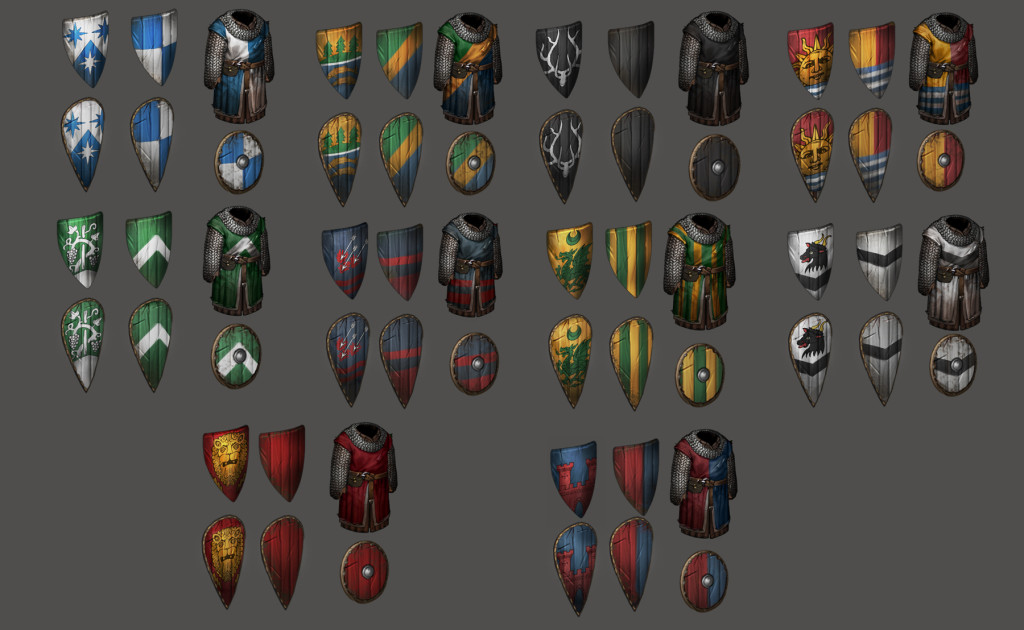 Noble houses don’t rely entirely on mercenaries, of course, but can also muster troops of their own. The above image shows a selection of shields and armor bearing their banner for a nicely consistent look on the battlefield.

In order for the world to feel reactive to the player’s behavior and to introduce more consequences to your actions, we’re introducing a relations mechanic. The player will have a relation value to each and every faction, including independent settlements, and this value determines how positive or negative the player is viewed by them. For example, relations will drop if the player attacks a village’s trade caravan or does anything else detrimental to that village. On the other hand, relations will improve when the player helps out a faction by completing contracts for them.

Relations can have consequences all the way from lower prices, better contract conditions and more potential recruits, down to merchants refusing to sell anything to the player out of spite or even people attacking the player on sight. Because completing contracts for one faction may often be to the detriment of another, it’s up to the player to navigate in a way that they don’t make more enemies than they need to.

The enemies will also see some changes in order to fit into the new order of things. Much like the different human noble houses, Orcs and Goblins, too, now consist of several individual factions. Different Orc clans will act independently from another, and will for the most part also attack each other. The same holds true for different Goblin city states. 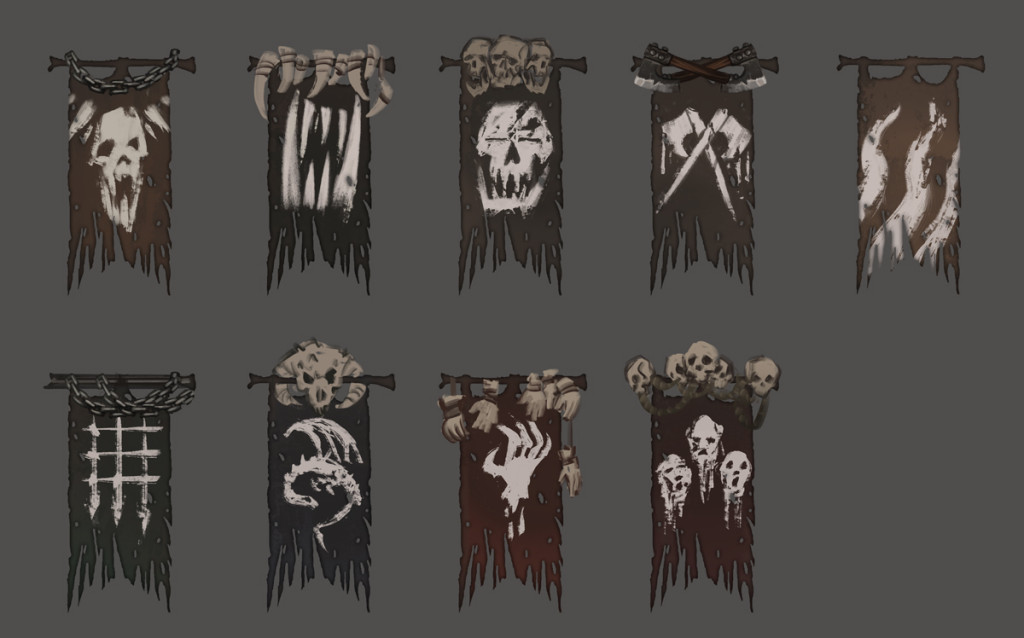 For the new worldmap, we want the different kinds of enemies to feel much more distinct, both by where they appear and by what kinds of actions they can perform. To be more in line with our lore, Orcs will now truly be nomadic in nature; individual clans are massive hordes that never stay in one place for long and leave a wake of destruction wherever they happen to travel. Goblins, as per their lore, will now live in large underground cities in mountains. 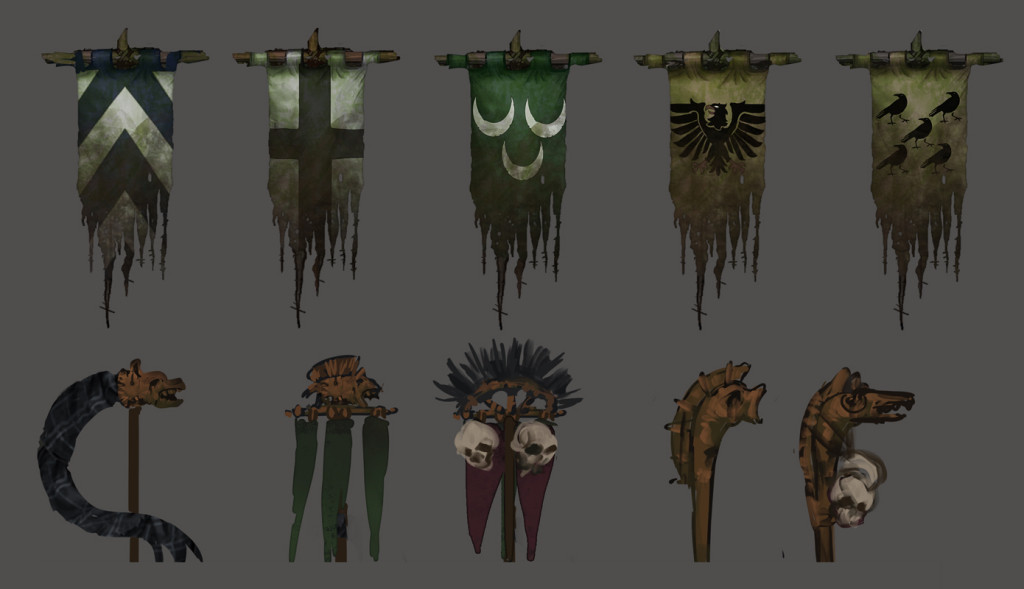 What about the greater evil? As we explained in last week’s progress update, we want to shift the game’s focus away from the notion of a single great threat every game that also determines the winning condition of a playthrough. This concept just doesn’t fit well the open world approach we decided to go for. Not all is lost, however, as Orcs, Goblins and Undead can now experience special events causing a surge in power. As individual orc clans unite for a time and sweep across the world, or the undead rise from their graves, new challenges arise for the player. Repelling an invasion such as this will no longer end the game or be a winning condition, but will bring variety to the game and change the playing field without constricting you to follow a linear story.